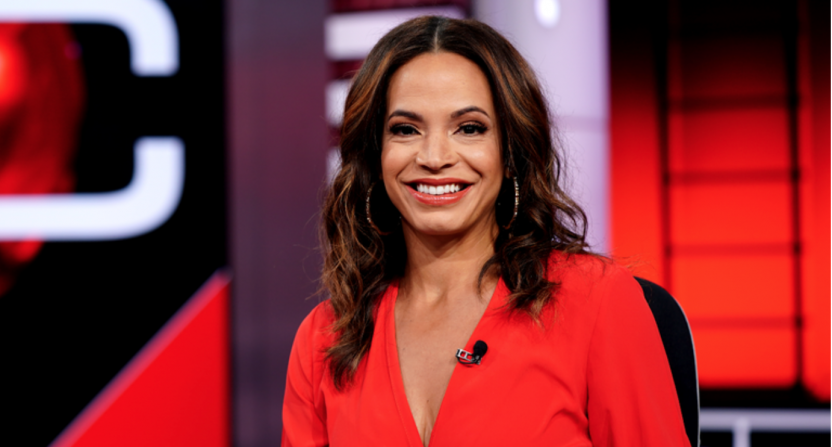 ESPN anchor Elle Duncan recently revealed that she left her job at NESN in 2016 because of the racism she faced during her three years in Boston.

She was compelled to speak out in response to Torii Hunter discussing the racist abuse he endured from Red Sox fans while playing at Fenway Park during his major league career. That led him to list Boston among the teams in his contracts’ no-trade clauses.

The Red Sox soon released a statement supporting Hunter, acknowledging the racist taunts and insults visiting players and ballpark employees have faced from fans. That inspired Duncan to share her experience working in Boston.

I always dreamed of hosting a sports show. And did that @NESN in BOS. And then chose unemployment over staying there because of the hate and racism we faced living in that city. The network was a safe haven and I met lifelong friends there— but it ended outside of that building

Some doubted Duncan’s account since she went directly from NESN to ESPN. But Boston Globe sports media columnist Chad Finn Duncan up, reporting the actual timeline of events. Duncan told her NESN bosses that she wanted to leave, but didn’t have another job lined up at the time.

Three months later, however, she auditioned with ESPN and was hired before her NESN contract officially expired.

To anyone questioning the timing of Elle Duncan’s departure from NESN four years ago, you shouldn’t be. Here’s how it went down. pic.twitter.com/Wi8a0yTMaR

On Tuesday, Duncan appeared on WEEI’s “Dale and Keefe Show” to explain her story further, going into detail about her decision to leave Boston and eventually move to ESPN.

“I never really discussed it publicly, sort of the experiences that me and my husband — then-fiancé — had in Boston,” said Duncan, “because I knew that based on prior experience and history that Boston is incredibly defensive when it comes to any accounts from Black people about any potential racism that they’ve faced there.”

ESPN’s Elle Duncan talks about her decision to leave Boston because of racism she faced: pic.twitter.com/JoXYHmjlf0

Asked if there was any particular incident that pushed Duncan to leave Boston, she explained that it was a culmination of experiences that she and her husband faced.

“We certainly were no strangers to sort of microaggressions, some aggressions, what racism looked like or what it felt like,’’ Duncan said.

ESPN’s Elle Duncan explains what compelled her and her husband to leave Boston in 2016 while she worked at NESN: pic.twitter.com/2nc3KTM46b

You can listen to the entire interview at WEEI.com (the conversation begins at the 21:31 mark). Duncan recounts plenty of other encounters she and her husband had at restaurants, bars, and parties in which they dealt with racism. While she’s careful to note that she’s not talking about the entire population of Boston, recent accounts from Hunter, Adam Jones, and Michael Wilbon, along with her own experiences are enough to indicate a significant problem.

Thank U @DaleKeefeWEEI for giving me time to talk about my time in Bos. I honestly believe the overwhelming amount of good Bostonians don’t want their cities legacy to be that of a place more intent on invalidating experiences of racism rather than working to move past them. ????????

As more attention is directed toward systemic racism in this country in light of the George Floyd murder and subsequent protests, many are feeling more comfortable with telling their stories of persecution and abuse they’ve encountered. Uncomfortable truths need to be exposed if they represent what people have lived through. And those sharing their experiences shouldn’t be attacked or doubted for revealing behavior that some might not want to be highlighted.

Kudos to Dale Arnold, Rich Keefe, and WEEI for giving Duncan a forum to elaborate on her comments.