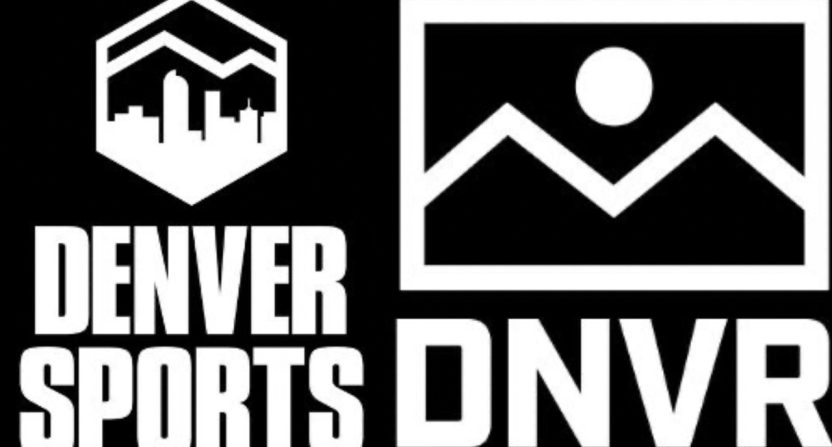 DNVR claims the Denver Sports logo is too similar to theirs.

Westword has a general timeline of the case. A cease-and-desist was issued by DNVR’s legal team to Denver Sports owner Bonneville International on January 6, three days after the launch. After Bonneville didn’t abide by the terms of the cease-and-desist, which included taking down the logo, a complaint was filed in U.S. District Court on January 13 citing “trademark infringement, unfair competition, trade dress infringement, dilution by tarnishment, and tortious interference arising out of Bonneville’s trademark infringement of Plaintiff’s trademarks.”

The cease-and-desist was addressed to Denver Sports’ Raj Sharan, Sharan, who is also the program director of The Fan, denied the accusations.

“Bonneville denies the allegations, which have absolutely no merit, and our legal counsel is preparing a formal response. Denver Sports remains committed to delivering the most in-depth and inclusive local sports content for all Denver sports fans.”

In a tweet thread by ALLCITY CEO Brandon Spano, the parent company of DNVR, he outlined the basis for DNVR pursuing legal action, including filing an injunction on Denver Sports.

“I want to make this statement so that our community understands why we’re doing this.

“We hate media beefs as much as everyone else but we can’t allow someone that represents the exact opposite of us to damage the goodwill of our brand or create confusion in the community.

“And since The Fan launched their new @DenverSportsCom brand, between the replies and quote tweets, the Instagram messages, and even comments on our live shows, we have seen exactly that.

“Our branding was created purposefully, to be different from the way sports networks traditionally looked. To represent the city of Denver in a simple way while removing us from the gloss and pretentiousness of sports media. To create something that brings people together.

“We actually launched the network with our boxed/stacked logo and some said it looked like DAZN, which is a network that we weren’t overly aware of at the time.

“We never used that logo online again. We don’t want to look like anyone else. Why would we want that?

“But The Fan doesn’t seem to share that same sentiment. Whether it’s social graphics or YouTube thumbnails, and now the new branding, they seem to only care about looking like @DNVR_Sports.

“And at this point, we have to at least attempt to protect our brand.

“Many of us have friends that work for that network, that we have a lot of respect for, and this isn’t meant to discredit them. I do think it’s strange though that almost none of their employees shared the new brand announcement including the digital editor and program director.

“And since the launch, some members of their staff have even apologized to our staff.

“Why create a brand that you’re people aren’t proud of?

“We have worked very hard to make DNVR what it is today and we cannot just allow a company to drive negative engagement and divide the community under a banner that can be mistaken for our own.

“We sent a cease and desist last week that was not responded to and now, because of that, we’re filing an injunction. Maybe we win it and maybe we don’t but we at least have to stand up for ourselves and protect what we have built.

“Thank you all for supporting us for so long. You will never know how much we appreciate you.

“If you have any questions, I would be more than happy to answer them.”

The legal system is complex, so who knows what happens next? But this probably isn’t ending anytime soon.