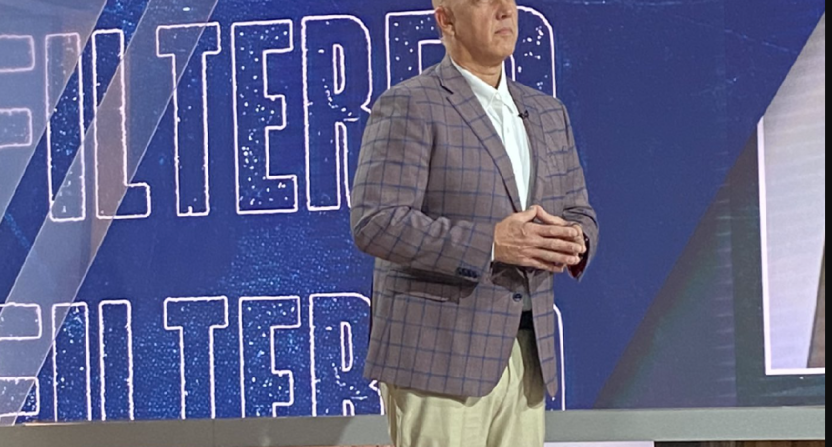 David Kaplan had been a fixture on Chicago sports television for years, until his SportsTalk Live on NBC Sports Chicago was a casualty of the pandemic in 2020.

Now he’s coming back, as NBC Sports Chicago seeks to rebuild their original content offerings. Kaplan will be returning on Monday, April 4th, with Unfiltered. As you might expect for any sports media offering debuting in 2022, it’s heavily in partnership with a gambling company, and will feature plenty of gambling-related content in addition to the sort of Chicago-centric sports talk Kaplan has made a career of.

NBC Sports Chicago will air and livestream a new weeknight show, Unfiltered with David Kaplan sponsored by PointsBet, starting Monday, April 4 at 6 p.m. Award-winning sportscaster and Football Aftershow host David Kaplan will bring the entertainment to sports talk with his honest take on all teams. Kaplan will dive into trending sports topics, pop culture and candid conversations with players, coaches and insiders. C

“Kaplan not only lives, eats, sleeps and breathes sports, but he’s also wildly entertaining. His passionate opinions always get people talking. This high-energy show will be for every type of Chicago fan and we’re excited to blend sports and entertainment,” said John Schippman, VP of Sports Content at NBCUniversal Local Chicago.

The move comes as NBC Sports Chicago faces actual local competition for the first time in a long time. Marquee Sports Network has shown a willingness to expand programming beyond their relationship with the Chicago Cubs. That isn’t surprising, of course; even with the tremendous inventory of content an MLB team provides, there’s a lot more time to fill for a 24-hour network. Marquee has added Chicago Bears programming, and it’s not hard to imagine further expansion or possibly even rights bidding in the future.

Kaplan is absolutely a brand name in Chicago sports television, and bringing him back to the air five days per week is a very understandable addition as NBC Sports Chicago moves to replenish their original content going forward.