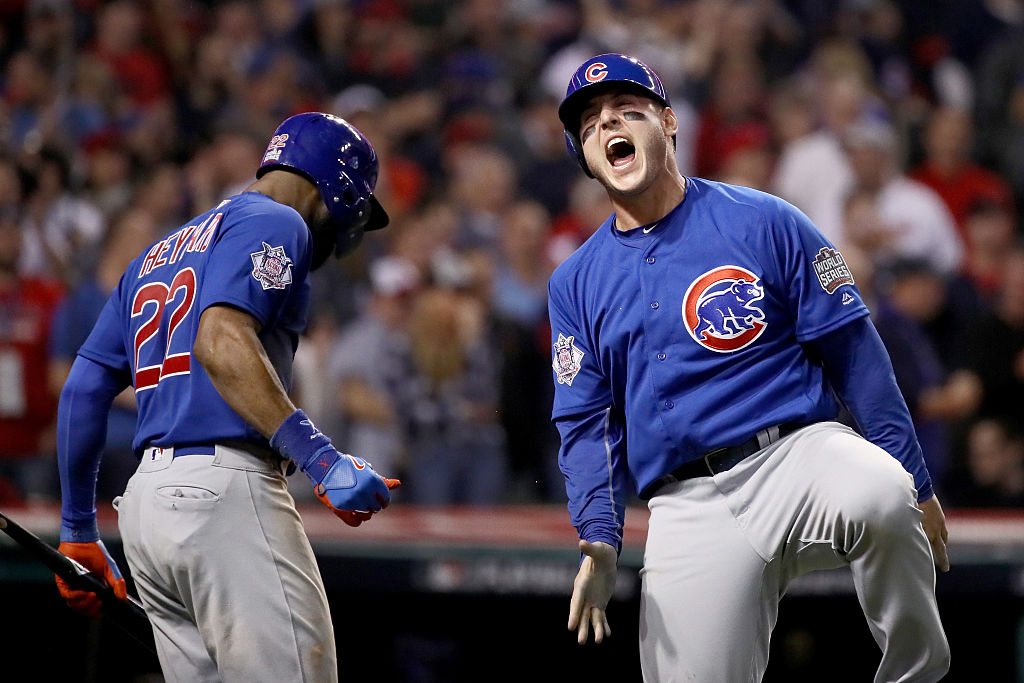 No Major League Baseball team (or any sports organization, for that matter) wants to leave money on the table. When the opportunity presents itself to maximize profits, teams and their owners are going to pounce on that additional revenue.

Crane Kenney, the Chicago Cubs president of business operations, put it in rather obvious terms at the team’s fan convention on Saturday. “It’s a great time to be us,” he said to the Chicago Tribune‘s Mark Gonzales. One season removed from a World Series championship, the franchise’s first since 1908, and boasting a roster of young talent that figures to be a title contender for the next several seasons, the Cubs are enjoying some lavish prosperity. And the team wants to capitalize on its current good fortune.

The Cubs’ TV contracts with NBC Sports Chicago, ABC-7 and WGN-9 expire after the 2019 season, which presents an opportunity to create their own regional sports network. As Gonzales writes, Cubs owner Tom Ricketts has been eyeing such a venture since he bought the team in 2009, eager to break away from sharing TV revenues with the White Sox, Bulls and Blackhawks in Chicago. All four of the city’s teams currently own a 20 percent share in NBC Sports Chicago. But the Cubs prefer an arrangement under which they wouldn’t have to share anything.

Kenney said the Cubs are “80 percent inclined to do it on our own,” making the team’s intentions clear. Gonzales points out that the timing would be ideally suited for the Cubs, with superstar players like Bryce Harper, Manny Machado and Josh Donaldson set to become free agents. (Harper has been linked to the Cubs in recent months, with media and fans reading into the outfielder’s choice of Chicago sports team apparel and his friendship with third baseman Kris Bryant.) Ace pitchers Clayton Kershaw and David Price could also opt out of their current contracts to hit the open market.

Additionally, the Cubs will soon face having to re-sign some of their own young players, such as Bryant, first baseman Anthony Rizzo, infielder Javier Baez and pitcher Kyle Hendricks. The team is also reportedly looking to acquire a star pitcher currently under club control for multiple seasons, but could look to re-sign within two to three seasons. President of baseball operations Theo Epstein is also signed through 2021, and the Cubs would almost certainly prefer to keep their top baseball executive around for many more years after that.

The time may never be better for the Cubs to start up its own network with ESPN having acquired Fox’s 22 regional sports networks as part of Disney’s purchasing 21st Century Fox. Not only would the team make sure its local TV rights weren’t swallowed into a larger corporate package, but it could likely set a better price for such a venture apart from a larger conglomerate. And the Disney-Fox merger should be official by the time the Cubs’ current contracts expire, giving the team a clearer sense of the marketplace.

Owning its own regional network would also allow the Cubs to exercise greater control over their streaming rights. Kenney noted how well the team’s broadcasts (comprising four games) did on Facebook last season, especially among viewers who were watching from work or without a cable subscription. The Cubs held those viewers for a longer time than MLB’s national streaming telecasts did.

Whatever the Cubs decide, it will likely happen soon. Kenney doesn’t want to be in a position where the team wouldn’t be on the air with no TV partner or become involved with a carriage dispute for distribution.

“It’s a good time to have a great club on the field and our rights coming back. We don’t want to go into the 2019 season without a partner. So something probably happens this year.”