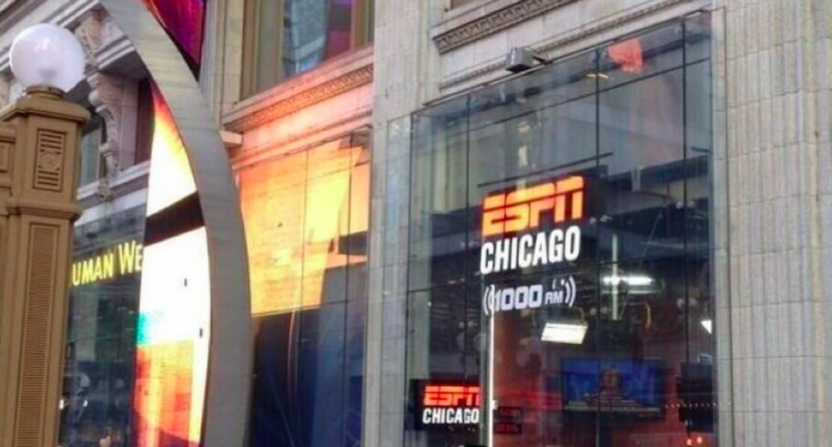 Back on May 14, Nielsen released their Chicago audience survey and radio ratings for April. At first glance, nothing seemed too amiss. Baseball season had helped boost WSCR 670-AM from 16th to 8th place due to their Cubs broadcasts. WGN 720-AM wasn’t so lucky as, despite having White Sox game broadcasts, they dropped from 11th to 14th overall.

It was a bummer of a month for ESPN Radio’s WMVP 1000-AM as they tied for 25th place overall with a 1.2 share. Folks over there were pretty miffed because they hadn’t gotten the ratings they wanted. Though in this instance, that wasn’t their fault, it was Nielsen’s.

Per Chicago media reporter Robert Feder, Nielsen admitted in a confidential email that it had screwed up and failed to include streaming simulcast numbers in their April report, robbing the station of precious ratings, critical to their advertising efforts. In the end, the revised numbers only brought ESPN 1000 up one-tenth of a point from a total audience share of 1.2 to 1.3, but that was still enough to move them ahead of the stations they had been tied with. Considering ESPN 1000 is in a dogfight with The Score 670 and other local stations with sports-centric programming, every tenth of a point counts.

The increased numbers also reportedly gave ESPN 1000 a solid boost in several key demos, including M25-54. Various hosts on the station also saw their numbers rise as much as 50 percent.

Nielsen re-issued their Chicago report and reiterated that no other stations were affected. Despite the public apology and make-good, that still wasn’t good enough for Jim Pastor, vice president and general manager of ESPN 1000 Chicago, who told Feder that the issue should bring attention to Nielsen’s Portable People Meter technology, which measures measure how many people listen to individual radio stations or watch specific TV stations, and its inability to track modern broadcasting tools such as digital broadcasts.

“The real story here is that it’s remarkable Nielsen’s PPM device captured any digital listening at all,” Pastor told me. “By their own admission, PPM technology is inadequate at best when it comes to measuring digital.

“Our research shows that 66 percent of our listeners consume ESPN 1000 digitally each week. Yet because PPM is inferior at tracking digital, we rely on luck in order to get credit for those who listen on the ESPN app and various other streaming services.

“Sadly, we are judged each month on audience estimates that only represent the declining universe of fans that listen on traditional radio. We’re not alone. All of talk radio suffers.”

Nielsen went on to release a statement to Feder in response to Pastor’s comments. While it reiterates that they know they messed up and have fixed the error, it doesn’t directly refute his concerns about the technology’s abilities and potential flaws.

We have released a revised April 2019 Chicago Radio Market Report on Thursday, May 23rd.

The integrity of Nielsen data is our highest priority and we have taken these steps to correct the situation and re-issue the data.

We can expect that everyone in Chicago is going to go through May’s numbers with a fine tooth comb. And as for the conversation about Nielsen’s PPM technology, that’s not going away anytime soon, especially if the company is going to try to avoid the conversation and underreporting issues like this continue to happen.