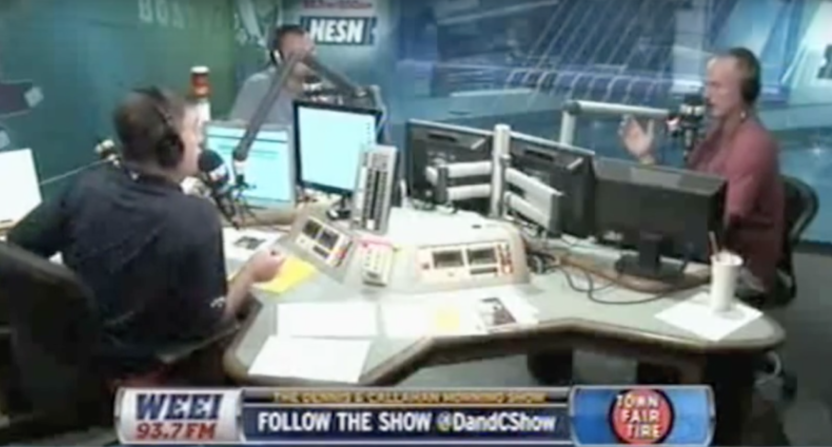 After numerous instances over the years of WEEI personalities making offensive comments on air, the Boston radio station will host an all-day mandatory sensitivity Friday, with all live programming suspended from 6 a.m. to 6 p.m.

“Nothing is more important to WEEI than the close-knit and diverse Boston community we call home, and we are actively contributing to its betterment,” WEEI said in a statement. “WEEI is in the process of closely reevaluating our policies and procedures in an effort to ensure that our programming is never intolerant or harmful to our listeners or our city.”

The announcement seems to be a response to WEEI personality Christian Fauria’s use of a stereotypical Asian accent in an impersonation of Tom Brady’s agent Don Yee. Fauria was suspended for the offense, and several WEEI sponsors announced they were breaking off ties to the station.

Fauria’s offensive impression was far from the first instance of crude, distasteful, or discriminatory comments uttered on WEEI’s airwaves. There was the time John Dennis and Gerry Callahan compared an escaped gorilla to an inner-city Metco student. The time Lou Merloni said he was weighing whether to attack protesters with a baseball bat. The time Kirk Minihane questioned whether Adam Jones had fabricated a story of racial abuse from Red Sox fans. The time Minihane called Erin Andrews a “gutless bitch.” The time Alex Reimer called Tom Brady’s 3-year-old daughter “an annoying little pissant.” The times WEEI personalities have callously attacked female journalists such as Charlotte Wilder and Britni de la Cretaz.

We will see what impact, if any, WEEI’s sensitivity training and reevaluation of policies has on the station’s tolerance for these kinds of incidents.