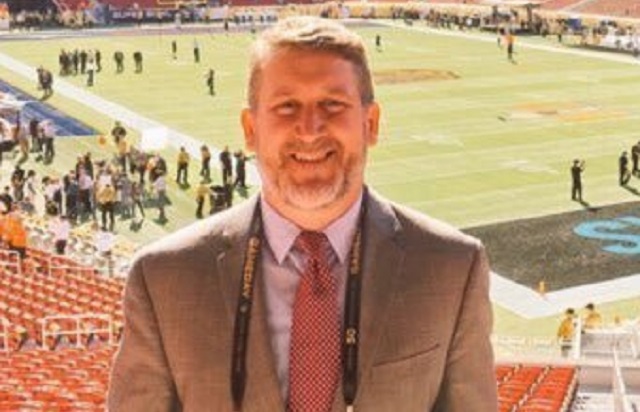 All of the above applies to New York Post columnist Bart Hubbuch who should just probably quit Twitter cold turkey and act like it never existed. OK, he actually did delete his account last September after an ignorant comment involving the New England Patriots and black quarterbacks. But his exile lasted all of one day.

Hubbuch had apparently taken another Twitter sabbatical after Election Day. His account had been silent since Nov. 8 when Donald Trump won the presidential election. That’s sort of impressive, considering he’s a NFL columnist for a market with two teams, one of which made the playoffs and the other which performed far below expectations in 2016. But Hubbuch had nothing to say about the Giants and Jets through the final two months of the NFL season.

If it was Trump that compelled Hubbuch to stay away from Twitter (at least in terms of tweeting), it was the newly inaugurated President of the United States who brought him back in. Given Hubbuch’s Twitter silence since Election Day, it’s fair to guess that he’s not looking forward to the next four years. But Trump being sworn in as president presumably so upset him that he had to break the glass. And he did it with an extremely insensitive tweet. As you might expect, the tweet has been deleted. However, thanks to a Barstool Sports screen cap, we know what Hubbuch ill-advisedly posted.

If we here at Awful Announcing ever started a spinoff site called Awful Tweeting, that could very well be our banner photo on the web page and social media accounts. Plenty of people are upset about Donald Trump officially becoming the 45th President of the United States on Friday. Your Twitter and Facebook timelines are probably still smoking from all the live agonizing that occurred during the inauguration ceremony.

But comparing an inauguration to two horrifying days when literal atrocities were committed, when nearly 5,500 people lost their lives? Saying that Hubbuch was “trolling” doesn’t quite seem strong enough. Nor does dismissing the tweet as hyperbole. But if Hubbuch was indeed trolling for a response, he certainly got one from Twitter.

@BartHubbuch as a 9/11 first responder. And a grandson of a Pearl Harbor sailor killed 12/7/41, I find your comments appalling.

@BartHubbuch you didn’t offend anyone, you offended everyone.

@BartHubbuch you must really mean this apology when you even have the tweet pinned so everyone can see it when they come to your page… pic.twitter.com/O4fULrWUeu

@BartHubbuch The deaths of 3,000+ people on 9/11 cannot be compared to a democratically elected President you don’t like Grow up

@BartHubbuch Innocent sailors, soldiers & civilians were killed at Pearl Harbor. Some drowned, others burnt alive. Shame on you

There were plenty of other tweets saying that Hubbuch should be fired or resign. The offending tweet — which, as pointed out above, was actually pinned to the top of his timeline at one point — was eventually deleted and Hubbuch posted two subsequent tweets in which he apologized for what he previously wrote.

That first attempt at an apology was a classic non-apology of the “I’m sorry if you were offended” variety. But he got it right with the next one.

Hubbuch is obviously upset by the election of Donald Trump to our nation’s highest office. Many citizens of this country feel the same way, and plenty of them have expressed thoughts equally as misguided, if not more so, than what Hubbuch tweeted. Perhaps you’ve had to unfollow or unfriend a few of them on your social media accounts. But there are also plenty of others who expressed their outrage more thoughtfully. Both tendencies will surely continue during the next four years.

However, one of those people probably shouldn’t be Bart Hubbuch. Maybe he needs to see a hypnotist who can help block that part of his memory. Or compel him to attempt standing on his head every time he hears or utters the word “Twitter.” #StickToSports? In this case, that might be the right idea.