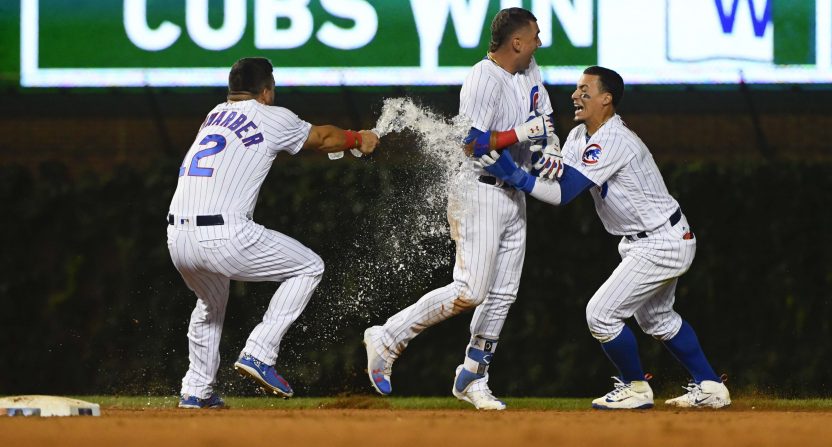 With the AT&T-Time Warner merger approved and official, the company will likely look to add to its already-robust portfolio of sports rights, John Ourand of Sports Business Journal reports.

But some believe that AT&T’s deep pockets will make the new company even more of a player in rights negotiations. The size of the new AT&T would give it an advantage over traditional media companies. Imagine a company that could pick up rights covering linear TV, digital, over-the-top, mobile and pay-per-view all in one bid.

“I’d expect them to be more competitive than Time Warner was in pursuing the NFL in prime time and, maybe, a college football package,” said Michael Nathanson, a senior research analyst for MoffettNathanson.

Before AT&T bids on all the various national sports rights that will come up over the next few years, however, it could make a play for a highly valuable local package. Ourand writes that the conglomerate could push NBC Sports for the Chicago Cubs’ broadcast rights, when the team’s current deal ends next year.

Another area of sporting interest is in Chicago where NBC Sports’ RSN has been trying to sign the Cubs to a rights deal. The Cubs’ current deal with NBC Sports Chicago ends after the 2019 season, and the two sides have been talking for months about an extension.

Now that AT&T’s Time Warner purchase is official, I would expect the Cubs to reach out to the new company, if it hasn’t already. After all, AT&T already is in the RSN business with three channels: AT&T SportsNet Pittsburgh, AT&T SportsNet Rocky Mountain and AT&T SportsNet Southwest.

It’s way too early to handicap where the Cubs’ rights will go. But it seems obvious that the team — at a minimum — will look to use AT&T as leverage in its NBC Sports negotiations.

As Ourand points out, AT&T has dipped into the local-sports market before, with a trio of regional sports networks. If it were to capture Cubs rights, it would likely establish a new Chicago-based RSN — and could give the Cubs some equity in the channel.

Of course, an AT&T-Cubs deal remains far from a certainty, or even a likelihood. But the very fact that such a partnership is worth speculating about indicates how much of a player AT&T could quickly become in the sports-rights game.