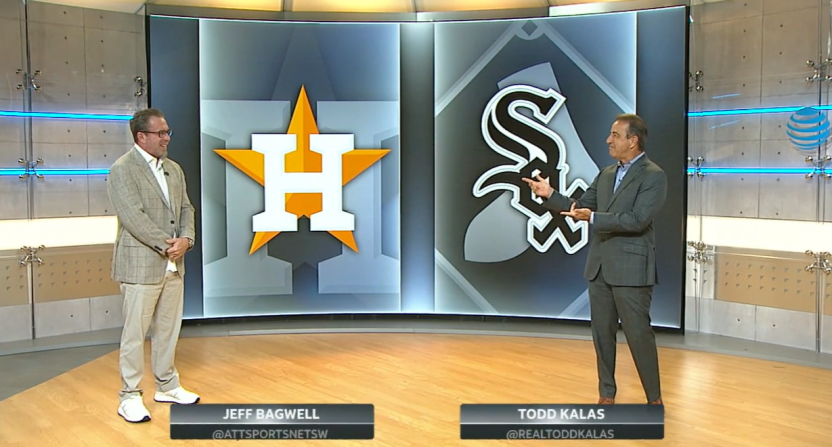 During Friday night’s game between the Houston Astros and Chicago White Sox, Baseball Hall of Famer Jeff Bagwell showed off a Tony Romo-esque ability to correctly predict a play immediately before it happens.

White Sox reliever Aaron Bummer had a 1-2 count on Astros batter Yuli Gurriel with a runner at first base in the top of the seventh inning. Bagwell, an Astros analyst for AT&T SportsNet Southwest, said, “I could see a wild pitch comin’. Slider in the dirt. There it is, curveball/slider.”

Astros play-by-play man Todd Kalas couldn’t believe it: “You’re amazing, Baggy. Really? You just did that? Have you seen this game before? You just called a wild pitch on the exact pitch.”

Before that wild pitch, Bummer had thrown 520 pitches this season, with only two of them resulting in wild pitches (granted, an official wild pitch requires a runner to be on base).

So, predicting a wild pitch seconds before there’s an indeed a wild pitch is a pretty incredible call by Bagwell. And having a good feel for what the pitcher is about to throw likely played a big part in his remarkable career, which featured an NL MVP award in 1994 with the Astros.

Bagwell isn’t even the full-time Astros color commentator on AT&T SportsNet Southwest, but he occasionally fills in for Geoff Blum.