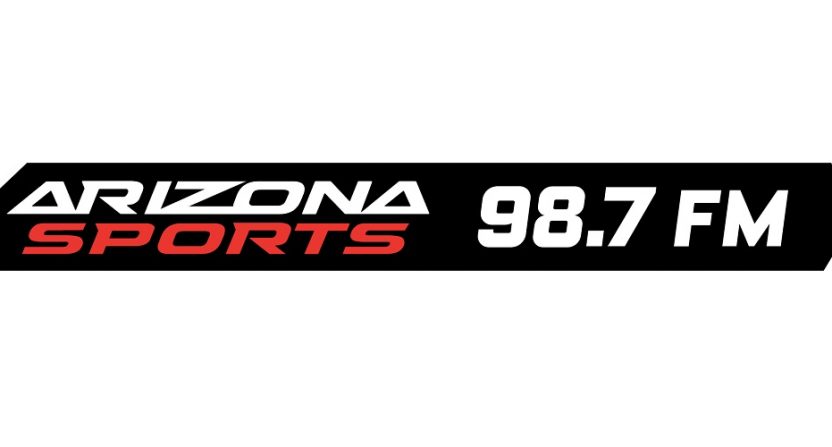 Listeners that went to ArizonaSports.com to hear Tuesday morning’s edition of the Doug & Wolf morning show probably noticed that the show’s broadcast seemed a little short. That’s because the station, Arizona Sports 98.7 FM, removed a section of the show that discussed racism and white privilege, per The Athletic.

Cohost Doug Franz reweeted three listeners on Tuesday that made critical comments about the segments, and wasn’t hostile to them (which you might expect, given how high tensions are right now).

everyone says "talk and listen" yet there's always someone that wants to "put you in your place" when we do talk. Both you and Monty Williams chose the "let me educate you from my POV." https://t.co/Fng4EoUWC3

with more people like you expressing a great POV it opens the eyes of others, including me https://t.co/g42jjtqBof

Here’s what Franz said during the segment, per The Athletic’s transcript.

“It may come out of a position of ignorance and I don’t mind you pointing it out and saying you’re not seeing it the way I would like you to see it or the way I think you should see it or give me a different point of view but when we talk about this conversation, if you want to turn me off from the conversation use the phrase ‘white privilege.’ That’s a great way to turn me off of the conversation because there was nobody in my life telling me white privilege when I lived below the federal poverty line myself. There’s nobody that said white privilege when I talked my landlord into letting me pay my rent in installments because I couldn’t afford a whole $250 a month. So I would send $125 at the beginning of the month when I got a paycheck and I would wait for my next paycheck and I would pay the other $125.

“I’m not trying to dump my sob story on you because I totally believe you as a listener, you have your own struggles that you went through. And it’s an eye-opener for me when I heard (Suns coach) Monty Williams say … we all get left out. We all get into a situation of our own complacency when we take for granted the benefits because if of any us think we haven’t benefited from being an American … Really look around at other places in the world.  What we can consider to be destitute in our country, holy crap.”

“It all comes down to personal responsibility does it not? It’s all of us. When I say all of us, black, white, green, purple, whatever. It’s gotta be all of us. Racism is any form can not be tolerated by any race, period. It’s interesting you bring up white privilege because you know my background as well. Grow up as a son of a truck driver and proud of that. On a dead-end street on the bottom of a hill that ended into a gravel pit. That’s for real. OK? That is for real. I grew up poor, ladies and gentlemen, so I guess the conversation has got to be it’s not like white people are the only people on the face of the planet that are racists. Right? I mean, can we agree on this stuff? This is where the conversation will be productive if we can all agree on the truth. It’s the truth that will set us all free.”

Station management said that no one from the station would comment on the segment.

From reading the transcript of the segment, I’m torn. The two hosts clearly misunderstood what “white privilege” means, but I’m not sure who deleting the segment helps. Does it help listeners from hearing a bad take, even though bad takes essentially serve as currency in sports talk radio? Does it help the hosts by scrubbing their ignorance from the show’s archive? Does it help the station by shielding them from criticism for the hosts’ opinions? Or by removing the segment, did Arizona Sports just open itself and the show up to even more criticism?