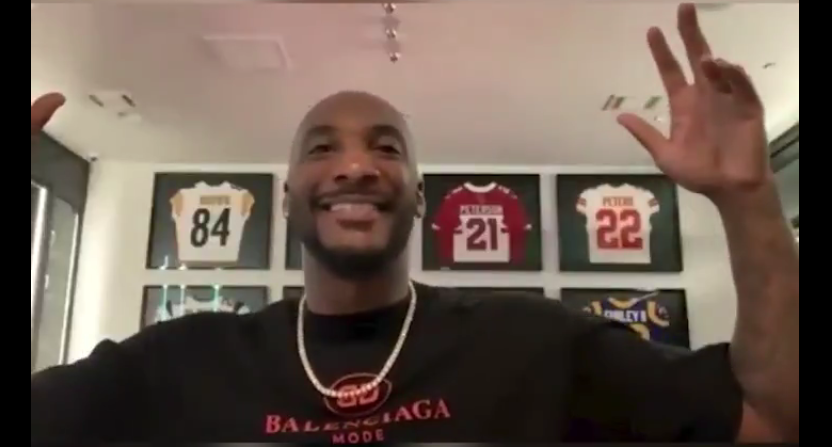 The 2020 NFL season saw Aqib Talib step into the broadcast booth as an analyst for a couple of games for Fox just months after his retirement and just over a year after his last NFL game, and his conversational approach and excitement drew a lot of attention. Talib’s debut received strong praise from Fox Sports executive producer Brad Zager, and while heading to the booth was an adjustment for him, he followed up that first appearance with a second one that drew further praise.

Talib, 35, will be continuing in broadcasting this year on a couple of fronts; he’ll be calling selected regular-season games for Fox alongside play-by-play voice Gus Johnson, and it was also announced Monday that he’ll call a Los Angeles Rams’ preseason game for ABC 7 Los Angeles alongside ESPN’s Mina Kimes (a previous Rams’ preseason analyst, also known for work on NFL Live and various other ESPN studio shows) and Andrew Siciliano (who hosts NFL Sunday Ticket RedZone for DirecTV, serves as a NFL Total Access host for NFL Network, and has been calling Rams’ preseason games for some time). ABC7’s Curt Sandoval will provide sideline reporting. Here’s more on that from ABC7’s release:

Welcoming football fans for the first time to SoFi Stadium, the Rams host the Chargers to kick off the preseason on Aug. 14.

The preseason game, starting at 7 p.m., will be broadcast on ABC7.

“I couldn’t be more excited to be joining the Rams preseason broadcast team, and work alongside Andrew and Mina,” said Talib. “The Rams were one of my favorite teams that I had the opportunity to play for and I’m pumped to be back.”

The game will also be available on local radio on ESPNLA 710 AM and KWKW 1330 AM  (which will also both broadcast Rams’ regular season games), and it will be streamed on the Rams’ website. The Rams also had this video of Talib (seen above) joining Kimes and Siciliano:

Can't believe the new guy was late to the production meeting…@AqibTalib21 is joining @minakimes + @AndrewSiciliano in the booth for preseason on @ABC7! ? pic.twitter.com/7ggtjIl3CL

We’ll see how this broadcast goes, but it’s certainly interesting to see popular NFL broadcasting figures Siciliano, Kimes, and Talib team up in a booth. And the preseason is interesting for providing the ability to do this with people who normally work at different networks.