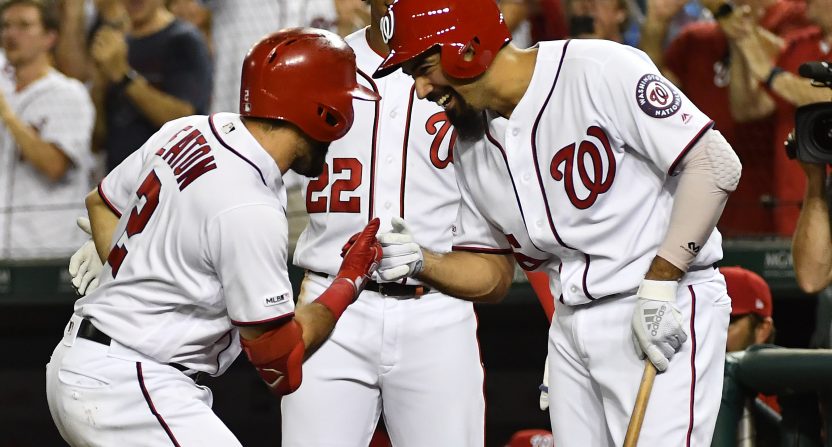 The battle between the Washington Nationals and the network that airs their baseball games continues its march through the legal system. And aside from their World Series victory a few years back, the Nats keep getting some of the biggest wins in franchise history.

The battle between the Nationals, the Baltimore Orioles, and the jointly owned MASN network over rights fees has been raging for years. Ever since a Major League Baseball revenue-sharing committee ruled for the Nationals in 2o14, the case has been working its way through New York courts. There have been curious allegations, multiple rulings, and appeals in the years since. Last August, a New York Supreme Court decided once again in favor of the Nationals, saying they should be paid $296.8 million by MASN for their television rights from 2012-2016 (The Nationals were paid $197.5 million over that time and believed they were owned the additional $100 million or so).

Per WaPo, the decision then went to the New York appeals court, where once again the decision was upheld in favor of the Washington franchise. And as expected, MASN plans to appeal this decision to New York’s appellate court.

An attorney for MASN, which is owned partially by the Nationals and Baltimore Orioles but controlled by the Orioles, said the network would appeal the decision to the Appellate Division’s decision to the New York Court of Appeals, New York’s highest court. Short of appealing the decision to the Supreme Court, which we wouldn’t put past MASN at this point, that’s likely to be the final straw for the case.

The court is expected to decide in early 2021 if it will even hear MASN’s appeal. And if they do, it will likely be another year or so until their final decision is made. Another way that the ruling could be challenged is if the Orioles themselves decision to appeal the decision, as co-owners of the network.

There’s no love lost for these two Beltway rivals, on and off the field.