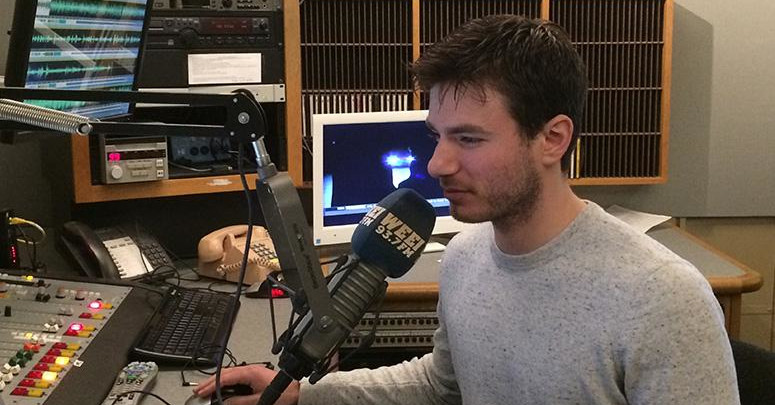 There have been plenty of interesting stories over the years of sportswriters and TV personalities leaving sports to do something drastically different, and the latest one along those lines comes from a sports radio host. After almost three years at Boston-area sports radio station WEEI, Alex Reimer is exiting to become director of communications for Massachusetts state senator Eric Lesser (D-First Hampden and Hampshire).

Reimer wrote about the move and about his memories from WEEI (including the 2018 controversy he sparked with his “little pissant” comment on Tom Brady’s daughter) at the station’s website:

To be honest, most of my friends don’t understand why I am so sentimental about leaving WEEI. After all, I am in perpetual conflict with seemingly most of our audience, and my Twitter feed is more toxic than Tiger Woods’love life.

But it is weird to leave something you have always wanted to do. I was able to work my dream job; few people are able to say that.

…My first fall with “Kirk & Callahan” coincided with my first full year out of college, and thus, my journey into young adulthood. You learn a lot about yourself when you screw up within earshot of tens of thousands of people, such as violating a friend’s trust or saying something incredibly stupid about a beloved quarterback’s child.

I do want to thank all of the people who have been good to me at the station. They gave me lots of chances. Rob Bradford will now be fielding fewer panicked phone calls about perceived lack of airtime from one of his staffers. That’s for sure.

Amazingly, I am leaving on good terms, so this probably isn’t the last you’ll hear from me in this space. Team Reim, and my inflated ego, will not rest.

Reimer clearly has a passion for politics (he mentions his various debates about President Trump with more right-wing host Gerry Callahan in that post; WEEI, unlike some other media companies, isn’t trying to make their personalities stick to sports), and he mentions that politics are interesting him more than sports these days, so this seems like a logical move for him. But he was a notable WEEI figure, providing some perspectives not always heard elsewhere on that station, and he also wrote some interesting sports media-focused columns for their website, something that’s not all that common to see in local sports radio.

We’ll see if Reimer winds up doing more sports media work down the road, or if he winds up sticking to politics.