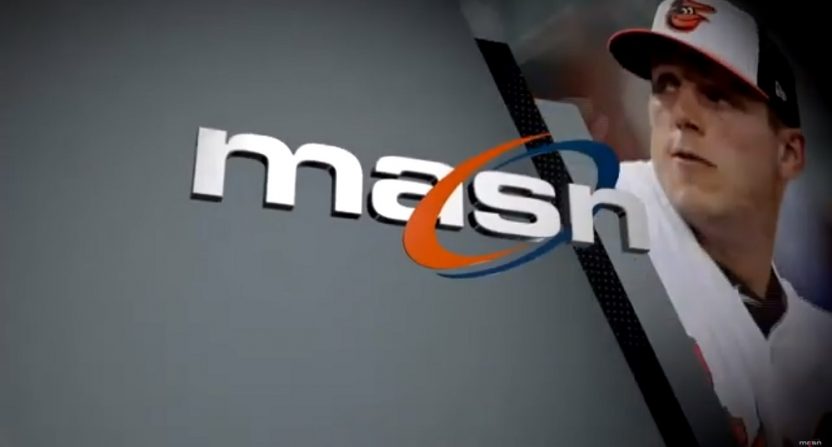 Remote broadcasts have been a thing for quite a while, but they became much more common during the last few years around the COVID-19 pandemic. That didn’t mean they went well, though. Many announcers spoke about the challenges of calling games from distance, which go beyond even the obvious technical ones. And this has become particularly notable in baseball; while many MLB broadcasts went back on the road last season, there have been some particular holdouts, especially in the regional sports network ranks. An especially significant one is the Mid-Atlantic Sports Network (MASN).

There are several RSNs that haven’t had their broadcasters in the ballpark for every game this season. But there have usually been some rationales expressed beyond cost. For example, the Giants are doing some remote broadcasts thanks to health concerns with Duane Kuiper and Mike Krukow, and the Angels are doing so to get Matt Vasgersian more involved. (The latter approach hasn’t always gone great, but at least the idea is about Vasgersian’s MLB Network commitments rather than just a cheaper way of broadcasting. And that team is now also sending their broadcasters on the road for at least the next few series.)

But MASN’s stated comments have been a little different. As Ben Strauss wrote in The Washington Post this weekend, the network tried to defend its remote broadcasting with a statement of “The global pandemic required all of us to learn new lessons in innovation, resourcefulness, and resilience. MASN is carrying forward some of those lessons.” Just a few days later, though, they appear to have changed course, as per Dan Connolly of The Athletic:

Beginning Tuesday night in New York, the Mid-Atlantic Sports Network is lifting its ban on TV announcers traveling, according to multiple sources.

MASN announcers Kevin Brown and Jim Palmer will be on-site at Yankee Stadium for the entire three-game series between the Orioles and New York Yankees, marking the first time since 2019 that any Orioles broadcasters have been on the road.

The change is expected to hold for the remainder of the season, according to sources. One source said the ban also has been lifted for MASN’s Washington Nationals broadcasts. That could become effective as early as Friday, when the Nationals head to San Francisco to play the Giants.

Connolly writes that this is not expected to affect the Orioles’ radio broadcasts, which will continue to originate from Camden Yards. (The Nationals’ radio broadcasters are team employees and have been travelling with the team.) And another interesting part of his piece is his citation of a March 2022 MASN memo, which tried to blame this decision on health concerns rather than finances:

MASN, however, sent out a memo to employees in March stating there would be no travel to start the season out of an “abundance of caution due to the ongoing Covid pandemic.”

The sense in the industry, however, is the Orioles felt they had the proper technology to continue the remote broadcasts, contracting trucks and camera personnel in visiting cities while directing and producing the games on-site at the ballparks in Baltimore and Washington — which, of course, would mean significant financial savings for the Orioles and MASN.

There are absolutely still issues with COVID-19, but those haven’t been the cited reason preventing any other MLB team from sending broadcasters on the road this season. And this attempt to blame a cost-cutting move on the pandemic is something we’ve seen before, including with the Toronto Blue Jays’ attempt to simulcast their TV broadcast on the radio last season. (They eventually gave up on that.) And it’s something we’ll probably see more of; networks are always trying to improve their bottom lines, and the last few years have been tough ones financially for many networks. (And MASN has its own particular issues thanks to years-long back-and-forth legal fighting between MASN, the Orioles, and the Nationals. And they’ve made specific cost-cutting moves before, including around these teams’ pre- and post-game shows last year.)

But there are perhaps two key takeaways from the MASN situation: networks need to be called out for making economic decisions but citing health reasons, and enough protest can get networks to change course. And that second point is perhaps the most important one going forward. In baseball and beyond, many networks are going to try to keep finding the cheapest possible ways to broadcast events, sometimes at the expense of viewer experience. But there’s a growing body of evidence that a bad enough experience that causes a massive quantity of backlash can cause networks to change course. And that, at least, is positive news for fans. And for Nationals’ and Orioles’ fans in particular, it looks like they may soon get the in-park road broadcasts they were accustomed to in pre-pandemic times.