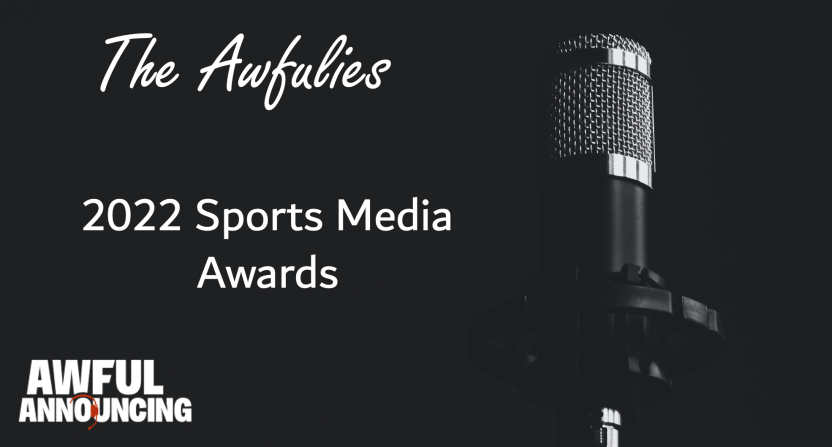 The year 2022 was a memorable one in the sports media. We saw comings and goings like never before amongst some of the top names in the industry, billion-dollar deals, and million-dollar memes. (Now why is that…)

Over the past week, we polled our Awful Announcing team for their choices in our version of the 2022 Sports Media Awards, The Awfulies. The categories ranged from the best on-air talent to the most moving documentaries to the defining moments of the year that we will remember. Enjoy this look back at the year that was in the sports media.

This just doesn’t ever happen. When the smoke cleared the only lead NFL announcing booth that was unaffected was CBS as Fox, ESPN, NBC, and the newly created Amazon all introduced new faces to their lead broadcast booths. Joe Buck and Troy Aikman in a trade to ESPN after 20 years at Fox? Kirk Herbstreit moonlighting at Amazon with Al Michaels? This was a wild, fast-moving news cycle where anything was possible and shook up how we watch America’s most popular sport going forward. – Ben Koo 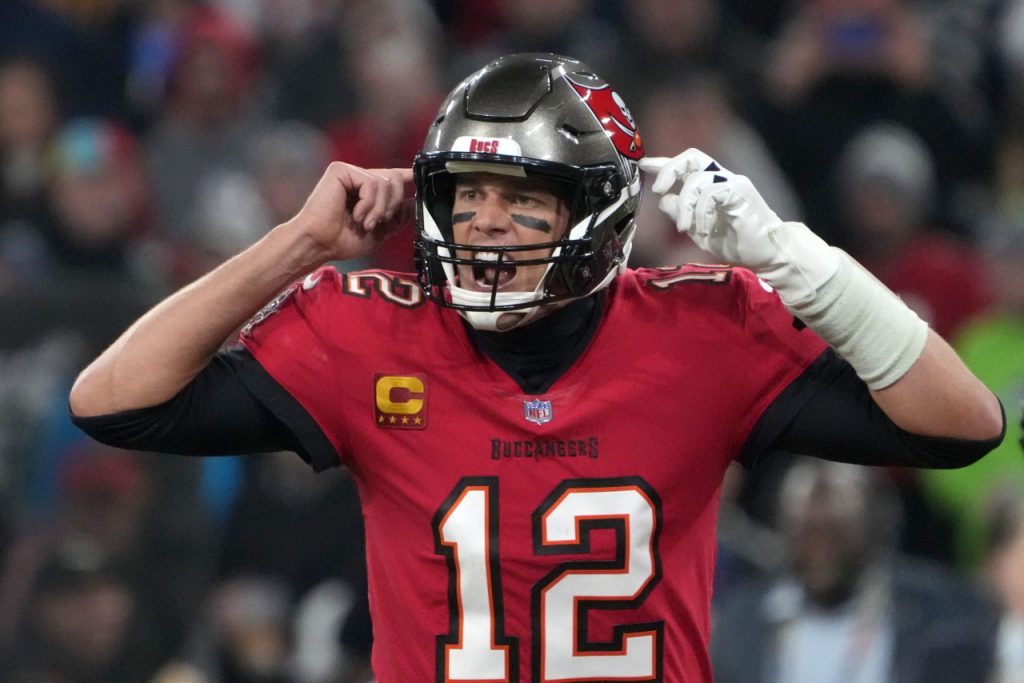 When is Tom Brady going to stop playing football? And how do we know he’ll actually be a good broadcaster when he does? While some former athletes may fit in seamlessly, it’s a very difficult job and one that’s not just about having knowledge of the game. Oh, and as Joe Buck even said recently, “I know there are people at Fox who would say there’s a chance that he doesn’t call a game there.” – Matt Clapp 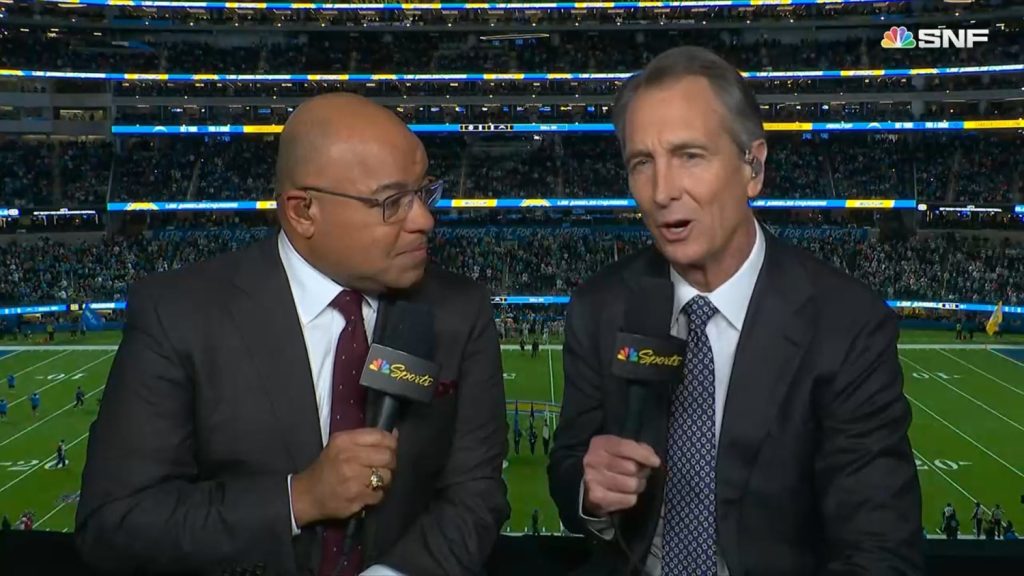 Mike Tirico has bided his time ever so patiently since coming over to NBC in 2016. Calling Thursday Night Football, late-season NFL Network games, Notre Dame Football, and select Sunday Night Football games from 2016 through 2021, he was the worst-kept secret being the heir apparent to Al Michaels. His time came in the 2022 season as he was paired with SNF stalwart Cris Collinsworth. Tirico has formed a very solid team with Collinsworth on the NFL’s premier primetime package. He is an excellent nuts-and-bolts announcer keeping on top of trends. He is our choice as the top play-by-play announcer this year and whether he’s hosting the Olympics, calling or hosting golf, or hosting horse racing’s Triple Crown, Mike Tirico is one of the best all-around announcers of this generation. – Ken Fang 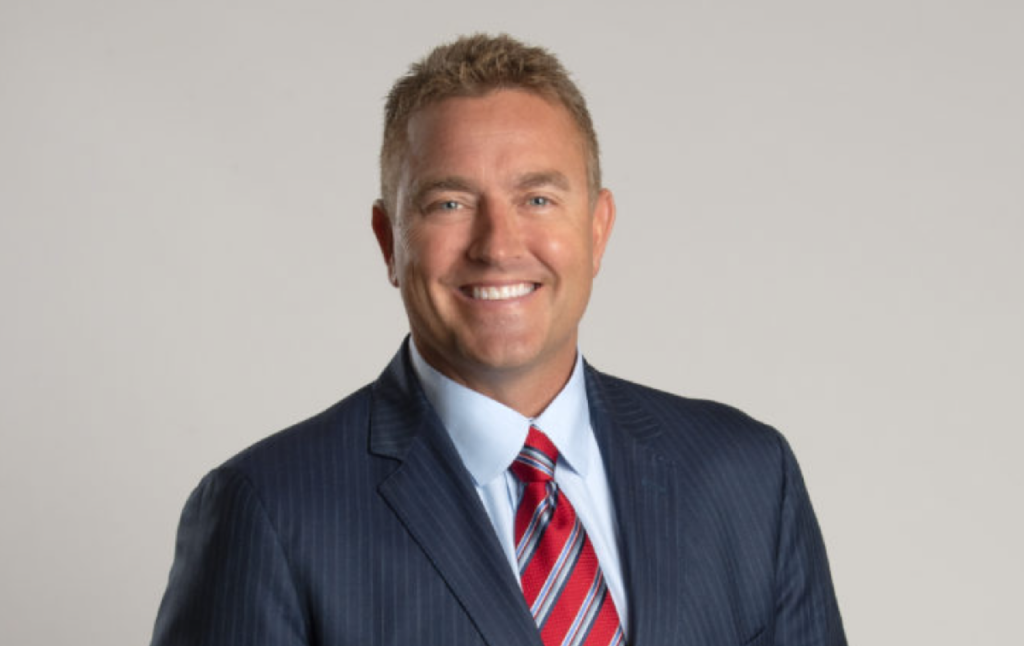 Kirk Herbstreit has doubled his workload by adding Thursday Night Football in 2022. He showed he could analyze NFL games during the Week 1 Monday Night Football doubleheader while working at ESPN and has now done so at Amazon. Herbstreit said about his partnership with Al Michaels on TNF that “I want to be the best booth in television.” It’s not quite there yet, but he has formed a good team. He continues to be one of the best analysts in college football whether he’s sitting at the desk on College GameDay or in the booth with Chris Fowler. He’s one of our choices as the best game analyst. – Ken Fang 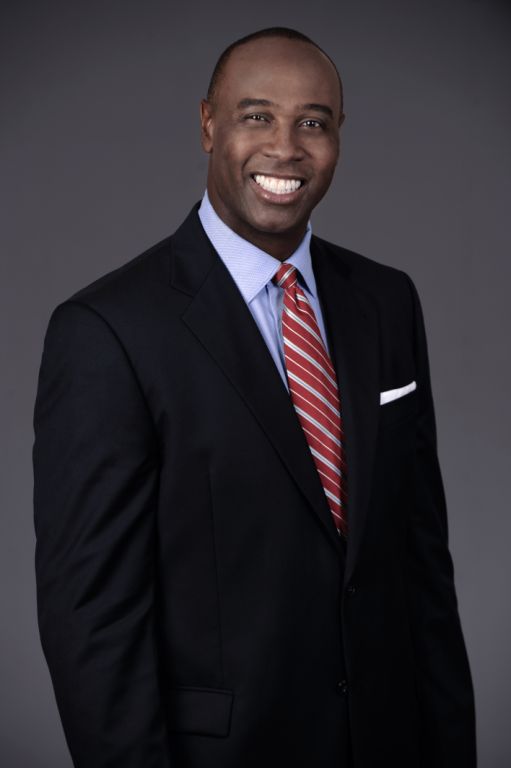 As an NFL analyst, Charles Davis has only gotten better as his career has gone on. He went from a fine analyst working with Kevin Burkhardt to an excellent analyst working with Ian Eagle. Replacing Dan Fouts as Eagle’s broadcast partner has no easy task, and Davis has not only met, but exceeded the expectations. The work Davis does at CBS is often overshadowed by Tony Romo’s analysis working alongside Jim Nantz, but Davis has blossomed into a truly great game analyst who wouldn’t be out of place as the top analyst at any network. – Joe Lucia 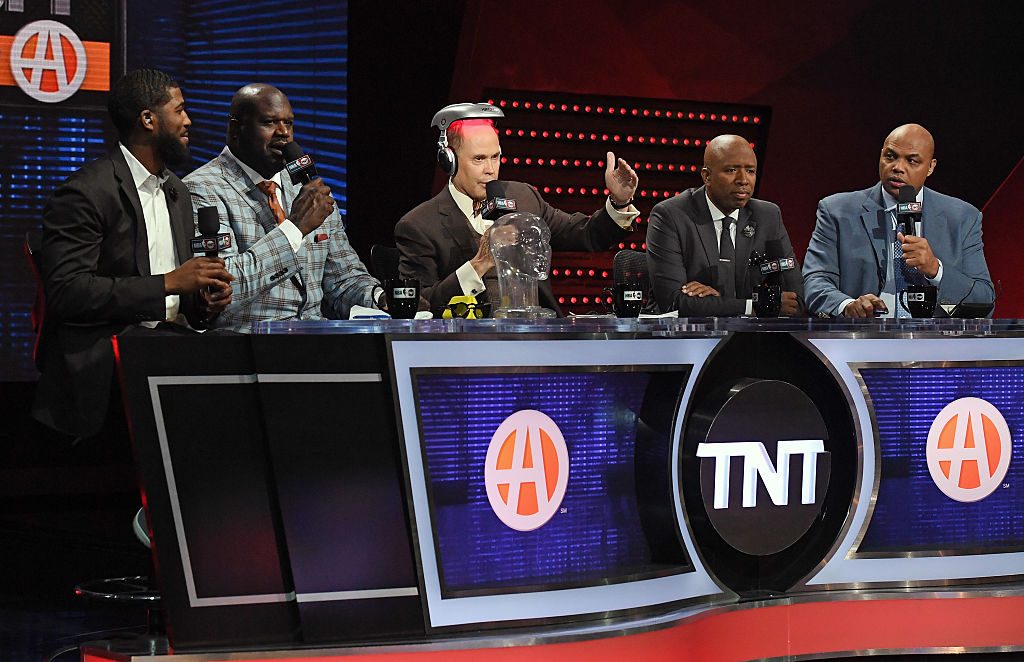 Inside the NBA is the best studio show in sports, and somehow seems to only get better each NBA season. The banter and hilarity from the analysts, most notably Charles Barkley, get most of the attention. But Ernie Johnson is the professional, mediator, and point guard that keeps the operation running smoothly. He’s able to navigate — and sometimes even help set up — the shenanigans brilliantly. He’s a massive part of the show’s success. – Matt Clapp 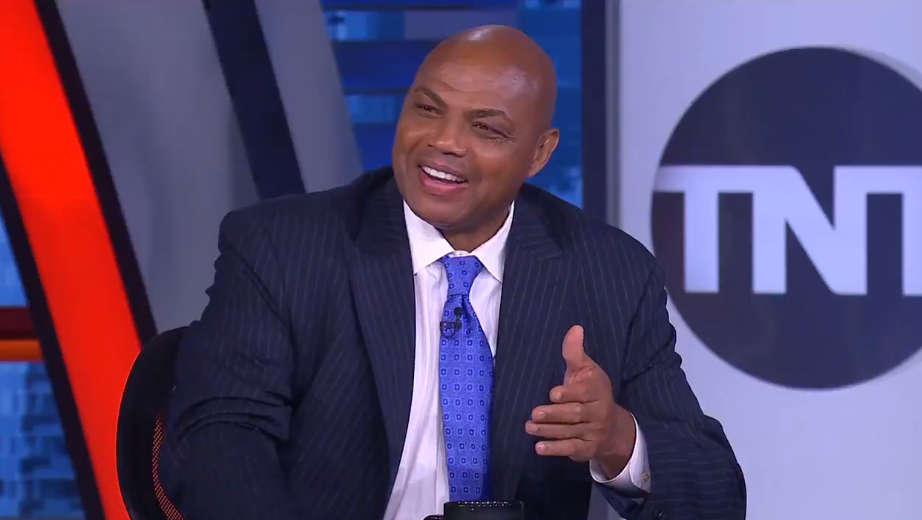 Try finding a studio analyst who’s better at breaking down the game than Charles Barkley and you won’t have to search far. Try finding a studio analyst who’s a better ambassador for the game than Charles Barkley. You won’t. No other studio analyst can command the attention Barkley did when he flirted with the idea of leaving Inside the NBA earlier this year. He’s a necessity for the NBA and must watch TV for his brash, entertaining, funny, and polarizing personality. But most importantly, in a society divided by which media members they respect, Barkley’s honesty is beloved by all. – Brandon Contes 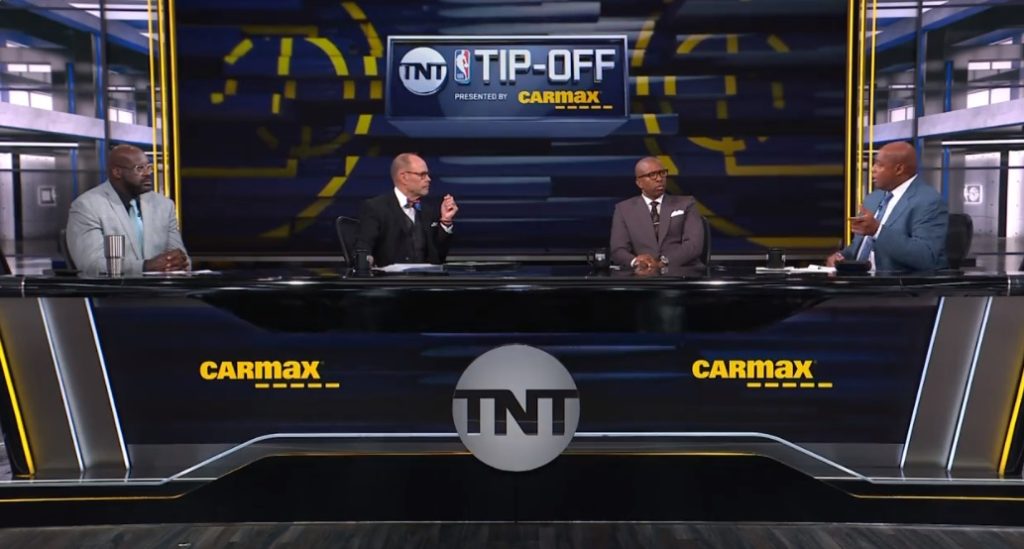 The discussions of Ernie Johnson and Charles Barkley above say a lot about Inside the NBA already, but Kenny Smith and Shaq also bring a lot to the table. Smith’s launch of Shaq into a Christmas tree was one of the sports moments of the year, and his roasting of Barkley’s contract and dramatic race with him were great moments as well. As for The Big Aristotle, he continues to provide great moments, sometimes with and sometimes against Barkley, and he got his own docuseries this year. But as the 2021 Inside The NBA docuseries The Inside Story showed, this show is more than just the sum of its parts; the on-set chemistry between these guys, and their mix of goofy moments and actual analysis, continues to be well-regarded by many, and that’s why Warner Bros. Discovery has locked them up even beyond their current NBA contract. – Andrew Bucholtz 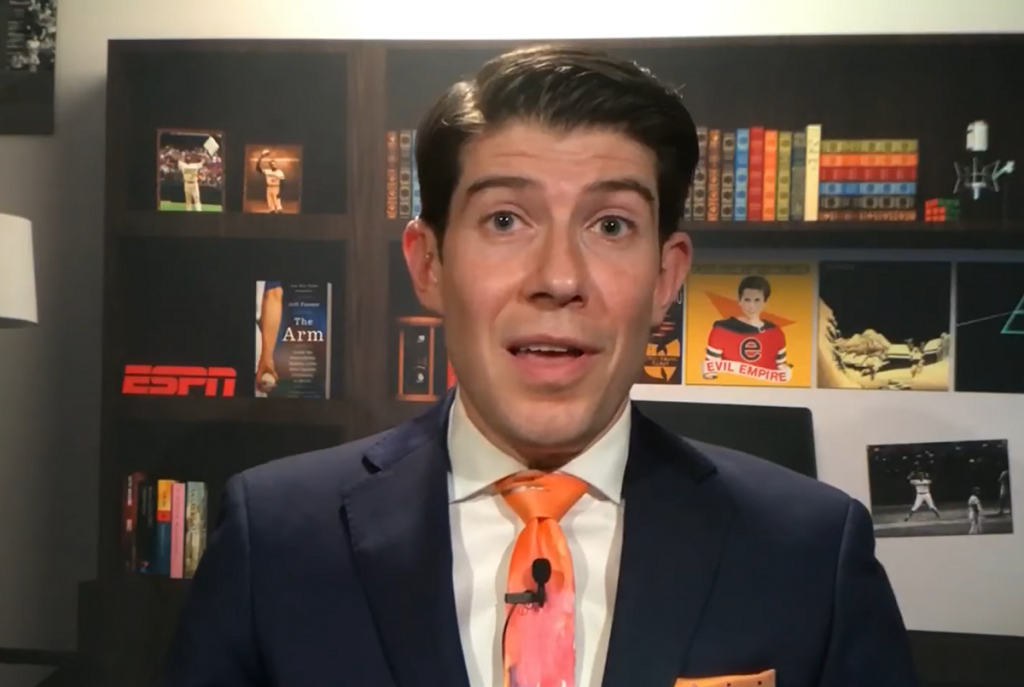 There are plenty of pitfalls out there for insiders, from getting reports wrong (and sometimes also including typos) to poorly handling sensitive stories to fighting with countries and politicians to taking advertising roles (sometimes punished, sometimes not) to showing coziness with sources. ESPN MLB insider Jeff Passan has avoided most of those; his main recent controversies include comments on a proposed MLB CBA (which may have been provocative, but were agreed with by many) and singing Nickelback in the key of Elmo (we’re not going to defend that one). Even more importantly, though, Passan breaks a lot of news (after encouragement to do so by his wife) and gets it right, and he also offers smart reporting and analysis on league issues. – Andrew Bucholtz

* Passan was the unanimous choice in this category 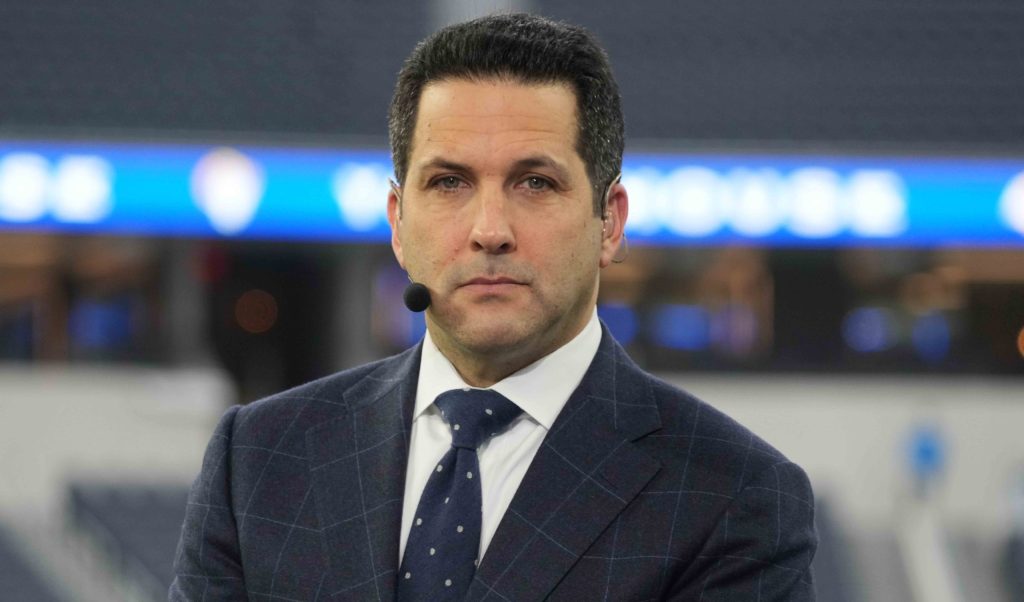 ESPN re-signed NFL insider Adam Schefter to a massive extension in early 2022. While that deal certainly got them lots of exclusive breaking news throughout the year, it also earned them a lot of drama surrounding how Tom Brady’s retirement was announced, a tone-deaf tweet about how Deshaun Watson knew “the truth would come out” following grand jury decisions, another tone-deaf tweet minimizing Dwayne Haskins’ humanity in reporting on his death, a refusal to publicly apologize for the insensitivity, call-outs from other ESPN employees about how Schefter handles domestic violence reporting, and a puff piece meant to help rehab Deshaun Watson without providing any evidence for why that’s the case. We’ll just keep asking what’s the deal with Adam Schefter until someone gives us an answer. – Sean Keeley 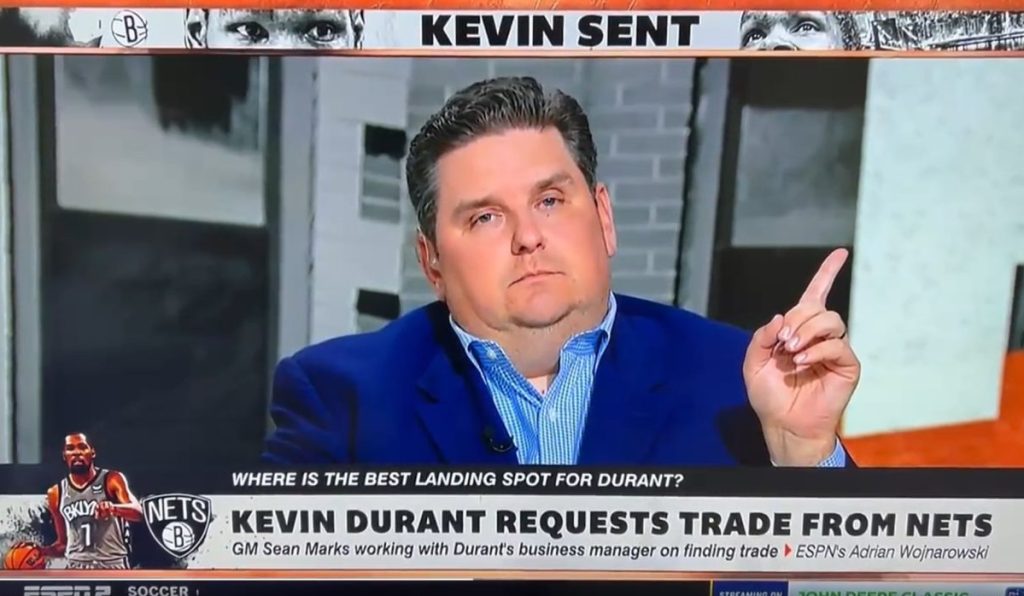 An otherwise forgettable Royce O’Neale trade was the impetus for the finger-point seen around the NBA world as Brian Windhorst used his ESPN pulpit to put on an unforgettable show while trying to explain what the Utah Jazz were up to. Had that been it, the meme treatment would have sufficed. But then the Jazz traded Rudy Gobert, confirming Windhurst’s suspicions and immortalizing that appearance for all time. Plus, the memes were very good. 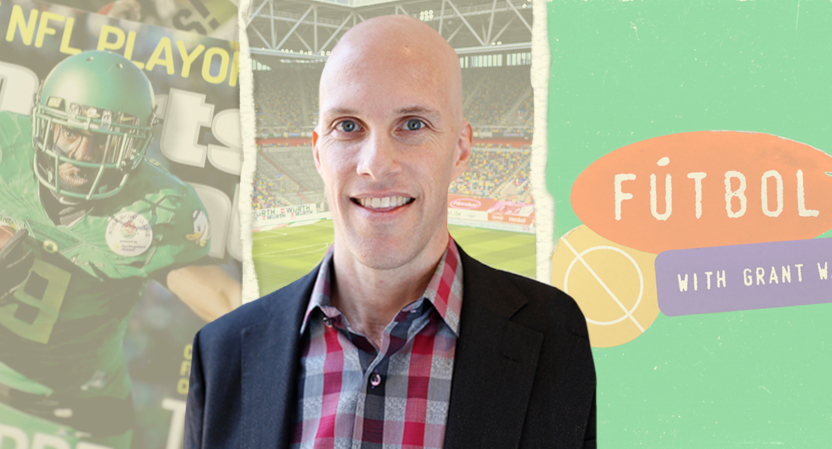 Whether you worked with him or knew of him, Grant Wahl’s death was a painful shock for all of us in sports media. I won’t say I knew Grant well but he gave me some advice when I was starting out, and when I was fortunate to cover the occasional soccer match in-person, Grant would be there. Grant had the gift of showcasing the beauty in “The Beautiful Game” while challenging authority and the status quo in times when the game wasn’t so beautiful. Grant’s death hit me hard, and I imagine many others felt the same way, but as we continue to process this, we can try to continue his legacy however we can. – Phillip Bupp

* Wahl’s passing was the unanimous choice in this category 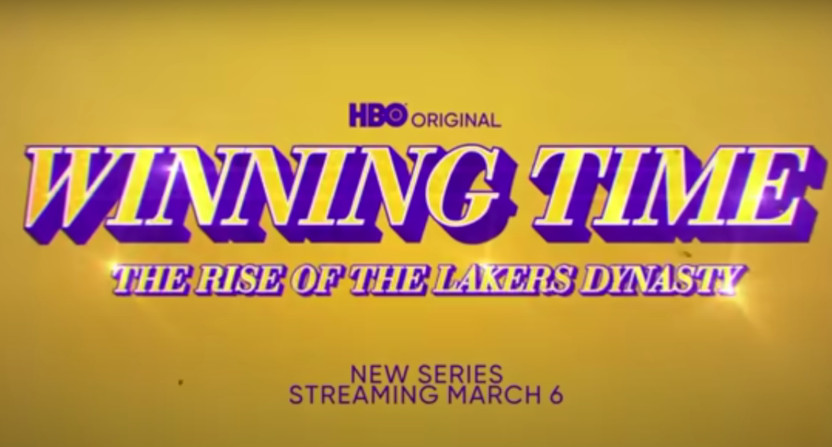 Other Nominees: A League of Their Own, Hustle 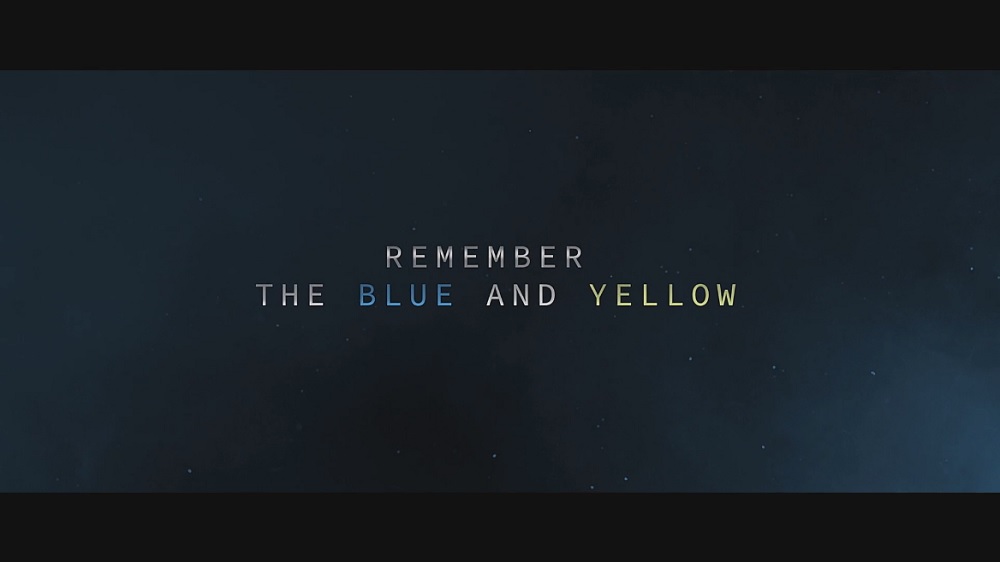 I was astounded by the tremendous E:60 doc Remember the Blue & Yellow, which I reviewed in December. Wright Thompson received unparalleled access to the Ukrainian Men’s National Team and told their story (and the story of the Ukrainian people) during an impossibly difficult year as only he can. Over the last year, E:60 has arguably eclipsed 30 for 30 as ESPN’s marquee franchise for filmmaking and journalism, and this edition was the perfect example of why. – Joe Lucia 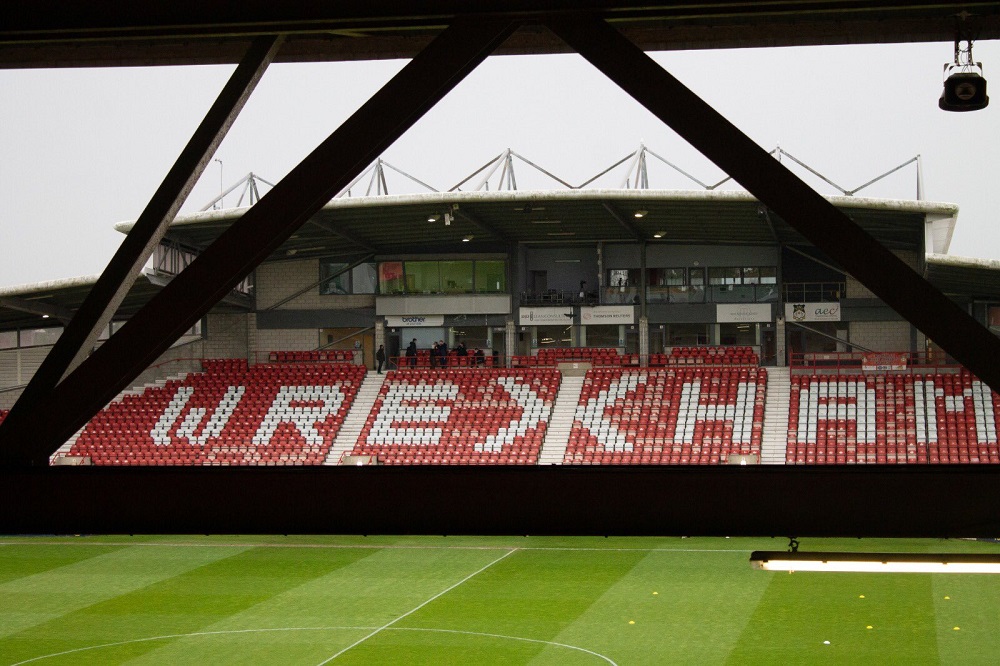 I’ll be honest, I didn’t want to watch Welcome to Wrexham for the longest time. Two celebrities buying a non-league Welsh soccer team they had no attachment to for the sake of a docuseries sounded like an eye-rolling vanity project. I was wrong, and it instead showed two sports fans going “all in” on Wrexham and Wrexham going “all in” on Rob McElhenney and Ryan Reynolds. Welcome to Wrexham shows how important sports can be on a community level, where the separation between the supporters, the players, and the ownership isn’t as wide as the clubs we watch every weekend in the Premier League. – Phillip Bupp

Other Nominees: Jeanette Lee vs, Tony Hawk: Until the Wheels Fell Off, Untold: The Girlfriend Who Didn’t Exist