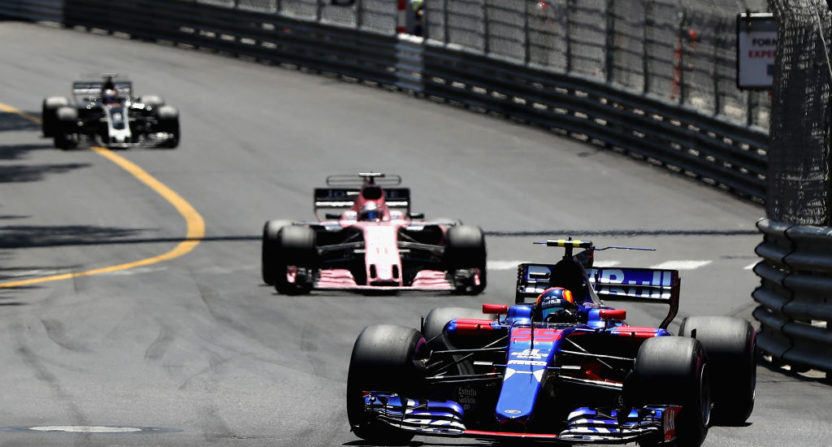 Ever since Liberty Media took over Formula 1 from former iron-fisted boss Bernie Ecclestone, fans have been wondering what’s next for the sport. Ecclestone was content to sign contracts with the traditional television networks whether it was BBC, Sky or Channel 4 in the UK, Speed and NBC in the U.S. in English and Telemundo in Spanish. But now Liberty is looking to the future and the potential of having fans pay for content.

We got a hint of what Liberty Media was thinking back in March when CEO Greg Maffei, speaking to a tech conference called NBC’s rights fees “a popcorn fart,” a phrase which we in the Awful Announcing offices are hoping to use at the right moment. Here’s what Maffei said in total:

“The US is, you know, it’s a popcorn fart. It’s nothing. The opportunity is good, certainly in percentage terms, not in absolute Dollar terms. It is very low. It is with NBC, and it’s not on the main NBC, it’s on their sports channel.”

So, Liberty isn’t happy with what NBC is paying and as this is the Peacock’s last year of its contract to air F1, it’s considering a direct-to-consumers subscription model. F1 chairman Chase Carey told Autosport that “OTT is a tremendously important opportunity.

“It’s going to vary market by market, it’s clearly not going to be one size fits all.”

He added that the idea is being cultivated and going to the pay route is something that is definitely in F1’s future:

“We’re spending a lot of time with a whiteboard defining what’s the product, what is the experience, what is going to motivate the hardcore F1 fan around the world to pay?

“We haven’t priced it yet, but let’s say for example 10 bucks a month to access that package.

“Creating a subscription package for the strongest F1 fans is a tremendously important opportunity.”

There will be the traditional contracts with television networks, but unlike under Ecclestone, Carey said there won’t be long-term deals so F1 can review them fairly regularly:

“We will have to navigate though broadcast agreements – there will be a process to work through with our partners to enable us to do that, and we’re on that path already,” Carey added.

“In two-to-three years we have well over half of the TV agreements coming into some form of renewal – we’re carving out the flexibility.

“As we go forward the agreements will be structured to make sure we can exploit all our rights.”

So this subscription over the top model won’t happen right away. But F1 hopes to have it in place by the time all of its major contracts in Asia, Europe and South America expire. And then, expect F1 to have its subscription model worked out and ready to launch. Carey feels there will be some fans who were used to watching the sport and won’t want to pay for content, but he knows there will be hardcore viewers who will.

Carey says F1 will be careful not to totally shut off the television tap, but suggests that the future is coming.