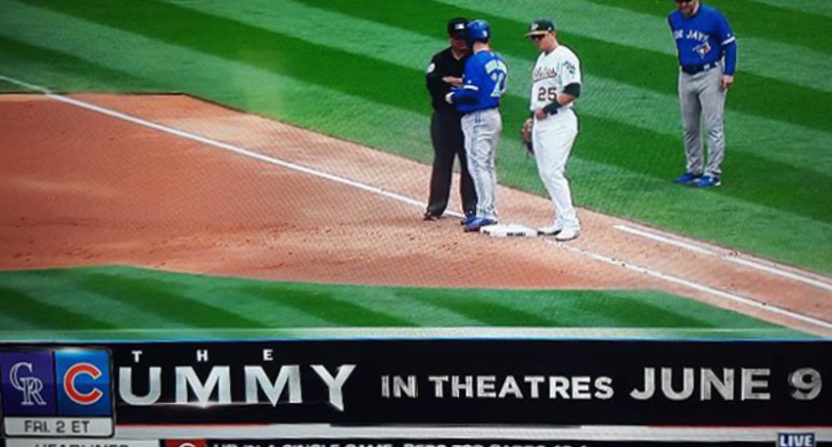 Many Major League Baseball logos are just one or two letters, which can make for some inadvertently awkward situations if they’re placed next to or over other text. It appears MLB Network found that out this week, as a graphic was making the rounds on Twitter Thursday night where promotion of Friday’s Colorado Rockies- Chicago Cubs game overlapped with an ad for The Mummy, with unfortunate results:

are you fucking kidding me pic.twitter.com/LtzPxH6hps

There are other shots of this too:

Yeah, that’s some bad placement, and it may be advertising an entirely different film than the Tom Cruise one launching Friday. This appears to have happened Wednesday, as both the Jays-A’s game in the main picture and the Reds-Cards result on the crawl are from then. It’s definitely a funny result, but it may prompt people to be a little more careful with logos in the future.