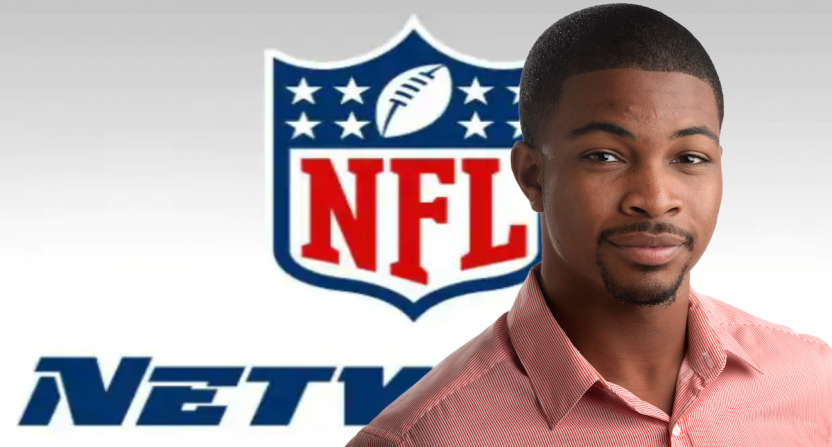 NFL reporter Cameron Wolfe is on the move as training camps begin breaking out the pads in practice. The veteran correspondent is heading to NFL Network after four years at ESPN, during which he covered the Tennessee Titans and Miami Dolphins, along with some boxing work.

New job. Same energy. I’ve joined NFL Network. Hope you follow me on this new journey. Excited to do more TV rapping about football and expanding my coverage around the league. I couldn’t give up these Miami vibes so I’m staying here in the city. ? fans, I still got y’all.

(If you thought to yourself, “Hey, wasn’t Cameron Wolfe already at NFL Network,” you’re thinking of Colleen Wolfe. Maybe the only person momentarily confused was the guy writing this post…)

As Wolfe mentioned in his tweet announcing his move, he’ll be making more TV appearances for NFL Network, appearing on a variety of the channel’s programming including Good Morning Football, NFL Total Access, and NFL Now. Additionally, Wolfe will write content for NFL.com and the NFL app. He’ll continue working out of Miami, as he did most recently for ESPN.

NFL Network Talent Announcement!@nflnetwork adds @CameronWolfe as reporter! Based in Florida, Wolfe will contribute news & reports on various shows, starting TODAY on Inside Training Camp at 10a ET

While on a competitive Dolphins beat, Wolfe wrote many in-depth pieces in addition to day-to-day beat reporting. Most recently, he wrote a feature on the team’s new $135 million practice facility that includes a slide. Wolfe also wrote an entertaining piece on the barbeque restaurant Buffalo Bills receiver Isaiah McKenzie opened in his hometown of Miami and the process of starting that business during the pandemic.

Prior to working for ESPN, Wolfe spent two years at the Denver Post covering the Broncos. During his tenure at the paper, the Broncos won Super Bowl 50 and Peyton Manning retired so he had plenty of good stuff to report.

Wolfe wasted no time before getting right to work in his new role. He made his first NFL Network appearance on Good Morning Football Wednesday morning, providing insight on quarterback Tua Tagovailoa’s progress from Dolphins training camp.

From @GMFB: I introduce our newest reporter @CameronWolfe, and we talk all kinds of Tua while here at #Dolphins camp. pic.twitter.com/m0OrsmaB3r

Up next, Wolfe appeared on Inside Training Camp with Ian Rapoport, talking about cornerback Xavien Howard’s contract dispute with Miami:

Talking Xavien Howard contract situation from Dolphins camp as 2nd part of my @gmfb debut with @RapSheet. On Inside Training Camp a few more times this afternoon talking Tua and rest of offense. pic.twitter.com/SbkQLsVLFl