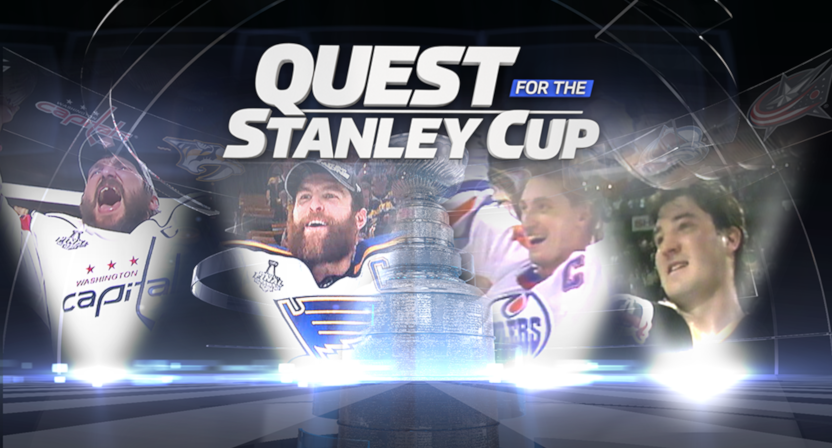 While the Quest for the Stanley Cup behind-the-scenes docuseries (produced by former HBO Sports president Ross Greenburg in association with NHL Original Productions) has been running since 2016, first on Showtime, then (since 2018) on ESPN+, this year’s edition may have even wider interest than normal thanks to the remarkable circumstances around the NHL’s current bubbles. And while there are questions about the league’s decision to prioritize in-house media projects like this while curtailing independent access, the actual first episode of Quest for the Stanley Cup (released Wednesday evening on ESPN+ in the U.S., and on the NHL’s YouTube channel in Canada) is done well, and it may be of interest to both media members and hockey fans. But it also shows the various elements the league is dealing with right now.

Quest for the Stanley Cup actually wound up with even more to handle than was expected, thanks to the Milwaukee Bucks’ protest last Wednesday and the subsequent moves by the NBA, several MLB teams, and several MLS teams to not play games Wednesday night in protest of the police shooting of Jacob Blake. The NHL ultimately decided to play its games last Wednesday (and received wide condemnation for that), albeit with pre-game moments of silence, but then postponed games that were scheduled for Thursday and Friday, and saw players make some notable statements about that decision. And the first episode of Quest for the Stanley Cup generally incorporated that well, touching on how there was uncertainty on if last Wednesday’s games would be played, then showing those games, and then dedicating significant time to subsequent press conference comments from players and also further comments certain players gave exclusively to this docuseries.

Overall, this first episode was balancing three key pillars; the actual on-ice action, the realities of living life in bubbles in Edmonton and Toronto, and then the professional sports protests and the NHL reactions to those. And it balanced all of those elements quite well. On the bubble front, the episode has a quote from Dallas Stars’ coach Rick Bowness near the start of “Until you live it day to day, you don’t understand what we’re going through,” which helps to illustrate the challenges of this bubble for many players and coaches. But Quest for the Stanley Cup also shows off the good points for players, including following Philadelphia Flyers’ players Travis Konecny and Travis Sanheim through the various sports and recreation facilities in Hotel X Toronto. (It’s notable that the episode doesn’t spend nearly as much time in the other hotels in Toronto and Edmonton, though, which are more conventional and don’t have as extensive sports setups.)

Also with regards to the bubble, the episode does a good job of illustrating some of the disruptions players are facing to their day-to-day routines, from showing Boston Bruins’ defenseman Torey Krug going through yet another daily COVID-19 test to showing Tampa Bay Lightning forward Blake Coleman getting his morning oatmeal from a masked server over a Plexiglass barrier. Krug’s line of “It’s kind of like Groundhog Day every day, you wake up and you go through your nasal swab” helps illustrate the challenges of daily testing, as do the shots of the process itself and his comments on how some guys have a harder time with it. We also see the players hanging out in masks for the most part, even when only around other players. There could maybe be some more here on how players are missing their families (there’s a brief shot of the Flyers’ collage of players’ wives and girlfriends), but maybe that will be touched on more in the episodes ahead.

When it comes to the actual on-ice play, this episode also succeeds. Yes, the games here are old news at this point, but there are good shots of the on-ice action, and Bill Camp’s narration helps set the stage well. And the most notable part of the on-ice coverage here may be the footage of coaches’ pre-game and post-game speeches, and of comments from the bench. There are some great comments caught from the bench, including a celebratory “Sniper!” from the Stars’ bench after a goal.

And the exchanges with officiating are perhaps particularly notable. Those include a Bruins’ coach’s “You’ve got to be f***ing kidding me” and Flyers’ head coach Alain Vigneault going after a linesman only to be told “That’s the rule.” The post-game remarks are fun too, from Lightning head coach Jon Cooper saying “You keep f***ing pounding them and they don’t like it” to Bruins’ head coach Bruce Cassidy saying “They got two bullshit goals in my estimation.” So there’s a lot of unfiltered access here, and it’s interesting to see how the players and coaches involve really talk.

The trickiest subject here for Quest for the Stanley Cup may have been the sports protests, the NHL’s delayed reaction, and the eventual decision to postpone the games, but the documentary actually does a laudable job of handling this, especially when you consider that it’s a league-backed documentary. It devotes just about the right amount of time to this; it’s not the only focus of the episode, but it’s certainly not papered over. And the criticism of the league for not immediately stopping play last Wednesday is definitely mentioned.

But beyond that, the series not only includes key bits from the press conferences where players addressed this issue, but also new interviews with some of the players involved, and discussions on why and how things went the way they did. And the interview with Vegas Golden Knights’ forward Ryan Reaves is particularly notable; it illustrates how Reaves (as one of the few Black players in the NHL) was expecting to have to lead the way himself, but how he actually wound up helping an initiative started by his former St. Louis teammate Kevin Shattenkirk (now with the Lightning), and what it meant for him to see that support from Shattenkirk and others.

Reaves has some great overall comments here, especially on how all the Western Conference players came out to an optional press conference about this (he says “I think that was the biggest message”), and on how hockey as a whole hasn’t always considered diversity issues. And his comments of “The statement that’s been made is something that’s going to last” and “We’re not politicians, but we have a platform, I think we’re using our platform to better the world” are definitely notable, and they stick with you. Camp’s episode-ending voiceover also ties up the different themes here, and illustrates that there’s more to come with all three areas (the on-ice play, the bubble life, and the NHL’s reaction to sports protests). And overall, Quest for the Stanley Cup‘s first episode did a fine job of balancing those different components. We’ll see where it goes from here.

Quest for the Stanley Cup’s first episode is out now on ESPN+ (in the U.S.) and the NHL’s YouTube channel (in Canada). New episodes are set to be released each Wednesday through Oct.6 at 6 p.m. Eastern.