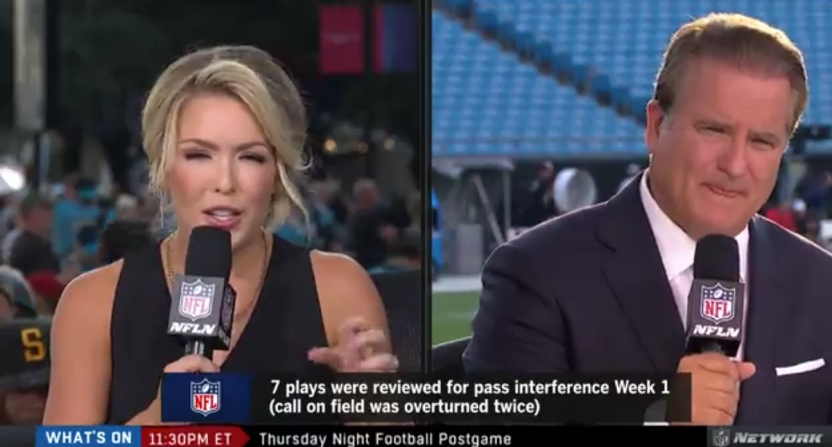 NFL GameDay Kickoff is in Charlotte tonight ahead of the Thursday Night Football matchup between Carolina and Tampa Bay.

Things got off to a rocky start for the pregame show, though, with audio issues from the very top of the broadcast.

The stingers continued to function normally, so it must have been some kind of local issue. It did lead so some quality absurdist theater: Steve Mariucci talking into a vacuum, for example.

Some viewers helpfully took to Twitter to inform NFL Network that their production was flawed.

Someone @nflnetwork is losing their shit right now with the audio not working from the set in Carolina.

Fortunately for everyone involved, the issue seemed to be resolved after the first segment, as the show came back to break with everything up and running.