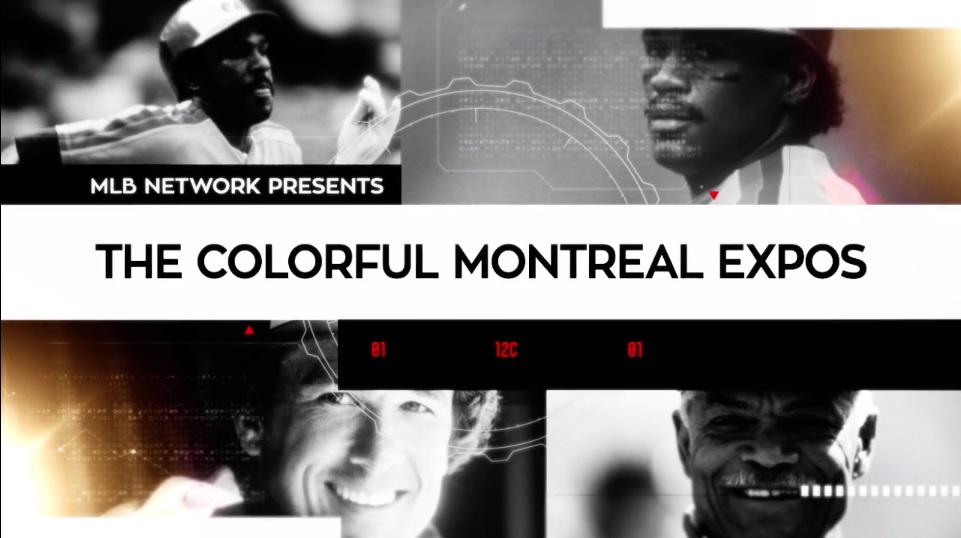 It’s certainly unusual to see a new development on a documentary that premiered over four years ago, but that’s what happened with MLB Network’s re-air of The Colorful Montreal Expos Sunday. When that documentary, part of the MLB Network Presents series, was first released in January 2016 (strangely enough, not in Quebec), it featured three journalists: Michael Farber, Mitch Melnick, and Jonah Keri. But featuring Keri is much more controversial now given his July 2019 arrest on assault charges levied by his wife and his further arrests in November and December 2019 (on new charges, including assaulting a minor); the latest update there appears to be a Montreal Gazette piece from January indicating further court appearances were ahead. And Julie DiCaro and Dayn Perry both tweeted that Keri was removed from the documentary’s re-airings Sunday, with DiCaro saying MLBN “made a conscious choice” to do that:

I can. They removed all Jonah Keri from it entirely. Well done by @mlbtv. https://t.co/9FdWuF4MjX

I haven't seen the re-airing, but I'm told Jonah Keri has been wisely edited out of the Expos documentary on MLB Network. For those unaware, Keri has been charged with assaulting his wife and a minor. https://t.co/xFnSsk3njC

Removing someone from a documentary after the fact because of allegations that emerged later carries some potential for controversy itself, but there seems to be some logic to this move. First off, there’s a difference here between doing this and cutting out a player or a coach who later got in legal trouble or made controversial remarks. Keri wasn’t in the documentary to offer the perspective of a participant in Expos’ history (making this inherently different than a move such as removing a Curt Schilling segment from a Red Sox documentary), but rather the perspective of a commentator on the discussed events.

Giving someone a prominent platform for commentary is a choice by the platform provider, and no one has a right to a large platform. While it made sense to have Keri (long a prominent baseball writer with a strong interest in the franchise, and the author of 2014’s best-selling Up, Up, and Away book on the team) involved in this in 2016, featuring him makes less sense now. Keri doesn’t have a right to have his opinions featured by sports media, and it’s notable that the writing outlets he worked with at the time of his July 2019 arrest (Sportsnet, The Athletic, and DraftKings) suspended or moved on from him in the wake of that arrest. So MLBN’s decision here somewhat falls in line with that. And cutting Keri out doesn’t remove the media perspective entirely, as Farber and Melnick were still featured.

But this maybe brings up an interesting overall discussion on what media outlets do with content featuring people who later face charges or allegations. It’s notable that ESPN has never released the Down In The Valley 30 for 30, pulled a week before its 2015 airing after Deadspin outlined sexual assault allegations against Kevin Johnson, the then-Sacramento mayor and former Kings player who played a crucial role in the documentary. (As Kevin Draper of The New York Times noted Sunday, that documentary was directed by Jason Hehir, who directed the upcoming The Last Dance.) And that maybe also makes some sense; airing that documentary may have brought ESPN more backlash than it would have been worth.

Similar logic can perhaps apply to MLBN’s move here. There’s the potential for backlash from running old content featuring Keri in a prominent role, but cutting him out doesn’t seem too likely to draw a lot of criticism. Keri has largely faded from public life at this point, so we’re unlikely to get something like President Trump’s tweetstorm about being removed from a TV cut of Home Alone 2, something that happened long before he became president.

But what about other old content with Keri or others? For example, Keri is in a season 1 episode of Brockmire, which to our knowledge hasn’t been edited on streaming services. And a lot of his old writing is still up at CBS, The Athletic, Sportsnet and more. Should that all be purged? Some might argue so, but there’s still some reported content there that may be useful for others to reference. And it’s notable that with digital content like that, there’s a higher level of users having to seek it out; it’s not quite the same as watching a documentary on a team and being surprised by an appearance of a sportswriter now facing criminal charges.

At any rate, there are a lot of potential discussions that can be had about editing documentaries after their first airing, and some of those edits may be problematic. But cutting Keri out of this one feels relatively logical for MLB Network; there’s not a lot to gain from leaving him in (the film still works and still has media perspectives without his comments), and potentially some to lose in terms of social media backlash. Featuring him made sense in 2016, but it doesn’t seem to make as much sense now. But it’s still interesting and unusual to see this kind of after-the-fact edit of a documentary.