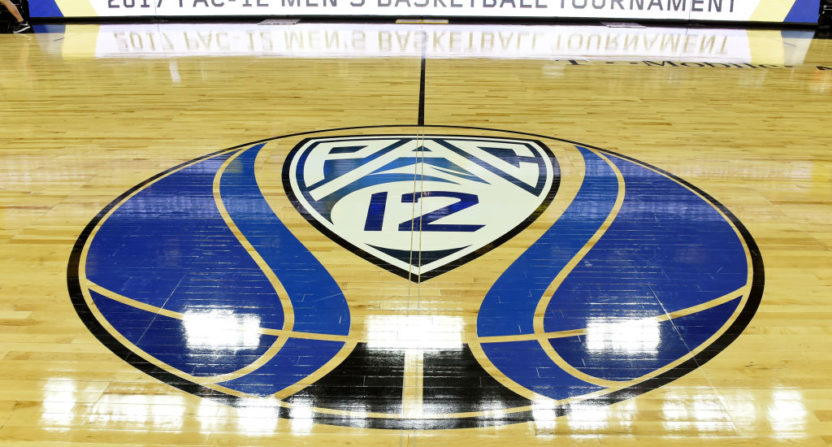 DirecTV and Pac-12 Networks have been in a dispute for five years. And with both sides at a massive impasse, things don’t appear to be changing any time soon. Of course, there had to be a beginning to all this and it began when the Pac-12 Conference was looking to launch a national network. It had went to ESPN and Fox  in 2011 to perhaps model it after the Big Ten Network which had launched back in 2007.

After having a national contract with Fox Sports Net, the Pac-12 wanted to change its distribution model and developed a study to find how it could maximize its exposure and revenue. Thus the Pac-12 Networks were developed.

Commissioner Larry Scott of the Pac-12 Network did sign a 12-year deal with ESPN and Fox for them to to air games and take attractive contests like Notre Dame-USC, Stanford-USC, Oregon-Washington and USC-UCLA.

Pac-12 did approach DirecTV to talk about being a partner in its network, but its then-executive vice president for content strategy, Derek Chang told Scott no. DirecTV wanted to keep programming costs down and in a sense, the satellite provider was already paying for Pac-12 content through its affiliate deals with ESPN and Fox.

And while Pac-12 got Comcast, Time Warner/Bright House and Cox to pay Pac-12 upfront to help offset launch costs for its channels, it also gave them Most Favored Nation (MFN) status. That meant it guaranteed them the same fees no matter when they signed up with the networks.

Chang told Jon Wilner of the San Jose Mercury News that MFN status is what stalled a deal with DirecTV:

“They did a deal with Time Warner (and others), and that boxed them in, and it boxed us in,’’ Chang said. “The way the deal was structured, the MFN, the packaging, how it was carried — it was difficult to get comfortable with.”

And Pac-12 structured its pricing into three different tiers, one for a primary national/local feed, one for an outer market feed and a totally out-of-market/out-of-conference footprint feed. Many of the cable TV providers could do that, but DirecTV could not.

In other words, DirecTV would have been on the hook for $0.10 per subscriber per month for all 15 million (approx) of its customers outside the Pac-12 footprint — that’s $18,000,000 per year — whether those customers wanted the Pac-12 Networks’ national feed or not.

And the satellite giant believed that most customers in the eastern half of the country didn’t care about the content on the Pac-12 national feed.

So DirecTV wanting to hold costs down elected not to sign up with Pac-12 and that’s how it’s been since 2012 when the Pac-12 Networks launched. And even with one national channel and six regional feeds, it hasn’t been enough to entice DirecTV to jump on board.

The Pac-12 did consider eliminating the out-of-market fee as a way to bring DirecTV on board, but due to the MFN status it would have to do that for all of its pay TV partners, so the conference elected not to do that.

With the major football and basketball games on ESPN and Fox, there’s really no incentive for DirecTV to make a deal. There were missteps on both sides. DirecTV’s owner, AT&T has Pac-12 Networks on U-Verse and a sponsorship deal with the league, but that hasn’t been enough to broker a deal on the satellite provider.

So it’s been five years, going into a sixth year between the two sides and there’s no end in sight. Wilner quotes one source who’s pessimistic that a deal will ever get done:

“‘I don’t expect any DirecTV carriage for the Pac-12 Networks,’’ a source said. “Once you don’t have a deal, and you don’t have one for years, life moves on.”

That pretty much sums up the entire DirecTV/Pac-12 dispute.