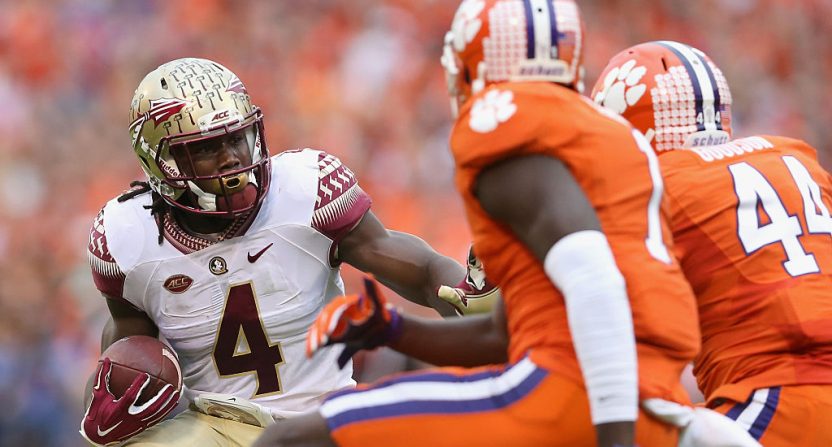 ESPN will finally be launching the ACC Network in time for the 2019 football season. While that’s still two years away, the schools are already looking forward to the increased revenue that is soon to come there way.

It’s no secret that the ACC (and the Big 12 and Pac 12) are lagging well behind the SEC and Big 1o in the conference revenue race. For the 2014-2015 fiscal year, the SEC and Big Ten were able to distribute roughly $32 million to their institutions while the ACC was able to give out roughly $26 million per school.

If anything, it’s impressive that the ACC is at least able to remain within shouting distance of the SEC and Big 10 without a full-fledged network at their disposal. When that changes in 2019, the ACC will expect to get much closer.

Just how close? Florida State University AD Stan Wilcox says the schools in the conference are anticipating the network could deliver up to $10 million dollars in its first year of existence and up to $15 million afterwards.

Wilcox was asked about ACC television distributions at an FSU Board of Trustees meeting on Wednesday morning. A boost was expected with the July 2016 announcement of the ACC Network Extra by league commissioner John Swofford

Revenues will jump once the “linear” ACC Network launches in the fall of 2019. Wilcox said the ACC’s projections have indicated that the distribution per school will increase by $8 million-$10 million in 2019-20, and then $10 million-$15 million in future years.

“These are all projections,” Wilcox said. “It all depends on how well the network does. They are saying this network should have the same kind of return that the SEC Network has had in their first couple of years.”

Now, of course the Big 10 and SEC will likely continue to see increases of their own, but it remains to be seen if it’s possible for the ACC to draw even or surpass either of the two major power conferences in the Power 5. The timing couldn’t be better for the ACC to build momentum ahead of the launch of their conference network in two years as the balance of power in college football might be shifting in their direction. With the Heisman Trophy winner and the National Champions in the ACC, they have as good a claim as anyone for being the best conference in college football right now.

If they can continue that good form for 2017 and 2018 it’ll definitely give the new network a pop in 2019 and lead to even more revenue for the schools. And in the end, that’s what it’s all about when it comes to the competition amongst the conference networks.