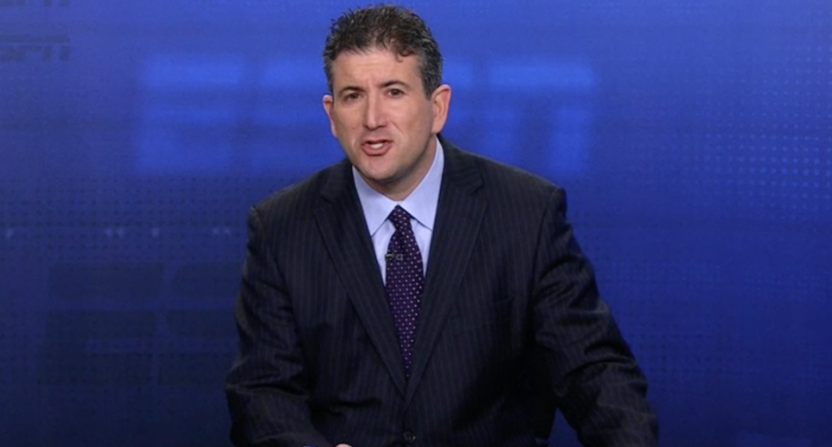 The fates of the 100 or so front-facing personalities laid off by ESPN in April has been a interesting sports-media storyline all year. From Scott Burnside working for the Dallas Stars to Jaymee Sire latching on at Food Network to Paul Kuharsky starting his own site and on and on, it has been fascinating to see where everyone winds up.

On Wednesday, Big Ten Network sent out a press release about its 2017-18 basketball coverage and casually mentioned that former ESPN reporter Andy Katz would contribute to the network during the upcoming season. Katz later tweeted out the news.

A BTN spokesman said the details of Katz’s role are still being ironed out but that the reporter will work with BTN in a part-time role, primarily in studio but also as part of select game broadcasts.

Katz also has a job this fall as the in-stadium host at UConn football games, and he has worked for the Big East, AAC and Atlantic 10 conference at their respective media days in Washington D.C. this week.

Katz was one of ESPN’s top college basketball voices and is one of the media’s top authorities on the sport. He knows how to write and has television experience in a number of roles. It’s no surprise to see him land a solid gig for the upcoming season.

What we don’t know about Katz’s agreement with BTN is whether he had to break his ESPN contract in the process. ESPN has been enforcing non-competes for laid-off personalities still under contract there but allowing them to negotiate terms on which they can work for other networks.

BTN on Wednesday also announced the addition of former Purdue basketball star Robbie Hummel, who will also work for ESPN during the upcoming season.