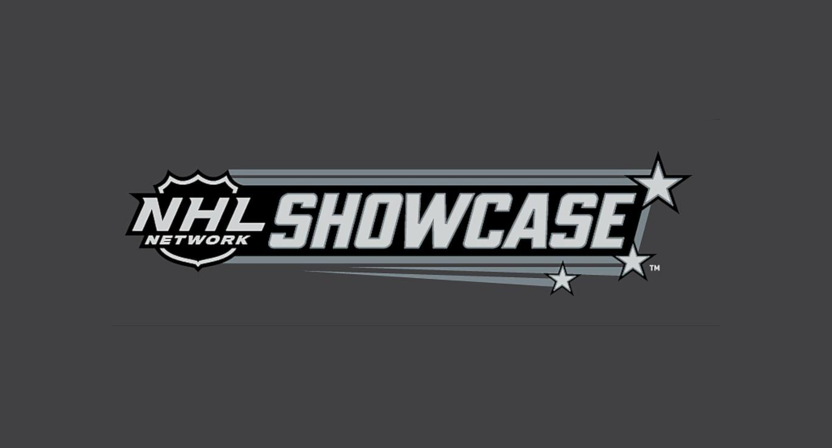 On Monday, NHL Network announced a new “NHL Network Showcase” initiative, which will see them producing and calling 16 regular-season weekend afternoon live games from their headquarters in Secaucus, NJ for the first time. (Sister network MLB Network has regularly produced MLB and international games, with some of those originating from Secaucus, but this is new for NHL Network. They’ve done some telecasts of international hockey (including the World Juniors) from Secaucus, but their NHL game telecasts have usually just been retransmitted RSN feeds or retransmitted Canadian feeds.)

On Tuesday, though, NHLN announced they’ve had to make a schedule change to the series. It will now debut with coverage of the Colorado Avalanche at the St. Louis Blues on Saturday at 3 p.m. Eastern, rather than the initial New York Rangers-New Jersey Devils game planned for that day at 2 p.m. ET. That’s because the Devils’ schedule has been postponed through at least Saturday thanks to COVID-19. Here’s more on that from a NHL.com announcement:

The New Jersey Devils have had all games postponed through at least Saturday due to NHL COVID-19 protocol.

In addition, their training facility will remain closed for players until further notice.

The NHL announced Monday that games against the Pittsburgh Penguins at PPG Paints Arena on Tuesday and Thursday, and a game against the New York Rangers at Prudential Center on Saturday, were postponed. Rescheduled dates will be announced at a later time.

The Devils are far from the only team to have their schedule impacted by COVID-19; the Vegas Golden Knights have also seen recent scheduling alterations, and the Buffalo Sabres (who played the Devils last weekend) have also had their games postponed through this coming Monday. But it’s notable to see a COVID postponement impact this new broadcasting approach, and it’s unfortunate, considering the big step that this was for NHL Network and its personnel. Here’s more from the initial NHLN release on “NHL Network Showcase” and who’s involved:

The NHL Network Showcase presented by SAP, which will be available in the United States and internationally as the NHL European Game of the Week presented by SAP, will feature 16 regular-season weekend afternoon games. The first matchup features the New York Rangers at the New Jersey Devils on Saturday, February 6, at 2p.m. ET, called by NHL Network’s Stephen Nelson (play-by-play) and Mike Rupp (analyst). The NHL Network Showcase schedule, featuring 19 different teams and matchups within every division, is available here. In addition to Nelson and Rupp, NHL Network’s Brian Lawton, Dave Reid and Kevin Weekes, among others, will be part of a group of NHL Network on-air personalities who will call games this season. All 16 game telecasts will be produced in collaboration with NHL International from NHL Network’s studios in Secaucus, N.J., including NHL Tonight intermission reports.

“Launching NHL Network Showcase is a significant step as it perfectly aligns with our continuous goal of creating new, different and appealing content for the hockey community,” said NHL Network Sr. Coordinating Producer Josh Bernstein. “As the intensity continues to pick up throughout the NHL, we’re excited to produce high-quality national game telecasts featuring great matchups on a regular basis.”

Other NHL Network Showcase matchups featured this month include the Carolina Hurricanes against the Columbus Blue Jackets on Sunday, February 7, at 3p.m. ET and the Devils hosting the Washington Capitals on Saturday, February 27, at 1p.m. ET. Every NHL Network Showcase game, which is subject to change, will be available in the U.S. except in the home markets of the two teams featured. In addition to its robust live game schedule, NHL Network continues to cover the latest NHL action with studio programs NHL Now™ (4p.m. ET), NHL Tonight™ (6p.m. ET) and On The Fly™, which airs immediately following the night’s game action.

So this is still a notable move for NHL Network, and they’re still going to have a good game Saturday. It’s just not the one they’d initially planned on.