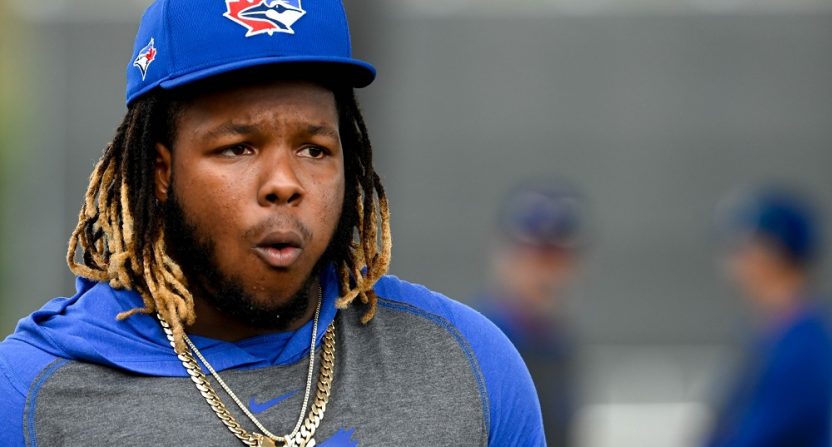 Fans in Canada who want to watch the Toronto Blue Jays during the 2020 season won’t be able to through MLB.TV anymore. On Friday, MLB.TV subscribers were informed that Blue Jays telecasts would now be blacked out on the service in Canada. Instead, they must sign up for Sportsnet NOW if they want to stream those games, rather than get them through cable or satellite.

As The Athletic’s Andrew Stoeten explains, Sportsnet NOW is a good service for Canadian sports fans. And the cost is roughly the same as MLB.TV with a $19.99 monthly rate during the six-month baseball season compared to a $121.99 annual fee. But Sportsnet NOW doesn’t offer nearly the same level of content for Blue Jays and baseball fans, such as opposing team’s telecasts or radio broadcasts. Additionally, Sportsnet NOW isn’t available on Roku, a popular device used by many viewers who cut the cord with cable and satellite providers in favor of streaming their TV programming.

Of course, MLB.TV also gives subscribers the opportunity to watch every game from every other team in the major leagues. So if you’re a fan of, say, the Seattle Mariners or Boston Red Sox and those teams are playing the Blue Jays, you won’t be able to see those games either. That could mean being blacked out from up to 18 games for fans of AL East playing the Blue Jays.

Here are all the regions blacked out of 3 or more teams for MLB TV.

These likely aren’t going to get loosened, so at least reduce the price, which is usually $120 per year, so customers pay for the amount of games they can actually watch. pic.twitter.com/kJnRYpRivp

If MLB commissioner Rob Manfred really wanted to address a significant issue hurting the sport, he should prioritize changing baseball’s blackout rules. Why make the game so inaccessible for fans who want to follow their teams in certain parts of the country. Viewers in Iowa and Southern Nevada, for example, are blacked out from watching six teams due to local broadcast rights and territorial claims. As Jeremy Frank points out, that deprives fans in those regions from 35 percent of MLB games during a season.

In the United States, fans can stream an MLB team’s telecasts in-market but have to subscribe to local cable or satellite packages to access an authenticated account. That’s similar to what Canadian viewers will now face with having telecasts restricted to Sportsnet NOW. The big difference is that Canadian viewers have had that access for the past 10 years and now it’s being taken away.

Once upon a time, major professional sports may have benefited from creating exclusive access to their product. If you wanted to watch a sport, you had to pay for it, whether that meant signing up for a local cable package that carried a regional sports network or buying a ticket to a game. But we don’t live in such an era anymore. If a team or sport makes watching its games more difficult (or expensive, when it comes to signing up for two streaming services), fans will more than likely move on to something else. There are too many entertainment options available now. Leisure time seems increasingly at a premium.

With baseball desperate to appeal to younger fans and consumers who want to control how they watch their entertainment, decisions like this appear frustratingly short-sighted and greedy. And it’s not like fans aren’t willing to pay for that product. But don’t ask them to pay twice for the same thing when only so many dollars might be available to spend. In the case of the Blue Jays, we’re talking about an entire country. Will they continue to be Canada’s baseball team if the nation doesn’t watch them play?