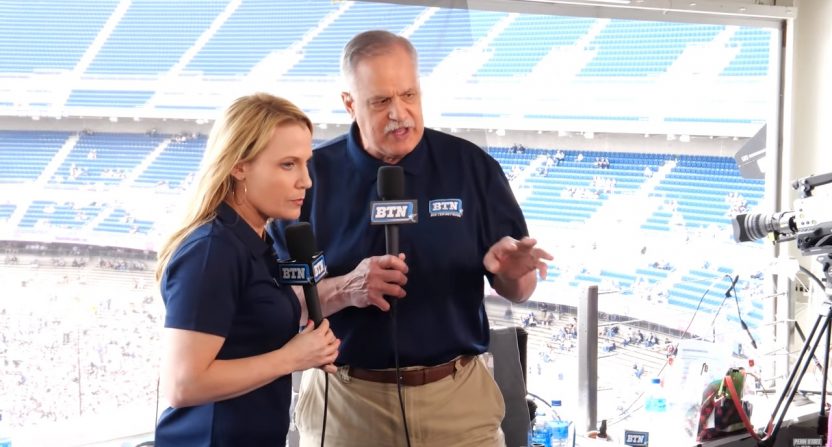 The Big Ten Network, which has dabbled in documentaries and other original series over its 12 years of existence, is going back to the well near the end of 2019.

On Monday, BTN announced the creation of a new series called The B1G Story, which “will provide a contemporary look at compelling Big Ten stories of both past and present”.

The first episode will premiere on Tuesday at 8 PM ET, and the subject will be BTN analyst Matt Millen. Here’s more from BTN’s release.

Episode one, The B1G Story: Matt Millen, will take a closer look at a topic many Big Ten fans are familiar with. Millen, BTN’s lead football game analyst, was diagnosed with Amyloidosis in 2017 and subsequently underwent a lifesaving heart transplant in December of 2018. Amyloidosis had a drastic impact on Millen’s day-to-day life and forced him to step away from broadcast booth after the first five games of the 2018 season. The B1G Story will chronicle Millen’s journey from diagnosis, through his transplant and ultimately his return to the broadcast booth in 2019 for week one of the football season.

Millen’s story has been well-documented over the last year and a half. Back in April of 2018, he revealed he had been battling a rare disease called amyloidosis, and later in the year, he stepped away from the BTN booth to focus on his health. In December, it was reported that he needed a heart transplant, which he received later that month. In July, BTN announced that Millen would return to the broadcast booth this season, and he’s called two games this season for BTN: Middle Tennessee-Michigan in Week 1 and Vanderbilt-Purdue in Week 2, both alongside Kevin Kugler.

Two more episodes of the series are planned, with projected air dates sometime in December. Those episodes will focus on outgoing Big Ten Commissioner Jim Delany and “an unbreakable bond among two Big Ten wrestlers”.

More documentaries are always a good thing, and hopefully BTN continues ramping their efforts up in this department into 2020.