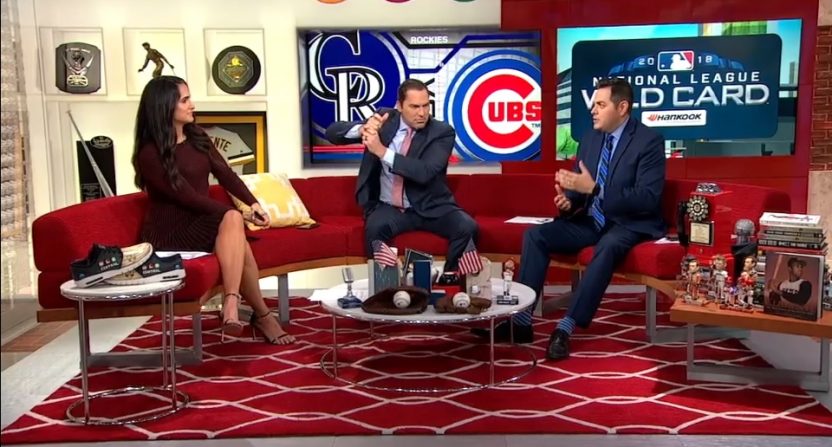 The 2018 MLB regular season is done and dusted, but the Postseason still hasn’t kicked into high gear yet. And with the regular season over, MLB Network is celebrating a unique achievement – viewership all seven of the network’s daily studio shows increased in 2018.

The 2018 #MLB regular season saw every @MLBNetwork studio show grow in viewership year-over-year. Up next on @MLBNetwork: NLDS Game 1, @Braves at @Dodgers, tomorrow at 8:30pE. pic.twitter.com/YnUImo757j

Regardless how people feel about the programming, seeing all seven studio shows increase in the same year is pretty noteworthy, even if only two of those seven shows were up over 20%.

Live games on MLB Network were also up as of August 1st, per Sports Media Watch, with all live games up 3% and the Showcase games up 10%. Another tentpole event on the network, July’s Hall of Fame induction ceremony was up 31% from 2017 (though down from 2016), and baseball really should consider giving the entire league an off day on induction Sunday (or start all the games at the same time, after the ceremony) instead of airing live games head to head with the ceremony.

But back to the studio programming. The seven shows don’t have much in common aside from the fact that they’re focused on baseball. MLB Central is your typical recap morning show. High Heat is a weird combination of radio show and debate show. The Rundown is almost like an afternoon preview/breaking news show. MLB Now is analytically focused and also features debate elements. Intentional Talk is an irreverent talk show. MLB Tonight is essentially nothing but live look-ins and highlights, and Quick Pitch is an hour-long blitz of highlights.

At any rate, any increase is good news for the network, and they’ll look to build on those increases with NLDS games on Thursday (Braves-Dodgers) and Sunday (Brewers-Rockies). The Thursday game has the unenviable task of going up against Thursday Night Football, and while the Sunday game will have to deal with the late afternoon NFL window, both the Packers and Broncos play in the early window.