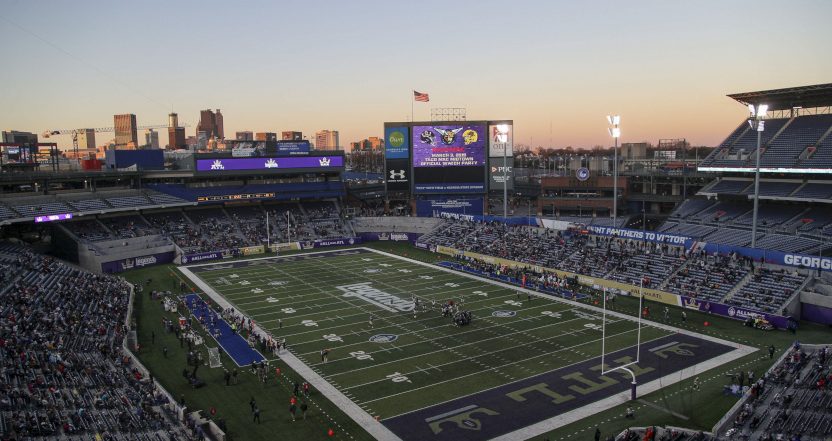 The off-the-field stories around the Alliance of American Football haven’t been great lately, but that doesn’t seem to be affecting their viewership much. Week 2 saw solid AAF ratings on TNT (1.0 million viewers on average) and NFL Network (424,000 and 425,000), and while ratings aren’t available for the CBS Sports Network and B/R Live broadcasts, the NFLN and TNT numbers seemed just fine despite stories wondering if Tom Dundon’s sudden $250 million investment into the league was required for payroll or not. And this past week saw further discussion of those off-field issues, plus talk about the Orlando team practicing in Georgia thanks to insurance and workers’ comp issues, plus a Sports Business Journal report that Dundon had only committed that money, not invested it yet (a report later confirmed by Dundon himself).

But all that noise didn’t bring down the ratings, which rose again:

Those numbers represent 16 and 21 percent week-over-week gains respectively, and that’s impressive on a few levels. With new leagues or sports, there’s often some initial interest that then dies away as time goes on. Yes, some of that’s happened here too (the AAF isn’t getting close to the 2.9 million viewers it averaged for its Week 1 debut, but some of that is thanks to the debut being on broadcast CBS, which has much wider distribution than the NFL Network), but there’s a decent audience that’s sticking around, and there seem to be some new viewers tuning in too.

And while these numbers aren’t mind-blowing or anything, they’re pretty good for NFLN, and they’re beating out lots of regular season MLS and even some regular season NHL broadcasts. 400,000-500,000 viewers is a worthwhile February sports audience, and it helps counter the “nobody’s watching” storyline (even if those remarks supposedly weren’t about the AAF at all).

There’s much more to running a successful football league than just the TV numbers, of course, especially when it’s unclear if the league’s actually getting much or any money from its broadcast deals. There have been some bad attendance numbers, and it’s worth wondering how much revenue is coming in there. And the other off-field stories aren’t to be minimized either, even if seen in the most pro-AAF light; even if the league had enough money for this year pre-Dundon, payroll provider issues in Week 1 and a new chairman announced in-season aren’t great looks for a fledgling league. But at the very least, the AAF has shown it can pull a decent TV audience so far, and that audience has stuck around and grown despite the off-field questions.

We’ll see if that continues, but there certainly seems to be a decent amount of interest in this league so far, at least from TV viewers.

[Sports TV Ratings; photo of Sunday’s Birmingham-Atlanta game, which was on CBSSN, from USA Today Sports]