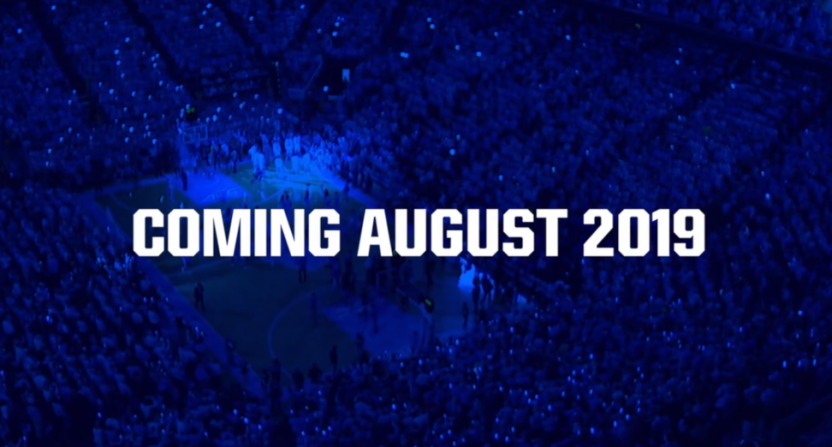 There’s been a lot of skepticism about the ACC Network over the years, from ESPN repeatedly pushing the idea back to finally agreeing to it as part of an extended rights deal (and to avoid financial penalties) to debate about if it would be a linear channel, discussion of if it might be a rebranded version of one of ESPN’s existing smaller channels, and more. But ESPN has insisted they’re going ahead with a linear launch in 2019, under both former president John Skipper and current president Jimmy Pitaro, and they’ve now announced more details on that, including a launch date (August 22).

As projected, they are indeed launching it with big football matchups, with the game between Georgia Tech (an intriguing story given that they’ll have a new head coach) and Clemson (the 2016 national champions, last year’s runners-up, and a team currently ranked #2 in the CFP standings) as the first one set for the network:

The ACC Network will launch on Thursday, Aug. 22, 2019, ESPN and the Atlantic Coast Conference announced today. Just one week later, on August 29, the first conference football game will kick off on the new all-ACC platform when Georgia Tech visits Clemson for a Thursday night contest. The 24/7 network is poised to air 1,300 live events annually across its TV and digital offerings from around the conference’s 15 member schools and 27 sponsored sports.

ESPN President and Co-Chairman, Disney Media Networks, James Pitaro, said, “With just under nine months until launch, we are all systems go with ACC Network preparations. The strength of the season opening game between Georgia Tech and Clemson is indicative of the robust schedule and programming we have planned for ACC fans.”

…“We continue to look ahead to the launch of the ACC Network with great anticipation, and this is another step in the process,” said ACC Commissioner John Swofford. “Showcasing all of our outstanding programs remains a top priority, and our partnership with ESPN allows fans to have greater access than ever before. I also commend our schools who have done an outstanding job in their preparations for a successful launch.”

There aren’t many other details out yet, but ESPN is going to run this 30-second ad for ACC Network during their coverage of the ACC Championship Game Saturday:

That directs people to “GetACCN.com,” which is pretty spartan at this point and mostly just a place to sign up for a mailing list with information about the network. It does also contain the above ad (titled “Rousing Rituals” there), and it will presumably be updated with information about which providers will offer ACCN as that becomes available. And that’s going to be interesting; it’s a tough time to launch a new cable network these days, with many established networks continuing to lose subscribers monthly, and league networks aren’t an automatic hit for providers, as AT&T’s recent drop of the Pac-12 Networks shows.

But ESPN has a lot of leverage given their ownership by Disney and given their popular channels, allowing them to work some less-popular networks in in package deals (as shown with the Altice standoff). So ACCN already has an advantage on the Pac-12 there, and that also helps explain why the network is forecast to help the ACC blow past the Pac-12 and move even with the Big 12 in even the most conservative projections for per-school revenue distribution from media rights. And starting with a big game like Georgia Tech-Clemson will add even more pressure on providers to pick up ACCN from Day 1.

And that’s part of why the ACC schools aren’t too worried about spending so much ($110-120 million across the conference) in facility upgrades for the network. First, doing those upgrades now means they’ll have the needed facilities at launch and may save money in the long run as opposed to trying to patch in upgrades later, and second, if this network goes anywhere close to as well as they’re projecting, they’ll get that money back pretty fast. We’ll see how this all plays out for ESPN and the ACC, but it’s definitely notable to have an official launch date, and it’s particularly notable that they’re putting Georgia Tech-Clemson there. That’s a bold move, and one that could create a lot of consternation for fans if providers don’t pick up the network, but it’s one that could also lead to a lot of early ACCN carriage.