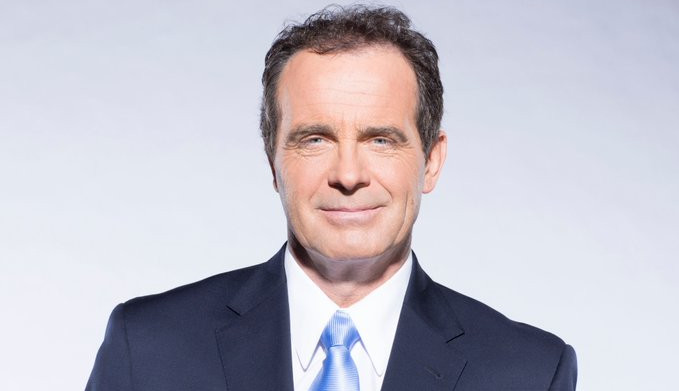 ?♥️?Sad to say goodbye today to my friends at CTV and TSN but so excited for my next chapter which will be as amazing the last. Thank you. Had the time of my life. Cheers???

Black called CFL games for TSN for much of that time. He also served as a studio host for NBA broadcast, called Toronto Blue Jays games, and was a regular part of CTV and TSN Olympic coverage for decades, especially calling figure skating. He received the Sports Media Canada Award for Outstanding Sports Broadcaster, and earned a Canadian Screen Award nomination and five Gemini Award nominations. He also received the Queen Elizabeth II Diamond Jubilee Medal  in both 2002 and 2012 for his work supporting the Special Olympics, a long-time passion for him. Here’s more on him from a Bell Media release:

TSN announced today that prominent sportscaster Rod Black is signing off from the network. The voice of CFL ON TSN and host of NBA ON TSN concludes a remarkable career with Bell Media after over 30 years.

“I’ve been a broadcaster for almost 40 years, with over 30 of those spent with the Bell Media family, and have had a front row seat to some of the most magical moments in sport,” said Black. “I’ve had the chance to travel the world, but more importantly I’ve been able to cover this country from coast-to-coast-to-coast. I will miss the network, and particularly those who have sat beside me and worked with me during all of the incredible events we’ve covered. I can’t extend my thanks enough to all those who’ve been part of this journey. I’m so excited for the next chapter, which will be the most exciting chapter of all.”

…“Rod has been an unforgettable and consistent presence on TSN, with a deep sports knowledge that has allowed him to seamlessly transition between hosting duties and calling games, from football to figure skating to basketball, and more,” said Stewart Johnston, Senior VP, Sales and Sports, Bell Media. “An exceptional broadcaster with a heart of gold, Rod has tirelessly dedicated so much of his time to charitable work and various causes, including his incredible support of the Special Olympics. While we’ll miss him behind the desk and in the booth, we are grateful for his time with the network and wish him nothing but the best.”

In the short term, this is a notable change for TSN’s CFL coverage in particular. As mentioned above, Black has been calling CFL games for almost his whole time at TSN, and that included calling quite a few this year. And the CFL on TSN play-by-play cast has now changed more this season than it had in decades: fellow veteran voice Chris Cuthbert left TSN for Sportsnet after 15 years in 2020 (when there was no CFL season due to the pandemic), and now with Black gone as well, the CFL is going to sound a lot different.

TSN has been using a much deeper group of CFL play-by-play voices this year, though. That group includes Rod Smith, Dustin Nielson, Marshall Ferguson, and Farhan Lalji, and all of them have done good work to date. So there’s a strong group there that can take over the games Black had been calling.

What may be the most interesting to watch is who gets tabbed from that group to call the 108th Grey Cup, set to take place in Hamilton on December 12. That will be the first Grey Cup in a long while not called by Cuthbert. Black seemed like the logical candidate to step in (he’d been calling the CFL for decades, and frequently called the radio broadcast of the Grey Cup game), but now he’s gone too. Smith is maybe the logical next pick (he’s been covering the CFL for TSN for decades, primarily as the host of their studio show, but has switched to play-by-play in the past few years and done well there), but nothing is certain there.

It’s also maybe interesting that while Black is 59 and has been doing this for decades, this isn’t phrased as a retirement. It will be interesting to see what he does next, and to see if that’s inside or outside of the media world.