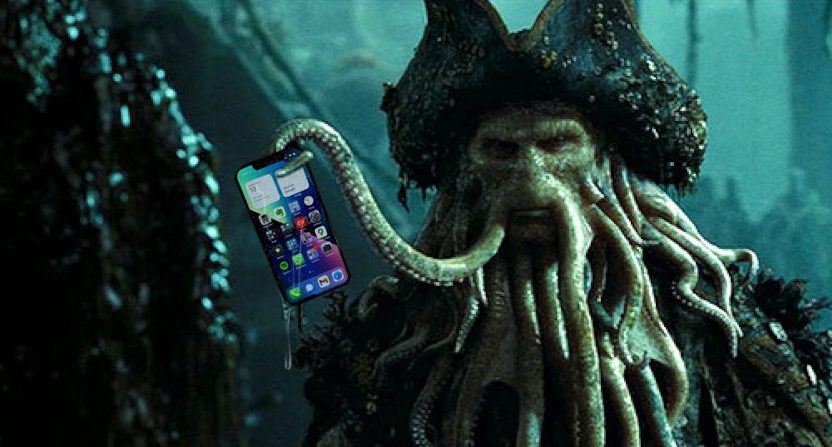 Some of the most remarkable public drama we’ve ever seen between teammates’ wives is what’s going on between Coleen Rooney (wife of Wayne Rooney) and Rebekah Vardy (wife of Wayne’s England teammate Jamie Vardy). That started with Rooney conducting an Instagram sting back in 2019 and announcing that she’d “got to the bottom of it,” accusing Vardy of being the one who was leaking stories on her personal life to The Sun; we then saw a public denial from Vardy, which then escalated into Vardy filing papers for a libel lawsuit earlier this year. That lawsuit on this saga (which some of the British papers have delightfully dubbed “Wagatha Christie”) is now playing out in London’s Royal Courts of Justice, and Tom Peck of The Independent has a remarkable description of some of the cross-examination of Vardy that went down there Thursday:

It was shortly before lunch when it arrived, when Vardy had done seven-and-a-half hours of interrogation, all of which involves her being able to credibly claim that she would never collude with her agent to sell stories to The Sun. It was read out to her, by Rooney’s barrister. Three simple words. “It was me.”

To be clear, it was not Rebekah Vardy who said “it was me.” It was her agent, Caroline Watt, though that fact scarcely makes matters less tricky for her.

Watt’s own phone sadly went missing in the early stages of this case, when it dropped off the side of a boat and into the North Sea. Watt herself has also now sadly gone missing, in the sense that she has been deemed too unwell to give evidence in this trial.

(At one point, it was put to Vardy that it was somewhat helpful that crucial messages on Watt’s phone were now in “Davy Jones’s locker.” She turned to the judge to ask, “Who is Davy Jones? I don’t know who that is.” The judge’s reply, that it was “figurative”, did not appear to fully clear up the mystery.)

Anyway. Watt had said that “it was me” to make clear that Rooney was wrong to think that someone she “trusted” was leaking stories about her to the press. Wrong because it hadn’t been Vardy, it was merely her agent.

Here’s the context for that top illustration, via @IAmHappyToast on Twitter:

As Peck goes on to note, Vardy’s “it was my agent, not me” approach here doesn’t seem to work considering that “a neverending tranche of WhatsApp messages have been read out to her, all of them spelling out in grand detail the degree to which her and Watt appear to have worked together to provide stories to The Sun.” And those are the ones that were obtainable even after Watt’s phone fell into the North Sea (which was discussed back in those February filings). But it’s the discussion of Davy Jones’ locker that’s perhaps most remarkable. Apparently Rebekah Vardy is not familiar either with the seafaring metaphor, the more literal Pirates of the Caribbean version seen at top, or even the member of the Monkees with that name. That’s only part of the weirdness from these proceedings, though: Peck had more on that on Twitter.

“If I’m honest I can’t remember anything about this at all.”

“Well I would like you to be honest as you’re sitting in a witness box in a court of law.”

I have to be honest. I’m not completely clear whether Coleen legit crashed the car then used the opportunity to stitch up Vardy, or whether she, like, actually smashed it up with a mallet or something, solely for this purpose.

We’re being told how, after this story was published, Coleen Rooney publicly stated on Twitter that she didn’t crash her car and someone’s been leaking stories about her. We move on to a fairly unfortunate whatsapp message written by Vardy’s agent.

We are now on the Instagram posts about Rooney’s ‘flooded basement.’ Which is to say, the basement that was not flooded, the flood merely created by Coleen Rooney, in which to drown Rebekah Vardy. Which she appears to have done.

Vardy has recovered sufficiently to allow herself a chuckle as another of her historic whatsapps is read out, in which she claims that arguing with Rooney “would be like arguing with a pigeon. You can tell it it’s right and you’re wrong but it’s still going to shit in your hair.”

And here are some more highlights, from Adam Crafton of The Athletic:

We are now onto a different Sun story, an interview with Vardy at the World Cup in Russia, where she hinted, the Sun said, that sex had not been banned. Vardy said: There’s nothing scientifically proven to say that hinders performance. If anything it probably excels performance.”

Vardy agent, Caroline Watt, wrote to her to say “Halls (Sun Journo) is trying to do a story on Coleen crashing her car but her PA won’t even reply. I’ve told him I’m 100% confident it happened.”

Rooney’s lawyer says that Vardy replied by saying: “she defo did”

By now, Rooney's lawyer says the only person who could see Rooney's posts was Vardy (we are approaching the epic crescendo of Wagatha's work…). The Sun published the "flooded basement story". This was a false story planted by Rooney to lure in a possible suspect.

Rooney's barrister appears to be insinuating Vardy played a significant role in these columns. She is asked if these women written about are in her social circle. "They are not in the same circle. Some of these people I have never even met," Vardy replies

Vardy says she had organised a "My Body, My Bump" initiative with the Mirror, "which was pulled as a result of Mrs. Rooney's post".

Rooney's barrister notes even Vardy's "expert" has described it as 'somewhat surprising'. Camp Rooney's expert say it indicates someone manually deleted this.

Rooney's barrister says that "apparently the laptop you used for the export process, which may hold the key, is broken apparently"

Vardy replies: "It's been broken for a long time, I don't have it anymore."

That’s it for today. We heard at the end that that Caroline Watt, Vardy’s agent, “was filming a coastline” on a boat trip near Scotland when the boat hit a wave and she dropped her phone into the sea. See you tomorrow at 1030.

It’s yet to be determined how successful Vardy’s libel suit and “It was my agent, not me” claims will be. But we do thank her for bringing all of these details, and WhatsApp messages (those not lost to the North Sea) into the public record. And for informing us of her lack of awareness of Davy Jones.