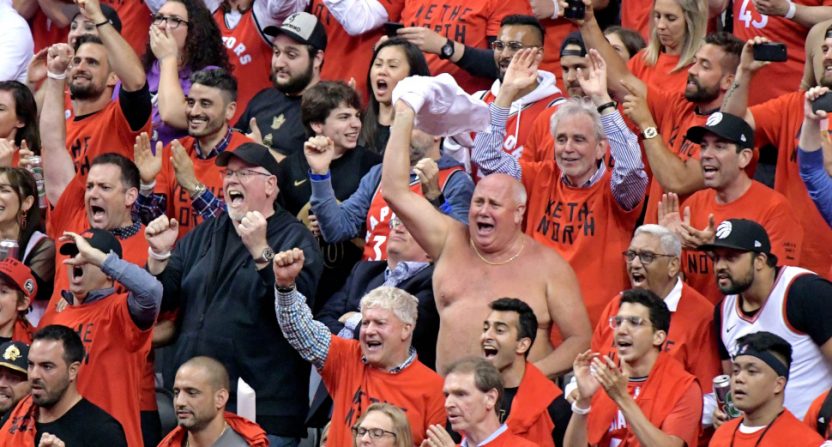 Game 5 of the NBA Finals between the Toronto Raptors and the Golden State Warriors saw some gains on the U.S. TV side (both in overnights and in finals, although still behind some previous years), but the gains in Canada were particularly remarkable. Game 4 (an average of 4.63 million viewers across TSN/CTV2/RDS) was already the most-watched NBA broadcast in Canada ever, and it beat February’s Super Bowl in English-language audience (Super Bowl LIII had 4.33 million English-language viewers on average). But Game 5 pulled in 6.4 million on Sportsnet and CityTV alone:

And as per a release from the NBA, that average audience rises to 6.9 million with the inclusion of the French broadcast on RDS (which is owned by Bell, not Rogers, so that’s why Sportsnet didn’t include them) and the inclusion of those watching on cross-border ABC stations. That’s very good indeed, beating out the 5.3 million combined English and French audience for Super Bowl LIII, beating out the numbers for the Toronto Blue Jays’ postseason run in 2015 (the best games there averaged 5.12 and 4.88 million viewers), and beating out the CFL’s all-time Grey Cup record (6.1 million in 2009). And it’s Canada’s most-watched broadcast this year, beating out even the Big Bang Theory series finale:

And Canada really, really loves The Big Bang Theory, as Bell-owned CTV pointed out at their recent upfronts:

(Of course, they’re not alone; The Big Bang Theory even managed to challenge Sunday Night Football‘s primetime dominance in 2016-17, even if SNF eventually claimed victory there. Still, it’s remarkable how many of those top airings are Big Bang Theory and Young Sheldon.)

So it’s impressive that Game 5 managed to beat that. It also combined with the U.S. audience for an average aggregate audience of 25 million, and an average aggregate audience of 19.3 million viewers across five games, up from 18.5 million across four games last year. Of course, that’s with an extra game (later games tend to draw better than earlier games). And as previously discussed, it doesn’t mean much on the dollars side, especially for ESPN and ABC; they’re concerned about the U.S. ratings alone. But still, there are a ton of people watching this series across North America, and while the involvement of the Raptors may be bad for U.S. TV, it’s sure great for Canadian TV.

And we’ll see what happens with Game 6 in Oakland Thursday. Maybe that one might even get closer to the Canadian Stanley Cup record (8.76 million for Game 7 of the Canucks-Bruins series in 2011). Regardless of if it gets there or not, though, it’s still likely to be one of the most-watched sporting events in Canada in the last decade.