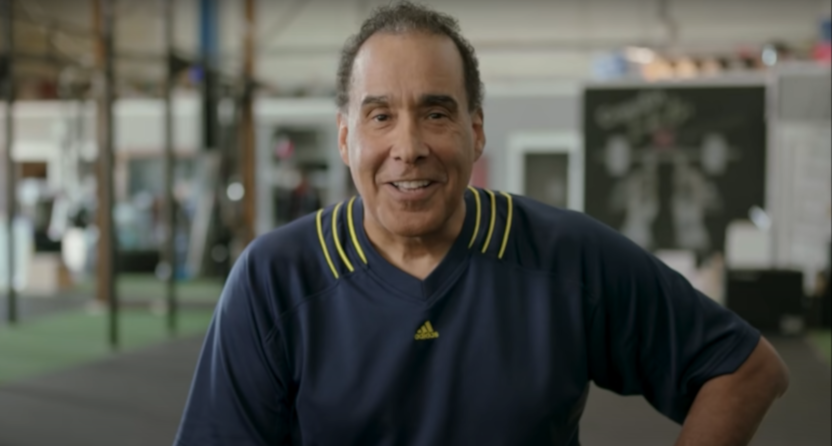 In Canada, BodyBreak has been a regular presence for over 30 years, with Hal Johnson and his wife Joanne McLeod offering simple fitness tips for viewers. But amidst the current conversations about racism in North American society, Johnson spoke out Monday about what led him to do BodyBreak rather than a conventional sports reporting role (thanks to Canada’s TSN turning him down for a regular reporter position after initial interest, and saying they couldn’t hire him due to the colour of his skin), and how people suggested he replace himself with a white man for BodyBreak. Here’s the video Johnson shared:

Here are some key quotes from that video, transcribed by Alex Boyd of The Toronto Star:

That afternoon he started sketching storyboards for what would become “BodyBreak.” The show was rooted in fitness, yes, but Johnson says part of idea was to show people of different races, genders and abilities working and playing together.

Johnson and McLeod developed the idea and went back to TSN to pitch it.

“I saw the program director … and he loved the show, and I was excited, and he said, ‘Yes, we’ll take it,’” Johnson recalled. But the feedback didn’t stop there.

“However, the problem is you’re Black,” Johnson recalls the program director saying. “And the young lady — I remember him saying ‘young lady’ — is white.

“We don’t think the Canadian public is ready for a Black-and-white couple together.”

Johnson says he was told that they would take the series if he recast himself — as a white man: “If you change your part to be a white gentleman, we’ll take it on the air.”

In the end, that didn’t wind up mattering all that much. Johnson and McLeod wound up with ParticipACTION, a non-profit organization launched by the Canadian government. And their work wound up on countless Canadian channels, including TSN. And for their part, TSN issued an official apology Tuesday:

But it’s still incredible to hear how TSN turned down Johnson twice over the colour of his skin, first for a reporting role and then for BodyBreak. And that’s a good illustration of how Canada has had plenty of race-related issues itself over the years; those don’t always get as much attention as they do in the U.S., but there’s a long and problematic history of race relations in Canada as well. (And that’s not just limited to the far-flung past; former TSN reporter Sheri Forde, who’s married to Black CFL on TSN commentator Duane Forde, had an illuminating post recently about the challenges they’ve faced, including in recent years. And

It’s great to see Johnson speaking out here about the barriers he faced. He’s a legendary Canadian TV figure at this point, but that very easily might not have happened if he had listened to the casting notes, or if he had given up after his initial rejection from TSN. And his story helps illuminate just how much of a role racism has played in Canadian television over the years. Canada’s issues aren’t identical to what’s happened in the U.S., but race has played a significant role in decisions in Canadian TV as well. And Johnson’s story is a valuable illustration of that, and it’s notable to see TSN apologizing for how they handled him all these years later. Hopefully they’ll learn from that and do better in the future.