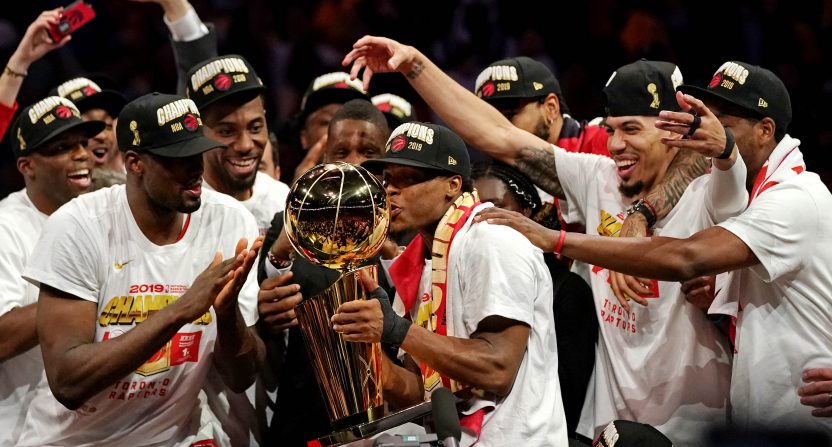 We’ve done a lot of talking about the Canadian viewership for the NBA Finals, and now that the series is over, it’s time for one more update to cover Game 6.According to Bell Media, Game 6 drew an astounding 7.7 million viewers across TSN, CTV, and RDS, making this the most-watched NBA game ever in Canada (topping Game 5) and the most-watched English-language broadcast in three years.

Fan support for the team’s historic NBA championship run was at an all-time high, as preliminary data from Numeris confirms that Thursday night’s Game 6 attracted an average audience of 7.7 million viewers on TSN, CTV, and RDS, making it the most-watched NBA game on record in Canada and the biggest English-language television broadcast in three years.A record 15.9 million unique Canadian viewers – 44% of Canada’s population – tuned in to watch some part of the game. Audiences peaked at nearly 10 million viewers (9.99 million) at 11:47 p.m. ET in the game’s final minute. Fans took the opportunity to celebrate alongside the team, as TSN and CTV’s post-game coverage attracted an average audience of 6.5 million viewers.

Furthermore, Bell is touting that 82% of the households in Toronto and Hamilton watching TV on Thursday had the game on, an all-time non-Olympics high for that market. Naturally, this Raptors regular season was also the team’s most-watched season ever on TSN and the Eastern Conference Final matchup with the Bucks was second behind the Finals matchup with the Warriors on the most-watched playoff series list.Yes, the talk about adding the viewership numbers in Canada to the American viewership numbers isn’t something we should make a habit of doing, but with the absence of a second American market, we can simply let these strong Canadian numbers stand on their own and marvel at just how incredible they are.[Bell Media]