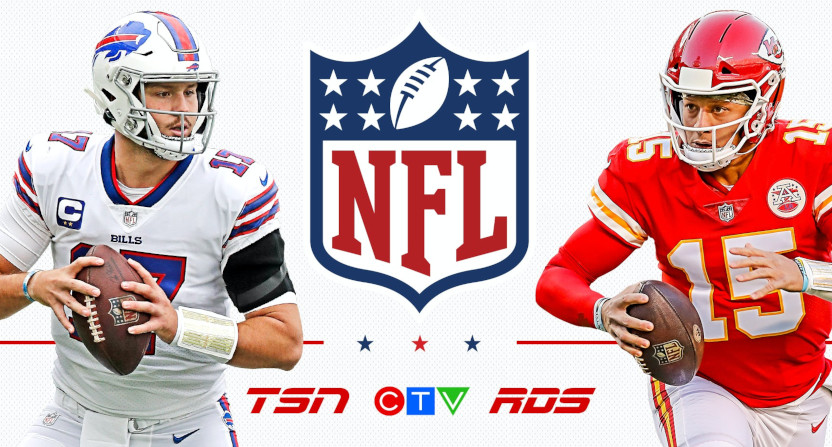 The NFL has long been a focus for Canadian broadcaster TSN and their parent company Bell Media. TSN began showing NFL games back in 1987, and Bell Media broadcast network CTV began showing them in 2007. Bell then struck an expanded NFL deal in 2013, then added more in a 2017 deal that made them the NFL’s exclusive broadcast partner in Canada (the main addition there was Thursday Night Football, which had been on competitor Sportsnet; DAZN also picked up Canadian digital and streaming rights that year, but Bell was the NFL’s only Canadian broadcast partner). And Bell has now agreed to another multi-year extension, which comes with some significant additions.

In the new deal, Bell will now have RedZone (which had been exclusive to DAZN), all International Series games, and the new Monday Night Football games (this year will feature more dual broadcasts, some on ABC and some on ESPN, and Bell now has Canadian rights to all of those) in addition to their previous package. And a notable carryover from their previous package is Thursday Night Football; in the U.S., that’s moving exclusively to streaming service Amazon Prime Video this fall, but in Canada, Thursday Night Football will still be airing on linear TV channels. Here’s more on the new agreement from a Bell release:

From the pre-season all the way through the Super Bowl, fans in Canada can access live coverage of NFL games on Bell Media platforms including TSN, CTV, CTV2, RDS, live streaming through the networks’ official websites and apps, as well as through TSN Direct and RDS Direct subscriptions.

…“The popularity of the NFL in Canada has never been greater, with fan interest in the league growing across the country each season. We’re thrilled to continue to bring the NFL to Canadian fans through our multi-platform coverage,” said Stewart Johnston, Senior Vice-President, Bell Media Sales and Sports. “We’re proud to extend and expand our longstanding partnership with this major investment, and to showcase NFL action across Bell Media platforms like never before.”

“We’re delighted to be extending our longstanding partnership with Bell Media,” said Sameer Pabari, NFL Managing Director, International Media. “This new deal will allow NFL fans in Canada to enjoy a comprehensive line-up of games throughout the season from Kickoff to the Super Bowl across the full breadth of Bell Media’s TV and digital services.”

There are a lot of notable elements to this. One is that pickup of NFL RedZone (this is the NFL Media Scott Hanson-hosted version, not the DirecTV Andrew Siciliano-hosted version). It’s unclear how Bell will distribute that as of this time. But if that winds up on one of their linear channels, it could wind up being more accessible (to those who have traditional cable or satellite packages, at least) then it was under DAZN.

It’s also significant that Bell has picked up that additional Monday night inventory and the International Series games. In the U.S., those international games will be broadcast across ESPN, ESPN+, and NFL Network this fall, so they wouldn’t be available on cross-border broadcast networks. (If the U.S. coverage of an event can be seen in Canada or not can be a big deal, especially if something goes from broadcast to cable like the U.S. coverage of Brooke Henderson’s LPGA Tour win Sunday did.) And yes, NFL Network is available in Canada, but its live games are usually blacked out there thanks to Bell having those rights and showing those games elsewhere; that seems likely to continue here. This means that the Oct. 30 Denver Broncos-Jacksonville Jaguars game will be on linear TV in Canada, but not the U.S. (where it’s an ESPN+ exclusive).

And speaking of cross-border broadcast networks, that’s important for the Super Bowl thanks to simultaneous substitution, or simsub. The practice of simsub (Canadian networks inserting their commercials for events they have Canadian rights to into American broadcast networks’ Canadian feeds) has been around since 1972 for most events and scripted television, but there’s been a long battle over it with the Super Bowl, with many Canadians objecting to not being able to watch the higher-budget U.S. commercials. The Canadian Radio-television and Telecommunications Commission (CRTC, the country’s broadcast regulator) ruled to end simsub for the Super Bowl beginning in 2017, and that led to three Super Bowls without simsub before it was reinstated beginning with the 2020 Super Bowl thanks to its inclusion in the 2018 USMCA free trade agreement. The return of Super Bowl simsub has worked out quite well for Bell in audiences and advertising, and that’s undoubtedly part of what led to them continuing on with the NFL here.