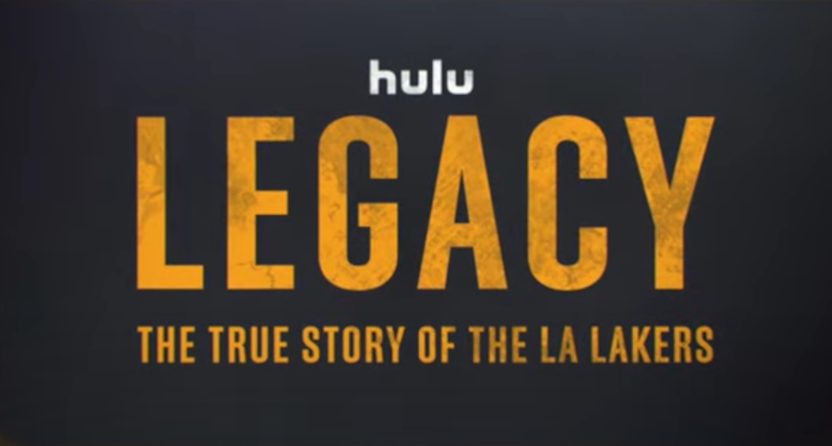 Inflation applies to more than just the dollar, as can be seen in the history of a docuseries on the Los Angeles Lakers with team involvement. In 2018, we wrote about a planned five-part docuseries from the Lakers, Haven Entertainment and the LA Media Fund. That specific series appears to never have been released, but last May, Hulu announced a nine-part docuseries from the team (Lakers’ CEO and controlling owner Jeanie Buss is an executive producer), Haven, and the LA Media Fund, with a different director attached (Antoine Fuqua, known for Training Day, Olympus Has Fallen, What’s My Name: Muhammad Ali, and more) with the team that would come out this year. Now, that series (now titled Legacy: The True Story of the LA Lakers) has expanded to 10 parts and has released a teaser trailer, even if its premiere date is still just “coming soon.” Here’s that teaser:

Here’s more on this project from a Hulu release:

Legacy: The True Story of the LA Lakers” captures the remarkable rise and unprecedented success of one of the most dominant and iconic franchises in professional sports. Featuring exclusive access to the Buss Family and probing, revealing interviews with players, coaches, and front office execs, this 10-part documentary series chronicles this extraordinary story from the inside – told only by the people who lived it. When charismatic real estate tycoon Dr. Jerry Buss purchased the Los Angeles Lakers in a wildly risky and complex business deal, nobody could’ve predicted just how much success was to come. Kicking off the “Showtime” era in 1979, the notorious L.A.-playboy pioneered the business of basketball. He raised the price of floor seats, introduced dancers and a live band, opened an exclusive private club inside the arena, and cultivated famous fans in Hollywood. Over the last 40 years, the team captured 11 titles and retired the jerseys of some of the NBA’s most legendary players.

Today, Dr. Buss’s empire is now worth more than $5 billion. But all of that success did not come easy. Along with notorious feuds, career-ending illnesses, and a bevy of insurmountable on-court obstacles, the Lakers have also weathered intense drama off the court – within Dr. Buss’s own family. Running the franchise as a “mom and pop” operation, Dr. Buss gave his children front office jobs with the understanding they would, someday, inherit his kingdom. But sibling rivalry, interpersonal conflict, and corporate unrest threatened to destroy everything Dr. Buss worked so hard to build. Ultimately, “Legacy: The True Story of the LA Lakers” is about family, business, and power –and how all three must be harnessed to achieve greatness.

This is perhaps particularly notable considering how the landscape of discussions around the Lakers have changed since last May. The biggest factor there may be Winning Time, the Adam McKay-produced (and partly directed) HBO series on the Showtime Lakers of the 1980s, based on Jeff Pearlman’s book. Despite the “great love and appreciation” it was made with, that very-much-unauthorized-by-the-Lakers series spawned a lot of backlash from some of those portrayed, particularly Jerry West, who’s trying to get damages over it. And that backlash spurred even more interest in Winning Time, and probably contributed to its renewal for a second season. So there’s certainly a lot of popular interest in stories about the Lakers at the moment, and there may also be some urgency on the team side to get their side of the story out there amidst HBO’s portrayal (which comes with a disclaimer of “not a documentary,” but “based on extensive factual research and reliable sourcing”). It will definitely be worth keeping an eye out for “Legacy,” and finding out just how much it is a “True Story of the LA Lakers.”