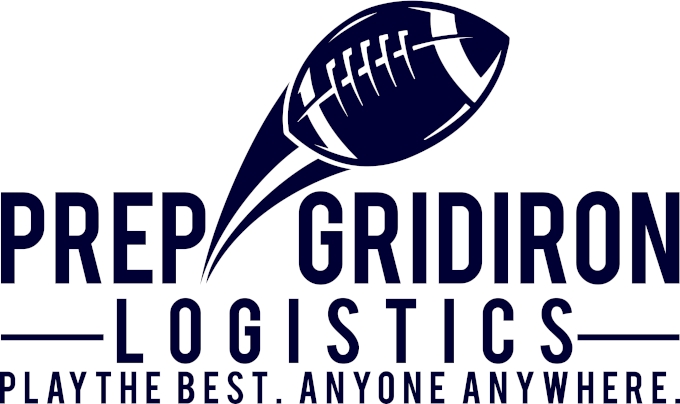 By now you’re probably largely familiar with Bishop Sycamore, the school that got absolutely demolished by prep school powerhouse IMG last Sunday in a football game that ESPN broadcast. ESPN’s announcers apologized during the game and implied that the network had been duped into airing the contest. From there, the whole shady business that Bishop Sycamore is involved in has come to light. With each rock unturned it seems as though we find out that there are disturbing angles and questionable tactics being deployed by various people and parties involved.

When the story broke, ESPN pointed at Paragon Marketing, a company that handles a large portfolio of high school events for ESPN and who had booked the game. Paragon Marketing and CEO Rashid Ghazi took responsibility for the game’s booking, seemingly in an effort in an effort to shield ESPN from blame. However, they also pointed at Prep Gridiron Logistics (PGL), who had booked the actual contest and had recommended Bishop Sycamore for that game.

We recently detailed how a few Yappi.com message board posts made by an account named “Jersey Flyer,” which seems likely to be operated by PGL owner Joe Maimone, tried to defend Bishop Sycamore and the business model behind them, often from a business perspective. Specifically, there was one response that stood out in terms of what they deem a financial success.

“I’m currently 3/4 in similar situations. And I’m not afraid if my batting average drops to .600. I have way more to gain than lose.”

In another thread from early August, the account mentions specific schools similar to Bishop Sycamore that they have worked with.

“I’m obviously a risk-taker, especially when I feel I have absolutely nothing to lose. I’ve taken similar risks in the past with fledgling programs like St Frances MD, Life Christian VA, and USA Academy AL. I’m batting .667 right now”

What the poster seems to be referring to is PGL’s involvement with schools like Bishop Sycamore and the business model used to book them against major prep school players around the country for profit.

Schools such as IMG have a hard time finding opponents willing to (presumably) get beaten badly by these highly talented programs. However, much like when an FCS school schedules an FBS powerhouse in college football, there’s something to be said for the visibility that comes with scheduling a game like this, such as TV and national exposure, not to mention the financial benefits. So, a promoter like PGL, which also has its own streaming deals, can come in and broker the arrangement between the two teams and offer a cut of the streaming profits to either one or both of the schools. They’ll also require these major schools to pay certain fees in order for the unknown school to travel and take part in the game. Those fees often range between $3,000-$10,000 but have reach heights such as $32,000.

Companies like PGL will then hype up these new or unknown teams, not just to opponents but also to promotional intermediaries and their media partners (like ESPN). They’re able to get them on schedules of the biggest prep and private football programs in the country, then broker much-needed travel funds to help pay for their client schools to travel. In theory, these unknowns will become known quantities by playing in these games and raising their profiles. And hopefully, the cycle will begin anew one day with the once-unknown school now able to muster interest as a notable program.

This isn’t just a model that works for PGL. Clearly, other promoters are using it to their advantage as well. Take the case of Beacon Hill HomeSchool, which is crisscrossing the country to take on some of the best teams in the nation (and got crushed 66-0 last week). Far as we can tell, they are not affiliated with PGL.

this "school" played in Oklahoma last weekend and lost 66-0. there is no evidence of it existing before that and it does not exist according to the Virginia Dept of Education https://t.co/nfG2YTTDrJ

To be fair, this model has worked (for those in a position to make money off of it), as the message board poster noted. But if PGL is batting .600 or .667, what about the schools that were “whiffs?” What happened there? One example we can look at is Ultimate Student-Athlete Academy (USAA), referenced in Jersey Flyer’s post above.

USAA was a school seemingly created in 2020 in Coosada, Alabama by Dustin DeVaughn. As noted in a Q&A on PrepGridiron.com in January 2020, USA “expected to build a 19,000 square foot football facility and has recently announced former Colquitt and Hoover head coach, Rush Propst, to lead the program. Propst, you may know, as the head coach featured on the MTV series Two-A-Days and upcoming Netflix series Titletown High, whose controversial and checkered coaching history includes allegations of head-butting a player, giving pills to students, and illegal recruiting tactics.

USAA had big plans for the 2020 season, with a schedule that boasted some of the biggest preps schools in the nation, including Our Lady of Good Counsel (Md.), St. Peter’s Prep (N.J.), St. Frances (Md.), and IMG Academy. They also announced plans to build a stadium and fieldhouse/football operations center in Coosada. A big part of the reason they were able to dream so big was due to the efforts of their game promoter, Joe Maimone of PGL.

Per the Montgomery Advertiser, tuition at USAA was “$13,750 tops” and that the school would cost $13-14 million. When pressed on who was involved in funding the school, DeVaughn was pretty coy.

DeVaughn did not reveal any of the school’s corporate sponsors, but said there were upcoming announcements “that will knock your socks off.” He also didn’t reveal any investors, saying that “private investors are private for a reason.

However, Propst left his post after two months over a buyout clause and concerns over the school’s schedule and facilities. In an interview with AL.com, he seemed extremely concerned about the school’s ability to compete at the level it was attempting to.

“We’re less than six months away from an Aug. 22 first game with a schedule (DeVaughn) put together. I didn’t put the schedule together. He put the schedule together. That was a problem, too. I don’t know a football coach in America – do you know of one? – who doesn’t control his schedule. In high school football, usually the head football coach does. I’ve never known of anyone who didn’t have control of their own schedule.

“With that, you throw in (playing) IMG (Fla.) and St. Frances (Md.) and Good Counsel (Md.) and some of these schools, and you don’t even have a building to go to work in? That’s tough sledding.”

While the school quickly hired a new head coach, things pretty much dried up after that. The school’s last Twitter post on March 14, 2020, was about COVID and focused on a discounted tuition rate for those who still wanted to enroll in the school’s online education program. And then…nothing.

An April 19, 2020 message board post on PrepGridiron.com implies that not only was the school no longer going to play that football schedule, but the school itself basically never actually existed.

While many jumped into the post to pile one, one commenter named “GardenStateBaller” stepped up to defend the program and talk from a place of involvement with it. That similar-sounding name to Jersey Flyer implies that this too was Maimone, which has been inferred by many many sources to AA as well. Once it became clear that USAA was not going to play this season, GardenStateBaller removed their posts from the thread, which is why only responses and quotes from other posters now remain. 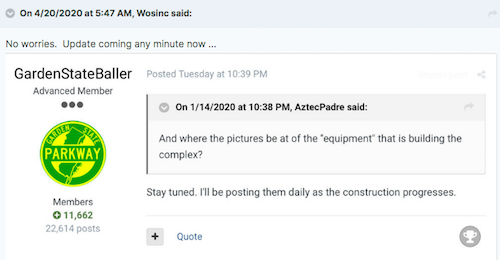 And so, that’s how the shady high school football scheduling sausage is made. Bishop Sycamore wasn’t the first school to pop up and take this route and they probably won’t be the last. But given the spotlight that this situation has put on companies like PGL, it might make these kinds of situations much harder to broker. Because even if they’re “batting .600,” the only ones anyone is paying attention to are the ones that were big misses, especially since those misses affect the well-being, safety, and health of young men in a position to be taken advantage of and profited off of.

Catch up on all of Awful Announcing’s coverage of the Bishop Sycamore story here.