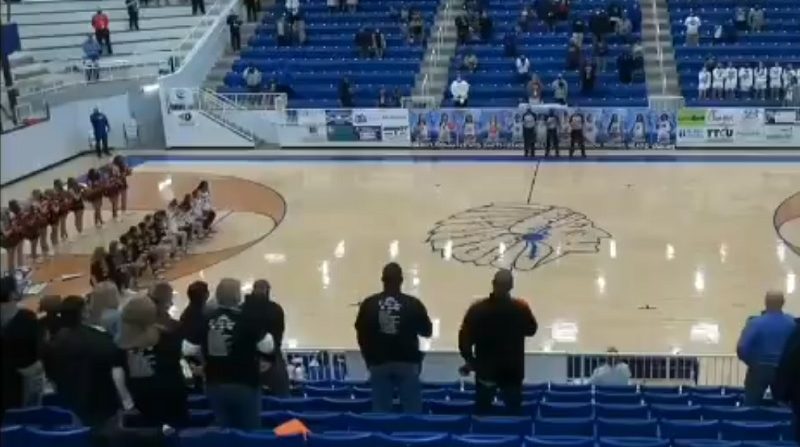 Chances are, you remember the story a few weeks back of an Oklahoma radio announcer who called female high school basketball players the N-word on a hot mic. And if you didn’t remember the incident, you certainly remember how that announcer tried to blame his racism on low blood sugar.

What you might not remember is that in the initial reporting of the story, the announcer was misidentified. Now, the person who was wrongly identified is suing the newspaper and two journalists who filed the initial report as well as various other parties involved.

As a refresher, high school announcer Matt Rowan was hosting the broadcast of a girls’ high school basketball tournament in Oklahoma on March 11. During the national anthem, some members of one team took a knee in the same manner that other athletes have protested for social justice in recent years. Rowan, seemingly unaware that he was still on-air, says “They’re kneeling?… I hope they lose … hell, no,” and then goes on to use the N-word and other terms. The next day, the clip was posted to Twitter and went viral.

Hey @NFHSNetwork looks like you forgot to cut the Mic!!! "F****** N******" is the one that really got me!! Tell us how you really feel!! THIS IS WHY THEY KNEEL!!!@Migliorino_Nick @tohara_o @NHS_AthDept @gonormantigers pic.twitter.com/mmWQAecLaF

The Oklahoman initially reported the story, saying that Scott Sapulpa was the person saying the remarks. Many national and online outlets, including us at Awful Announcing, picked up the story and used it as the basis for their own reports. Some of the outlets included Sapulpa’s name as it had been included in The Oklahoman’s write-up. On March 12, Rowan identified himself as the person who made the statements. The Oklahoman would go on to amend the reporting and remove Sapulpa’s name from their story. They also added a correction at the bottom of the article.

The Oklahoman in an earlier version of this story identified an individual as the person who made the racist comments, based on official sources who were familiar with the incident. That information was incorrect.

Cameron Jourdan, the reporter who initially wrote the story for The Oklahoman, also updated his reporting on Twitter. 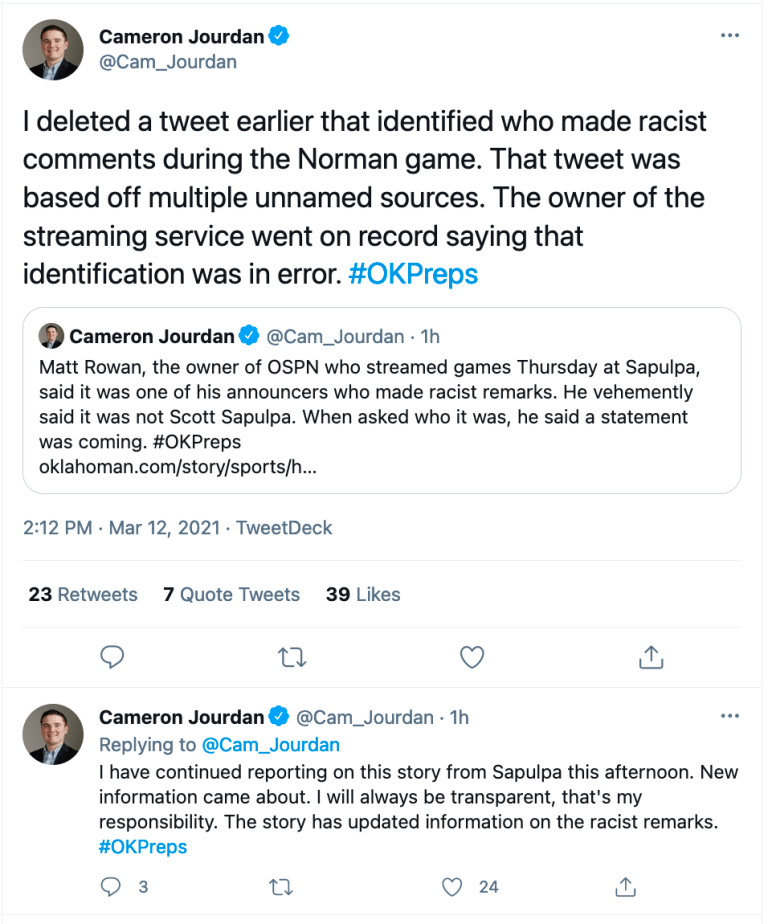 As part of the suit, Sapulpa’s lawyers identify him as someone who was assisting as part of the broadcasting team along with Rowan. The suit also accuses Rowan of knowingly letting Sapulpa take the blame for the remarks for a full day, which led to the ruin of his reputation, before eventually admitting it.

CBS Sports Inc. is included in the suit as NFHS Network LLC, which broadcasts the games, is part of the CBS Sports Digital Network, per their website.

When it became clear that Sapulpa was not, in fact, the person who had uttered the racist words heard on the broadcast, reporter and writer Jeff Pearlman pondered a question on his website, “who will Scott Sapulpa sue first?” Now we know.