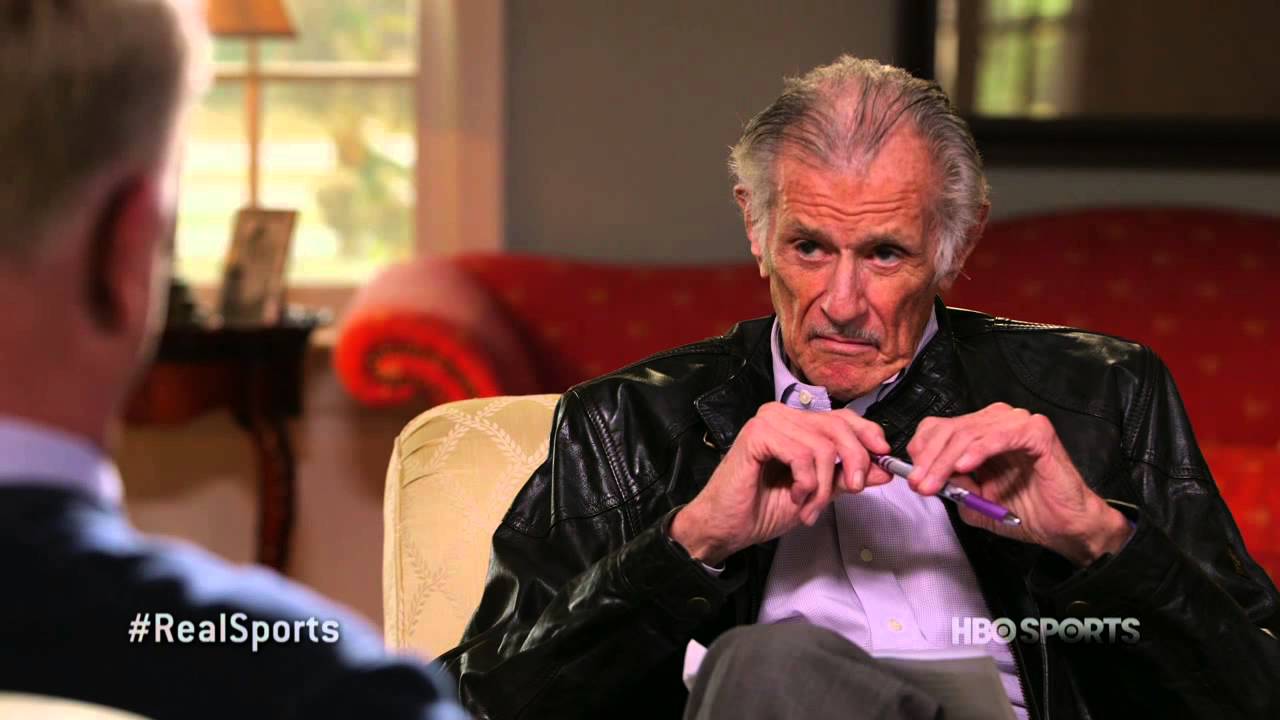 Frank Deford, one of the greatest sportswriters of all-time, died Monday at age 78. Deford spent five decades writing for Sports Illustrated, editing The National, contributing to HBO’s Real Sports and delivering commentaries for NPR, earning acclaim for his brilliant writing and scholarly disposition.

Noting how sportswriters were often considered a journalism underclass, Deford took to calling himself “the tallest midget,” in what we can now acknowledge as a (well-deserved) primordial humble-brag.

Deford won six Sportswriter of the Year awards and was awarded a National Humanities Medal from President Obama, but those who know him say he was as good a person as a writer.

Deford’s death prompted a wave of tributes from writers who worked with him or just admired him from afar.

An SI editor once said that Deford wasn’t so much a great stylist as someone whose humanity shone through in all that he wrote. And that—not the many peerlessly written profiles or more than 1,600 NPR commentaries—is how he will be remembered in the House of SI, where he graced the magazine’s masthead for more than half a century.

Deford also enlarged the canvas on which sportswriters painted, and in doing so set the stage for colleagues to come, from Gary Smith to Wright Thompson.

A collection of Sports Illustrated writers past and present offered their remembrances as well. Here’s an excerpt from Michael Bamberger’s tribute:

For decades, the things that had impressed me most about Frank Deford—aside from the dripping-syrup beauty of his writing—was how damn handsome the man was. Not TV newscaster handsome. Movie-star handsome. The tall, lean frame; the long, gray swooped-back hair; the dangling sideburns; the loose and stylish suits, purple accents here and there. His voice was a perfect match for his appearance, with his theatrical listen-up-here pauses. The back-cover bio blurb brought the whole package home: The impossibly talented Frank Deford lives with his wife, the former model Carol Penner, in Westport, Conn., and Key West, Fla.

I was in awe of Frank before I ever met him. He wrote a story about the Harlem Globetrotters in the early-70s [“The Bouncing Ball,” Dec. 3, 1973] that I read twice in a row and said: “Okay, I get it. This is what you have to do as a sportswriter.” I knew I’d never be that good, but the tone of it, the way he mixed respect with a jaundiced eye, the way he reported the absolute hell out of it was invaluable to me.

Frank Deford set a very high bar as a magazine sportswriter, and he also happened to be one of the kindest, most supportive people I have ever met in the business, a Southern gentleman whose talent as a writer was matched only by his generosity and grace as a human being.

Nobody ever wrote about sports with the depth, insight and touch of Deford. Very few people ever wrote about America as well as he did, either. A thousand writers would praise a sports figure and another thousand would rip him, and then Deford would step in and explain him, and his piece would render the others unnecessary. He had, in sports parlance, all the tools: He could report, observe, structure and write at the highest level. The other greats of my profession—Jim Murray, Dan Jenkins, Gary Smith—spawned imitators. Deford was different. You could learn from him, but good luck copying him. I’ve been reading sports stories almost every day for 30 years, and I’ve never read anybody who reminded me of Frank Deford.

And of course the tributes poured in on Twitter.

Frank Deford was longform before #Longform. In many ways, he invented the genre and let future generations play with it.

The best sportswriting advice I've ever received. That Frank DeFord took time to share it with a nobody college frosh says a lot about him. pic.twitter.com/liu9P2KrTq

It always felt like Frank Deford was too smart, too classy, too good to be a sportswriter. We are all better for him having been one. RIP.

Frank Deford: the first person who made me want to write about sports. Then my friend. My first blurb on my first book, FFS. Rest In Peace.

RIP Frank Deford, who told such wonderful stories in print, TV and radio with feeling and empathy. A writer's writer. A wonderful man.

Frank Deford used to tell us: "I don't write about sports. I write about people who happen to play sports." That stuck w/ me forever. RIP.

In my early days at SI, Frank Deford sent me a note that advised: "Don't use so many direct quotes. You're a writer, not a stenographer."