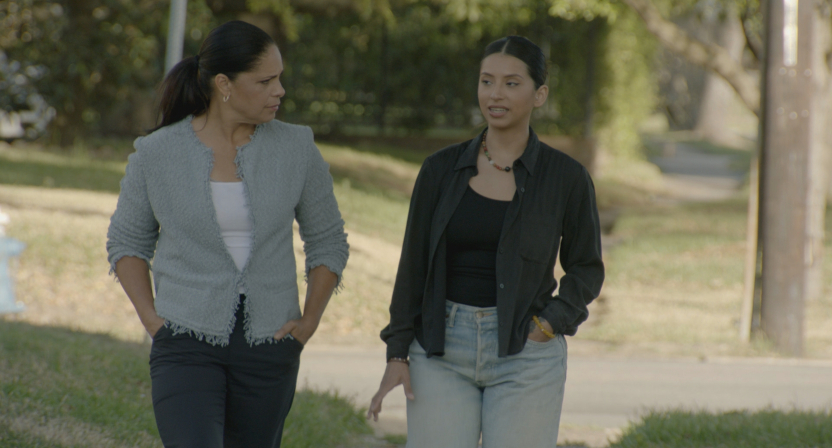 Tuesday’s edition of Real Sports with Bryant Gumbel on HBO (10:00 p.m. ET/PT on HBO, streaming on HBO Max) is going to have a lot of eyes on it, perhaps especially for the segment featuring two of Cleveland Browns’ quarterback Deshaun Watson’s accusers, Ashley Solis and Kyla Hayes, giving their first national TV interviews on this topic (which is still the subject of civil litigation from 22 women, including them, plus a NFL investigation; Watson denies wrongdoing). That segment, helmed by correspondent Soledad O’Brien (seen at left above with Solis), has already seen preemptive downplaying from Rusty Hardin, one of Watson’s attorneys, even though he hasn’t seen it yet.

AA also hasn’t seen the full segment, but we have seen a transcript covering many of the key parts. That includes comments from Solis and Hayes, comments from lawyer Tony Buzbee (who represents Watson’s accusers), and comments from lawyer Leah Graham (another of Watson’s lawyers). And those comments are certainly notable. One significant part of the discussion comes from Solis and Hayes describing their massage interactions with Watson and the alleged sexual assaults he conducted there, in quite graphic terms.

ASHLEY SOLIS: As I’m working, he deliberately grabs himself and put his penis on my hand. And I pulled my hand away instantly and I started crying. And I told him that I’m done. I don’t wanna do this anymore.

KYLA HAYES: He wanted me to kinda make a V motion in his pelvic area. So go across his stomach to his thighs, back to his stomach. I just kept massaging and did what he asked until his penis kept touching me repeatedly as I did it. He was moving his penis back and forth as my hands moved as well.

SOLEDAD O’BRIEN: It allowed him to, kind of, put his penis on to your hands?

O’BRIEN: And you thought that was intentional?

HAYES: It was intentional

O’BRIEN: So how did it end?

HAYES: At some point, he did ejaculate. That was mortifying and embarrassing and disgusting.

The segment also includes Solis describing a parting message from Watson of “I know you have a career to protect,” which she thought “sounded like a threat.” Both that discussion and the above-quoted discussion are notable for their level of detail. And they certainly don’t present Watson in a good light.

From Watson’s side, Hardin already spoke out about this piece, but it does includes a perspective from someone representing Watson. That’s from Graham. Here’s part of the conversation between O’Brien and Graham:

O’BRIEN: For Deshaun Watson to be innocent, 22 women would have to be lying. Why would the public believe one man versus 22 different women?

GRAHAM: It’s 22 women. It’s one lawyer. There’s only one lawyer who was willing to take these cases. And as we know from Ashley Solis’ deposition, Mr. Buzbee was not the first, probably not the second or third lawyer she went to, but he was the only one to take her case. Why? Not because it had merit, but because he would use these cases to increase his social media following and quite frankly to get on shows like this one.

O’BRIEN: Deshaun Watson has insisted that in these massages, that he was looking for nothing other than professional services, but we know he did have sex with three women, right? Oral sex with two, vaginal sex with another. So how do you explain unintentionally ending up having sex with people who are giving you professional massages?

GRAHAM: Well, in every massage, I will tell you he did go, intending just for a professional massage, and only those three instances where sexual conduct occurred– consensual sexual activity– it occurred after the massage session had ended. And Mr. Watson has testified and is insistent that that sexual activity was initiated by the plaintiff in every single instance.

Real Sports has done a lot of important pieces over its 300-plus episodes, but this one perhaps stands out for its potential impact. That’s especially true given that both the civil litigation against Watson and the NFL investigation into his actions are ongoing, with a decision from the NFL investigation likely coming this summer, and the civil trial likely happening either in July or next March if the lawsuit isn’t settled by then.

The Browns have bet big on Watson, trading three first-round picks for him and signing him to a fully-guaranteed deal worth $230 million over five years. They also claimed to have done a “comprehensive evaluation” on Watson, although Buzbee said they never contacted him or his clients. So any discipline from the NFL for Watson could significantly affect their season and their future. And given that the NFL’s decision will likely have a lot to do with public perception of the Watson case, this Real Sports piece and how the public reacts to it may wind up being important to the league’s eventual ruling.

[Excerpts and photo supplied by HBO]