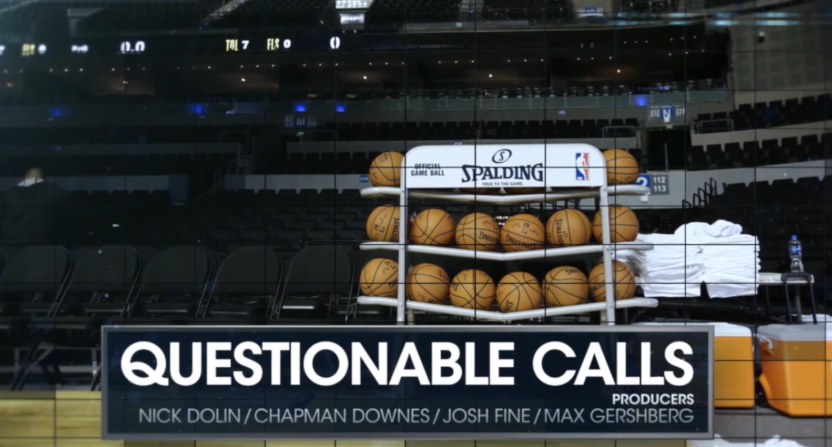 HBO’s Real Sports with Bryant Gumbel has dug into quite a few big and controversial stories over its 25 years on the air, and one segment on Tuesday’s edition (which premieres at 10 p.m. ET/PT) definitely fits into that tradition. Correspondent David Scott helms a 15-minute segment called “Questionable Calls,” which dives into three particular areas of how U.S. professional sports leagues and teams responded to the COVID-19 coronavirus. Those areas are testing (specifically, why so many asymptomatic NBA players were tested immediately following Rudy Gobert’s positive test), the Sacramento Kings briefly renting their old Sleep Train Arena to the government of California as a disease response center for $500,000 a month, and the teams that applied to the federal Paycheck Protection Plan funding that was aimed at small businesses (the Los Angeles Lakers are the only confirmed one, and they later returned that money, but this report suggests other teams may have applied as well).

All of those areas feature strong criticisms of the responses by leagues and teams, but the PPP one is perhaps particularly notable for its suggestion that other pro teams may have applied to the program and possibly received funding through it. Here’s some of that dialogue between Scott and Kyle Herrig, founder and president of government watchdog group Accountable.US:

David Scott: All of which raises a question: how many other sports teams have helped drain the small business rescue plan? Turns out… that’s a closely guarded secret…

Kyle Herrig: There’s no duty to report here. And there’s no transparency in the program.

Scott: So wouldn’t that then give cover to any major sports franchise to attempt to get the money without being publicly identified?

Herrig: There’s no way that we would know if a sports team took the money unless they disclose it.

Scott: So we asked every team in America’s four major sports. The NFL told us none of their teams applied. All of the NBA teams said the same…besides of course, the Lakers. But among the 53 US-based teams in Major League Baseball and the NHL…27 of them declined to answer our question.

Of course, teams declining to answer a question doesn’t necessarily mean that they applied, and it certainly doesn’t mean that they were successful. Some teams might have chosen not to comment even though they didn’t actually apply for PPP funding, while some might have applied, not been granted it, and chosen to keep that information to themselves. But the numbers Scott cites here certainly suggest there are a lot of teams that don’t want to reveal if they applied for or received federal funding (which the Real Sports piece notes was supposed to be specifically for businesses that would not be able to continue without it; professional sports teams worth billions or hundreds of millions and backstopped by rich leagues and owners certainly wouldn’t seem to qualify there).

That’s interesting new reporting that may get more people asking questions about if other sports teams applied for or received PPP funding. Granted, pro sports teams aren’t known for being open about much, so we may never know a further result here. But it’s definitely notable to see Real Sports both bringing this to wider attention and getting those numbers of comment-declined responses.

And this whole segment offers some tough criticisms of leagues, and makes some valid points. In the testing discussion that leads this off, Scott interviews Dr. William Schaffner, the medical director of the National Foundation for Infectious Diseases and a professor of preventive medicine and health policy at Vanderbilt University, who discusses the widespread testing shortages in March (when the NBA tested numerous entire teams, including the Brooklyn Nets). Schaffner says “We had to focus on people who had advanced disease, who already had symptoms” and “We were not able to test widely healthcare workers who had direct contact with COVID-positive patients. …I was distressed that here we were diverting resources from genuine public health needs for another use.”

Scott also speaks to Mia Mungin, a Brooklyn nurse who was exposed to the disease in her hospital work, couldn’t get tested for it, and later saw her sister Zoe die of it (also after being refused tests), and Mungin says “All I could do is cry, I was so angry” when discussing seeing reports that the entire Nets’ team was tested while she and her sister couldn’t get tests. In a later interview that took place after Zoe’s death, Mungin says that she was told the delay in testing Zoe may have led to her death: “The response that I was getting was that she was too far in the disease process, so everything that we could have tried, were able to try, I was not able to get my sister tested, with symptoms. That’s just something that I can not let go. We are healthcare providers, we put our lives on the line, and we can’t get tested, and we’re going to put our family at risk for everything? But you go and dribble a basketball, and hey, the world is saved.”

The discussion of the Sacramento arena is also notable, with Scott interviewing Craig Powell, president of civic watchdog group Eye on Sacramento. The segment covers how this was initially viewed as a charitable gesture from the Kings, only for it to later come out that they were being paid $500,000 a month for that (in addition to various operational costs). And this was at their old arena, which was only available because of the new Golden 1 Center, built with $255 million of money from the city. Powell describes the decision to charge rent here as “profiteering off a pandemic,” and Scott’s piece notes that while the Kings ultimately decided to make the Sleep Train Arena available sans rent last week (two days after Real Sports asked them about it), they didn’t return the first two $500,000 payments they received.

Overall, it’s certainly notable to see Real Sports providing a platform for such strong criticisms of leagues on these serious issues. And this is a well-done segment from Scott and the Real Sports team (Nick Dolin, Chapman Downes, Josh Fine and Max Gershberg are the listed producers for this segment). And it illustrates that these kinds of documentary segments can still be done even in a quarantine world; Scott is seen at his home, with the people he interviews appearing via video conferencing, and while it might have been nice to have them appearing on camera together as you might have seen in a non-2020 year, this seemed like a perfectly functional substitute. And it’s a valuable segment, and one that raises some hard questions about how teams and leagues have responded to COVID-19.

The latest episode of Real Sports with Bryant Gumbel premieres Tuesday at 10 p.m. ET/PT on HBO.