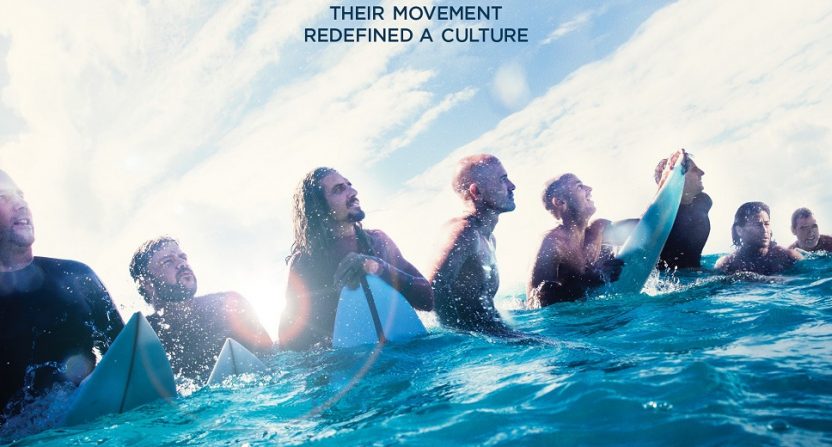 We’ve seen some interesting sports documentaries from HBO recently, from April’s Andre The Giant (directed by Jason Hehir, with Bill Simmons as a notable producer) to October’s Student Athlete (directed by Sharmeen Obaid-Chinoy and Trish Dalton, with LeBron James as a notable executive producer) to the recently-announced What’s My Name (a two-part documentary on Muhammad Ali, directed by Antoine Fuqua with James again as an executive producer), The Many Lives of Nick Buoniconti (directed by Bentley Weiner, executive produced by HBO’s Peter Nelson and Rick Bernstein) and now Momentum Generation. This latest documentary (premiering on HBO Dec. 11) focuses on surfing in the 1990s, and how it was changed by interviewees Kelly Slater, Rob Machado, Shane Dorian, Taylor Knox, Benji Weatherley, Kalani Robb, Ross Williams, Taylor Steele, Pat O’Connell and others. And it has a whole lot of interesting figures attached to it.

That starts with the directors, Jeff and Michael Zimbalist. The brothers are well-known for their work on a variety of documentaries over the years, from ESPN 30 for 30 entries The Two Escobars and Youngstown Boys to Pele: Birth of A Legend and Fox’s Nossa Chape. And there’s a lot of further talent attached here, including executive producers Robert Redford and Laura Michalchyshyn of Sundance Productions alongside Karen Lauder and Greg Little of Priority Pictures, plus HBO producers Simmons, Nelson and Bernstein with supervising producer Weiner. And it sounds like they got some interesting material out of their interviewees, from the quotes included in HBO’s release: 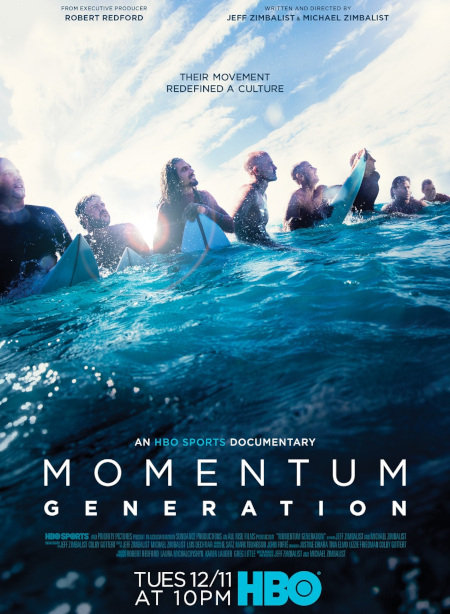 Taylor Knox: “I grew up in Oxnard Shores. It was a rough Hispanic town. My dad was a talented musician and he made it to the point where he was a big fish in a small pond. But then he got sucked into the drug scene. He and my stepmom, they would have knock-out, drag-out fights, wake up with black eyes…I was just like, ‘God, Dad, you know, What are you doing?’ I didn’t want to be like my Dad: a talented guy that just couldn’t get out of his hometown. And I didn’t want to be as strict as my mom. I needed to get out from under my parents’ thumb.”

…Kelly Slater: “Surfing was my savior. All my challenges at home and parents splitting up, I channeled all that to my surfing. I could go do something on my own, that no one else could tell me how to do, and I completely understood it. Every day was something new, learning something new on the wave. And it made me hungry.”

…Benji Weatherley: “Nothing was cooler about our crew than when Kelly won his first world title, and we put that jerk in a freaking trashcan with a helmet and a blanket and we pushed him down the hill.”

Shane Dorian on the passing of Todd Chesser: “We felt like Todd had been taken from us personally. Not just our group, but us personally. I felt like he had been taken from me. My way of dealing with it was I just felt more comfortable by myself. I just didn’t want to talk about it anymore. I didn’t want to think about it anymore.”

As you can see from that, there’s a lot of serious material here, but also a lot of lighter content. It will be interesting to see how the Zimbalists work all that together. But they certainly have an impressive track record at this point, as do HBO’s producers. And it’s notable that this is another project for Simmons, who signed an extension with HBO this summer after the success of the Andre The Giant documentary).

It’s also interesting to see HBO really continuing to put out a lot of high-profile sports documentaries. Simmons famously cited HBO’s move away from those as a reason for he and others at ESPN to start building 30 for 30, and now that’s somewhat come full circle, with a smaller year for 30 for 30 (they have done and announced more in the back half of the year, from Seau to the forthcoming 42-to-1 on the Mike Tyson-Buster Douglas fight and a yet-to-be-titled installment on Deion Sanders) and a whole lot coming out from HBO. We’ll see how this turns out, but it certainly sounds promising.