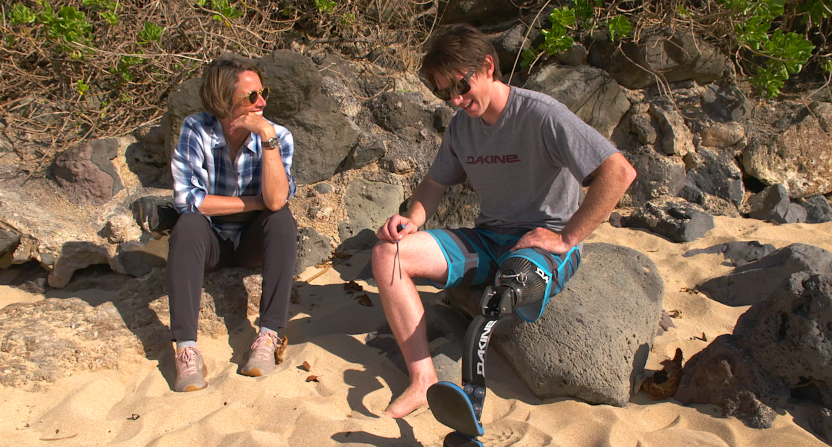 HBO’s Real Sports with Bryant Gumbel celebrated its 25th anniversary this month, and their 276th episode airs tonight at 10 p.m. ET/PT. Ahead of that anniversary, Mary Carillo (who’s been a Real Sports correspondent since 1997) spoke to Awful Announcing about where the show has been and where it’s going. Carillo has worked on a lot of documentary projects over the years, from tennis features to Olympic features for NBC to other documentaries, but she said Real Sports has always held a special place in her heart thanks to the show’s focus on detailed interviews (often involving later follow-ups) and its ability to present smooth-flowing stories without commercial interruption.

Carillo said something else that separates Real Sports is its decision not to use background music. She said she misses that sometimes, as music can help build emotions around a piece and make it more powerful, but that Real Sports choice means that the interviews have to stand out even more, something that she thinks they’ve been able to do.

“There are a lot of documentaries where there’s music under pretty much the whole thing. And it’s powerful. Sometimes in edits I’ll think ‘This could really use something, they’ve got to help us out.’ But this was to be more like 60 Minutes; the interviews are framed like that, and basically the whole idea is that we’re not going to use anything to distract from that. We’re going to bring the goods. …The stories are emotional.”

One of those emotional stories was Carillo’s 2019 feature on Colin Cook, a surfer who lost his leg to a 2015 shark attack, but then returned to the sport. Carillo’s seen interviewing Cook above; here’s a clip from that story.

Carillo said that Real Sports has stuck to what has worked, so it isn’t much different now than it was when she began working there. But one area where they have altered their approach a little bit is with the format; there are still lots of four-segment episodes, but they’ve also gone to some three-segment or fewer ones, giving each story the amount of space it needs.

“I think it’s very much the same; the whole concept hasn’t changed at all. But there have been times where we’ve gone from four stories a show to three, or even some longer ones.”

Real Sports has won a ton of awards over the years, including 33 Sports Emmys. Carillo herself won a Sports Emmy for her 2005 “Labour of Love” feature on Dick and Rick Hoyt, the father and son duo who have completed numerous marathons Ironman triathlons together. (Rick has cerebral palsy, so Dick pulls him in a boat during the swim phase and pushes his wheelchair during the run phase; they compete on a special tandem bike during the biking phase.) Carillo said that piece (and the later follow-ups she did) still stands out in her mind.

“That was one of the most unique stories I’ve ever done,” Carillo said.  “The resilience is incredible. …This father is willing to sacrifice to give his boy a different life.”

Another notable piece that stood out to Carillo was her trip to Pakistan to cover Maria Toorpakai Wazir for a 2013 Real Sports feature. Toorpakai Wazir posed as a boy to compete in weightlifting and then in squash, both of which were banned for girls. Carillo said she was excited to tell Toorpakai Wazir’s story, but doing so created some challenges.

“Going to Pakistan was different, I had to cover my head, and they wanted to do a standup in a very crowded throughorfare in the center of town, a walk and talk, and one of our handlers was like ‘Uh, they’re going to come at you cursing.’ And I did one and thought it was a pretty good take, and the director said ‘Okay, can you give me one more?’ and I said ‘I will do ONE more.’ It was something else, I could feel all these eyes converging on me.”

While 25 years is quite the notable run for any show, Carillo said she feels Real Sports still has plenty of stories to tell. And she thinks their approach still works well, and still brings some light to some of sports’ most notable stories.