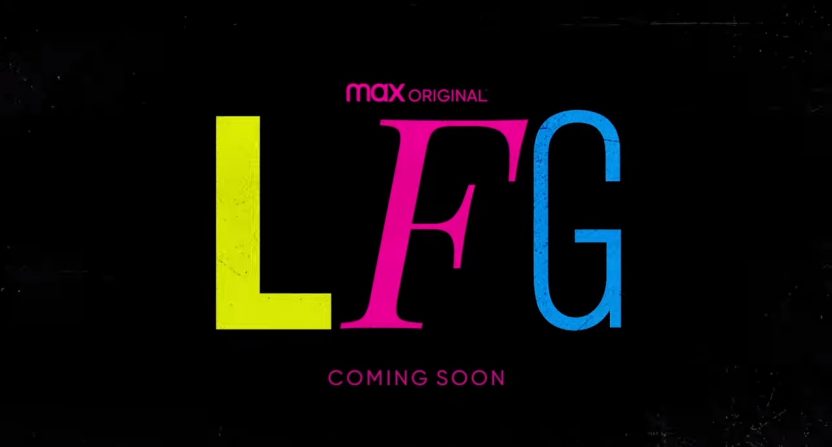 LFG, a new documentary on the U.S. women’s national soccer team and their fight for equal pay, is a remarkable chronicling of that fight (so far) as it happened. The documentary, directed by Andrea Nix Fine and Sean Fine and available now on HBO Max, is well-timed; the USWNT is set to head to Tokyo soon for the Olympics. The roster has just been released, and there will undoubtedly be conversations about their push for equal pay around their play in that tournament. It’s a smart and interesting look at why this battle matters to these players, what their position is, and how it’s been for them to juggle this push for equal pay alongside their careers as professional athletes.

The 105-minute LFG (which, as discussed early on, stands for the USWNT’s internal rallying cry of “Let’s fucking go!”) stands out from many sports documentaries on three fronts. It’s about a relatively recent event, its focus is primarily on off-the-field events, and much of its footage is of players’ thoughts and feelings and reactions in the moment, not upon reflection later. (There’s a fair bit of later reflection footage too, but a lot of the footage that really hits home is the in-the-moment content.)

That makes LFG feel closer to an embedded all-access or behind-the-scenes series, even though those have often been more “day-in-the-life” than issue-centered. So the combination of an issue-driven documentary subject with in-the-moment reactions is relatively unusual, but LFG is a good example of how that can work. And it may expand the amount of embedded series and documentaries we see going forward.

While every player on the team signed off on this lawsuit, the documentary primarily spotlights six current players: Megan Rapinoe, Jessica McDonald, Becky Sauerbrunn, Kelley O’Hara, Sam Mewis, and Christen Press (all except for McDonald are on the current Olympic roster). It wisely has them talk about each other near the start, providing a sense for who each of these players is on and off the field.

Other notable figures are interviewed as well, including ESPN analyst and former USWNT player Julie Foudy, players’ lawyers Jeffrey Kessler and Cardelle Spangler, and players’ spokesperson Molly Levinson. A card at the start says that “The U.S. Soccer Federation declined to participate in any on-camera interviews for this film,” and that’s probably a fine outcome; this is largely the players’ story and on-camera USSF attempts to rebut it likely wouldn’t add much here. Though it is notable that the USSF was asked.

Update: The USSF has since responded with this extremely questionable and disputable thread attempting to present their side of the story on player pay:

In the new movie “LFG”, there is a concerning level of dishonesty about U.S. Soccer and the USWNT’s compensation that we feel must be addressed. Specifically, lawyer Jeffrey Kessler presents a misleading and inaccurate account of the facts.

If you feel like reading through those attempts to state their own claims, many of which are addressed in the film, go for it. Otherwise, let’s get on with the discussion of LFG.

Each of the current players bring their own value and their own perspective to the story. Rapinoe has been the most public face of this fight, and is the most widely-known player currently on the team. It’s neat to see her discuss their equal pay work in her public interviews as well as seeing her work behind the scenes. Press has also appeared in many interviews on the subject, and it’s interesting to see the role she has played behind the scenes in building her teammates up. Sauerbrunn, as USWNT captain, adds a long-time USWNT veteran’s perspective. Mewis has a notable perspective as a younger player while O’Hara stands out as someone who’s always ready to say what she thinks. Mewis at one point describes O’Hara with, “I say this in the most respectful way: you always need a little crazy in your team, and she brings the crazy.”

It’s McDonald’s story that really makes the stakes of this hit home. The documentary explores the challenges she faces in balancing her career and raising her son Jeremiah, her talking about making $15,000 in the NWSL most years and having an offseason job packaging boxes at Amazon, and her discussing how she has to take coaching gigs on the side to supplement her playing income. McDonald makes a good point that the current setup selects against those who want to have a family: “We want to get paid more fairly. We want more moms out there. It’s a badass thing when you can juggle being a parent and getting paid well for what you’re doing.”

The inclusion of Foudy here is also quite smart. There’s good footage of her and the USWNT back at the 1999 World Cup, supplemented with her comments on their conditions back then (which, to McDonald’s point, saw countless players retire in their mid-20s to pursue family goals or more lucrative careers) and their attempts to improve things then. The historical context and perspective matters, and Foudy can speak to both where this fight has been and where it is currently. She has a standout line of “The fact that it’s been ongoing for 20 years now is discouraging. I don’t think things change historically until people get angry enough and motivated enough to rise up and say ‘This isn’t fair.'”

LFG begins around March 8, 2019 (International Women’s Day), when the players sued U.S. Soccer for gender discrimination for how they’re paid relative to the Men’s National Team. The documentary does a good job of illustrating the specifics of this complaint. It’s a lawsuit against USSF, not FIFA, so FIFA’s distribution decisions aren’t at issue, and it’s a lawsuit about rate of pay rather than total pay. The women have made slightly more than the men at times, but that’s with them maxing out bonuses for World Cup titles and other tournament championships, compared to the men not qualifying for their World Cup. It also shows how and why the players took this approach, and how their announcement was received, from criticisms from random Twitter users to support from famed sports figures.

There is some on-pitch content here, especially around the team’s competition in the 2019 World Cup, which took place just two months after the start of the lawsuit. What’s well done about this is that LFG doesn’t get bogged down in the details of that tournament. It shows some memorable moments, but largely discusses this in the light of the world’s reaction to the players, including criticism for a 13-0 win over Thailand and criticism from then-president Donald Trump.

Rapinoe’s reaction to the latter is notable: “It was laughable. It was crazy. And then it was like ‘Hold my beer,'” with the documentary then cutting to her famed celebration pose against France. She says, “That pose was like you’re not going to steal my joy, are you not entertained, what more do you want?” Beyond that, the most standout moment from the World Cup footage is actually what happened after the team’s championship, when fans started chanting “Equal pay!” McDonald says, “That’s when I felt the movement. It’s not just us. It was like the world is on our side.”

While many fans may be on the players’ side in this push for equal pay, the USSF administration certainly wasn’t and isn’t. LFG does a good job of showing how that battle played out over the next couple years, which include awkward exchanges at World Cup celebration events from then-USSF president Carlos Cordeiro getting booed, saying “We hear you, we believe in you, and we’re committed to doing right by you” and “We believe that US soccer and all female athletes deserve fair and equitable pay,” and then not delivering on that, as well as media appearances through contentious depositions and mediation.

The filmmakers weren’t allowed in the room for the depositions and mediation sessions, but they have remarkable access to these players beforehand, including as they’re heading to those sessions. That, combined with the thoughtful usage of selected group text material, really helps illustrate how these players felt at the time, how difficult this fight has been for them, and how important it is to them.

One of the most poignant parts of LFG is on the USSF legal filing that claimed women’s soccer players are paid less because they’re physically inferior to men. The documentary does well to show the immediate outrage from the players and how that particular tactic hurt them, plus how poorly it was received elsewhere. There’s a great broadcast clip included of play-by-play announcer Sebastian Salazar being handed a USSF recantation statement late in a USWNT match, reading it, and then analyst Foudy going off on that approach, especially on Cordeiro’s claims that he didn’t approve this tactic from the lawyers he hired. Foudy shoots that down heavily on the air saying, “You know this is happening!”

More than anything, that clip really shows the ham-fisted way the USSF dealt with much of this situation. If they had timed that statement differently, it would have received regular news coverage, but putting it out during a match made it a germane subject there, and brought discussion of this to the match audience, and made Cordeiro look even worse.

That’s not the only example; many of their statements throughout this fight earned widespread condemnation not just from players, but from fans, including their statement calling the team’s goals “inflammatory.” But that particular “I didn’t know” statement, and the timing of it that allowed on-broadcast criticism, was a huge misstep, and it’s covered well in this documentary. Cordeiro would later resign for those comments and former USWNT player Cindy Parlow Cone was elected. Parlow Cone apologized for those comments right after being elected USSF president.

The USWNT’s fight for equal pay has had plenty of highs and lows so far. And while it’s an ongoing fight (in appeals court at the moment),  LFG is an excellent look at the story to date, and one that was present for both the highs and the lows. It’s a good use of access, and a good way to tell a long-running sports story that isn’t really about what happens on the pitch. For any people interested in this team and why they’re pushing for this the way they are, this is well worth a watch.

LFG is available for streaming now on HBO Max.