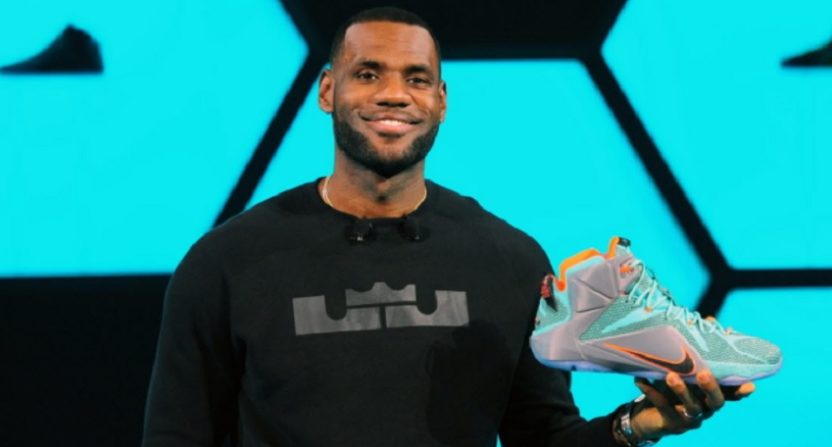 HBO is having a decent run right now with comedies, including Ballers, Insecure and Silicon Valley, in addition to sports mockumentaries such as the recent Tour de Pharmacy. The premium cable network might be expanding that roster, while also doing business with NBA superstar LeBron James.

As reported by Deadline’s Nellie Andreeva, HBO is developing a half-hour comedy series with SpringHill Entertainment, the production company of LeBron and business partner Maverick Carter. The show will be about the sneaker culture phenomenon, following two best friends who run an increasingly popular sneaker store outside Los Angeles and the employees who work there.

Plenty of comedy could seemingly be mined from the obsession over sneakers. Some want everything and need the latest releases in their collections. Others seek the rarest sneakers, made available for an exclusive audience. Many are devoted to a certain line like Nike Air Jordans or Air Yeezys. There are custom sneakers where the designs are chosen by the buyer. Others are designed by celebrities, like NBA stars or rappers. Discoveries can be found at outlet stores or parties. And what’s meaningful to one collector may not mean as much to another. These obsessions extend to other countries as well, notably Asian regions.

Those are just some examples. There are many storyline possibilities to work with. (What happens when someone like LaVar Ball tries to enter the competitive world of sneakers?) Regardless of what type certain sneaker obsessives may fit, those same compulsions often apply to consumer culture as a whole. For instance, what about technology “first adopters” who need be the first with the latest gadget? Gotta have the latest iPhone.

No start date has yet been announced for the sneaker comedy, which doesn’t yet have a title. But writers Shawn Wines (High Maintenance) and Lemon Anderson (She’s Gotta Have It) are currently developing the concept and presumably writing the pilot.

SpringHill Entertainment has quite a few projects currently under development in Hollywood. A comedy about assistants at a sports agency is at CBS. The company is also working on a drama set in the world of sports medicine and a sitcom about a white family moving into a black neighborhood for NBC. James and Carter are also executive producing a multi-part documentary on the NBA with Showtime. Additionally, SpringHill has a development deal with Warner Brothers.

Projects that the company has already gotten to the air include basketball-themed comedy Survivor’s Remorse, about to begin its fourth season on Starz, reality series Cleveland Hustles for CNBC and game show The Wall, which has been running this summer on NBC.