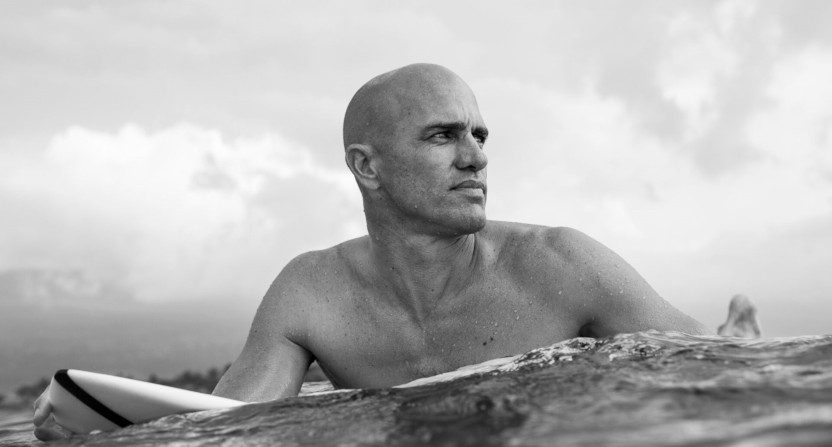 HBO’s 24/7 documentary series has what should be an interesting installment coming next week, an hour-long feature on 47-year-old surfer Kelly Slater as he prepares for the famed Pipe Masters event later in December. This will debut Tuesday, Dec. 9 at 9 p.m. ET/PT on HBO (as well as on their streaming platforms). Here’s a trailer they released this week:

And here’s more about the project from an earlier HBO release:

The one-hour special will offer an intimate look at Slater’s life on the North Shore of Oahu, where he keeps a residence and surrounds himself with close friends and family. HBO cameras will capture Slater competing in the prelude to the prestigious Pipe Masters, the November Hawaiian Pro at Hale’iwa, while he reflects on his storied career in the WSL and his path ahead.

“At 47 years old, Kelly Slater is not only one of the greatest surfers of all time, but also one of the greatest athletes of all time,” says Peter Nelson, executive vice president, HBO Sports. “In a career spanning three decades, Kelly grants HBO unprecedented access to his process in and out of the water for 24/7 on his continued record-breaking, age-defying quest.”

Kelly Slater said, “I’m excited to have HBO 24/7 in Hawaii with me to cover what happens in my life and on tour as the year winds down. Hawaii has been my favorite place since I was a little kid and being the birthplace of surfing, it’s the best place on earth to get the behind the scenes on what goes into surfers’ lives for competition and big waves. I’m really looking forward to it.”

This is an interesting project on a few levels. One, it marks a new sport for the 24/7 documentary franchise, which has previously covered boxing, hockey, NASCAR, golf, and college football (with that venture into college football coming earlier this year). Two, it continues a foray into surfing coverage on HBO; they found great success with the documentary Momentum Generation, which premiered last December, focused on a wide group of top surfers who grew up together in Hawaii (including Slater), and won the 2019 Sports Emmy for Outstanding Long Documentary. And three, it’s fascinating to see an all-access project on Slater; he’s an incredible talent who’s received a lot of media attention for decades (both for his surfing success and for other ventures like the artificial wave technology he created, which HBO’s Real Sports featured in 2017), and he has a remarkable story to tell at this moment (how many athletes are still near the top of their field at 47?), but he’s often seemed very careful with what he says and how he presents himself.

Slater seems to be loosening up a bit in recent years, though. His 2016 Undeniable appearance saw him discussing Jeff Spicoli with Joe Buck, and while he still seemed reserved compared to some of the other participants in Momentum Generation, that project also showed him being candid and emotional at times. And it should be pretty interesting to see what an all-access hour on Slater shows. The trailer alone suggests he’s having some thoughts about how long he’s going to keep competing, and it will be worth watching this to see how those are explored.