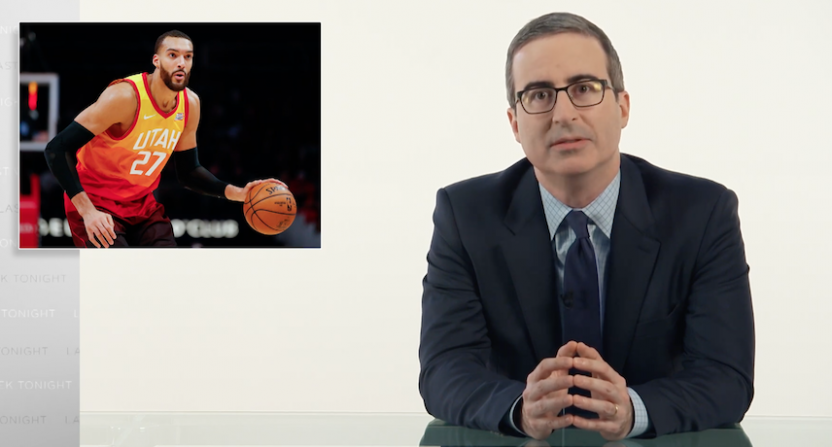 The coronavirus crisis in the United States became very real for many people Wednesday night when the NBA decided to suspend its season after Utah Jazz center Rudy Gobert tested positive for COVID-19.

In the days since then, the NHL and MLS also suspended their respective season, the NCAA canceled the national men’s and women’s basketball tournaments, and Major League Baseball postponed the start of its 2020 campaign. And those are just the significant preventative measures taken in the sports world.

Throughout the country, many of us restricted social activities and stayed home during the weekend in order to prevent possible contamination and spread of coronavirus. Schools have been closed, along with virtually any setting where large gatherings take place, such as bars, restaurants, movie theaters, and gyms. Those who can work from home are doing so, with many having to take care of children.

But this entire situation became very real for people when the NBA shut down its season Wednesday. To begin his look back at the week and the only news that truly matters right now, John Oliver zeroed in on the NBA and Rudy Gobert on Sunday’s Last Week Tonight. [The Gobert talk and subsequent effect on sports runs from the 1:30 mark to 3:00.]

“Maybe the best sign of just how fast it all happened came, as it always seems to, from Rudy Gobert of the Utah Jazz,” Oliver said before a news segment showing Gobert jokingly touching all the recording equipment of the reporters talking to him.

“Nice work there, Rudy!” Oliver continued, saying that what Gobert did “feels too stupid to actually be real” but was “just stupid enough” amid the current climate of denial and misinformation.

Oliver also got in a shot in at the NHL, joking that “America’s major sports were suspended — as was hockey.”

And no, Oliver was not broadcasting Sunday’s Last Week Tonight from the pre-loading “construct” scene of The Matrix. The show records at CBS Studios in New York, which were closed down last week after two employees tested positive for coronavirus. During the past couple of days, programs (such as CBS This Morning) were allowed to record in the building’s studios with limited staff.

The circumstances were certainly understandable, if a bit weird without a studio audience for Oliver to play to and provide laughter to his jokes. At any minute, it looked as if Keanu Reeves or Laurence Fishburne might pop up on the broadcast.