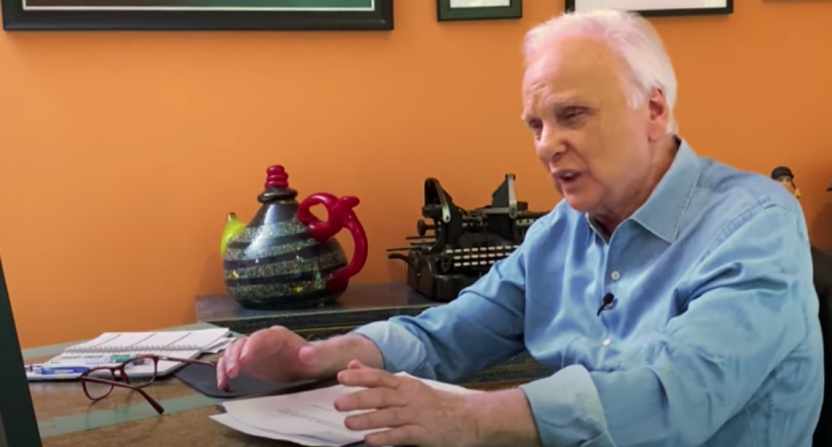 On September 15th, a Warner Media press release went out touting the September episode of HBO Real Sports, which was set to air the next week (this past Tuesday). In that release, one segment was listed as the following:

In the days following this release, a trailer was put out on the segment and we were sent a screener of the segment, all of which is normal operating procedure for the show. What’s not normal is that the feature did not air on Tuesday, and was instead replaced with a years old segment about participation trophies. The press release, screener, social media mentions, and trailer have now all been removed from the web.  So what happened here?

Early on Tuesday morning, Outsports reported that HBO had decided to pull the feature on Monday. Their extensive article on what transpired is summarized below.

Goldberg was yelling at me through the phone. I noted that he was obviously upset and asked him why.

“The reason I’m upset? Yeah: Because I am tired of activists wanting their way. Screw that. If I can’t say that June Eastwood used to be [X] Eastwood, what in the whole world is that? Who says? Because transgender people say that’s the rule? No! That’s not the rule. That’s your rule, maybe. It’s not my rule,”

I concluded by asking Goldberg if he was aware of GLAAD, which has a media guide offering advice to journalists who interview the trans community; one suggestion is to avoid deadnaming.

“I know about GLAAD,” he said. “Advocates, I don’t care. Don’t you understand that they’re an activist group and I’m a journalist? If you don’t get that, I’m not sure what kind of sports journalist you are.”

There is obviously a lot to unpack here, and I’d certainly encourage you to read the original Outsports article on the topic. HBO didn’t provide comment for Ennis’s article, but did provide me with the below comment

“REAL SPORTS explores stories from across the world of sports and at its core examines culture, ethics and the human experience.  Out of respect for concerns raised by an athlete whose voice was central to a segment planned for broadcast, we decided to remove the interview. As a result of this, the segment was postponed.”

We missed our window to view the screener so it’s hard to fully weigh in here, but I do think it’s pretty clear that Ennis and Eastwood’s concerns were legitimate, if not alarming. I also think HBO was wise to walk away from the feature. We’re told that HBO made an attempt to edit Eastwood out of the piece, but felt the piece just didn’t pass muster in terms of being comprehensive and filling the allocated time for the feature. HBO did not commit to whether the segment would air in a future episode, and while others have in the past after having been postponed, I’m not as confident that will be the case here.

Airing it in a future episode would bring significantly more scrutiny than I think HBO would want. Additionally, the exchange between Goldberg and Ennis and the strong negative reaction from the LGBTQ community seem to indicate there is too large of a rift here that can be bridged by reworking the piece. Frankly, it didn’t seem like Goldberg had much interest in revisiting the piece and bend the piece to the criticisms voiced.

While it’s not encouraging that HBO was close to airing a piece that would have generated such negative feedback, I do want to give them some credit from walking away from the piece (at least for now). I can tell you that a lot of shows and networks would push ahead without a care at all about a brewing controversy. In fact, a lot of networks would see the controversy as a benefit and lean into it.

What is disappointing is this is certainly an topic that certainly warranted a deep dive that only Real Sports and a few other programs can do. Now it looks like the issue of transgender women  competing in scholastic athletics will not get that type of illuminating coverage.

Beyond the feature itself is Goldberg’s ongoing future at Real Sports. Goldberg is 75 years old and, from what I can tell, the show’s only conservative voice. Goldberg certainly helps the show in terms of diversity of opinion, which I think should be viewed as a positive. However, it’s not hard to make the case that a bad cycle of press, the amount of lost resources spent in producing a feature that may not ever air, and his age could see Real Sports consider moving on from Goldberg whenever his contract ends.

While that case at first glance seems to have some level of merit, Goldberg has an extensive and distinguished history at Real Sports. While it maybe easy to pile on him for missing the mark here (and the indignant attitude conveyed in the interview), Goldberg’s work over the past few years has produced a lot of eye opening, substantive journalism that has been universally lauded. I think given the history, this won’t have an effect on when he decides to either retire or move on to something else.

On the bright side, even with the segment not airing, the controversy itself is bringing some fraction of attention to the issue in a more responsible way, which should be viewed as a good thing.