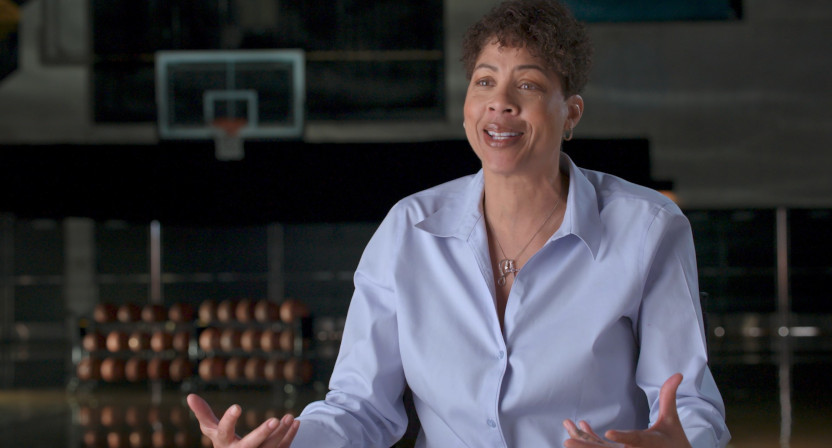 HBO has been airing quite the run of sports documentaries recently, from Momentum Generation to Diego Maradona to Any One Of Us. Last month alone saw them air Belichick & Saban and Well Groomed, and November saw them air Lindsey Vonn: The Final Season. They’ve now announced another documentary they’ll be airing in March, in partnership with Bill Simmons’ Ringer Films and Triple Threat TV; Women of Troy, “an illuminating tale of the historic and transcendent USC women’s basketball team of the 1980s.”

Here’s more from HBO’s release on this:

Directed by acclaimed feature-film director Alison Ellwood (“History of the Eagles,” “American Jihad”) and produced by Gary Cohen of Triple Threat TV, the film explores how the Cheryl Miller-led Trojans changed women’s basketball forever with their up-tempo style and superior athleticism en route to winning consecutive national championships, and ultimately influencing the establishment of the WNBA. WOMEN OF TROY debuts TUESDAY, MARCH 10 (9:00-10 p.m. ET), exclusively on HBO, as the world of college basketball prepares to tip-off the whirlwind frenzy of the NCAA’s “March Madness.”

“Women’s basketball has evolved from a sport to a movement over the past few decades,” says Peter Nelson, executive vice president, HBO Sports. “Cheryl Miller and her team at USC played a significant role in the rise of women’s basketball, and their landmark contribution merits recognition and deeper reflection. We are excited that filmmaker Alison Elwood chose to direct this illuminating film.”

…“I’m always drawn to stories about pioneers and this is a quintessential example,” says Bill Simmons, founder of Ringer Films. “The impact of Cheryl’s USC teams was on par with what Julius Erving did with the ABA – they took a sport that wasn’t on the map, reinvented it and paved the way for all the successes that women’s college basketball is enjoying now. And Cheryl was just iconic. I’m so excited that she finally gets her just due in this film.”

“These women were trailblazers whose talent and charisma created new possibilities for women in basketball and in countless other pursuits,” says Alison Ellwood, director of Women of Troy. “Cheryl Miller, Cynthia Cooper and their teammates left the game of the past behind and created the game we know and love today.”

The film “pivots” on the 1983 NCAA championship showdown between USC and reigning champion Louisiana Tech and how that changed the lives of the women involved, but it will also cover the rest of that USC run (which included two national titles and a visit to the White House; they were the first collegiate women’s team to gain that invitation) and what happened for the players involved afterwards.

This will feature several prominent interviews, including with Miller (seen at top), Cooper, Paula and Pam McGee (all who had their numbers retired by USC), fellow Trojan stars Juliette Robinson and Rhonda Windham, and coaches Linda Sharp and Fred Williams. There’s an extensive list of other figures interviewed about the impact of those USC teams, too, including ESPN broadcasters Doris Burke, Rebecca Lobo, and Jackie MacMullan, coaches Sonja Hogg, Geno Auriemma, and Kim Mulkey, Basketball Hall of Famers Nancy Lieberman, Ann Meyers, and Reggie Miller, and famed player Candace Parker.

Women of Troy is directed by Ellwood and edited by Ross Hockrow, with producers Gary Cohen, Matt McDonald and Branson Wright and executive producers Bill Simmons, Peter Nelson and Rick Bernstein. It will premiere on HBO Tuesday, March 10 at 9 p.m. ET.